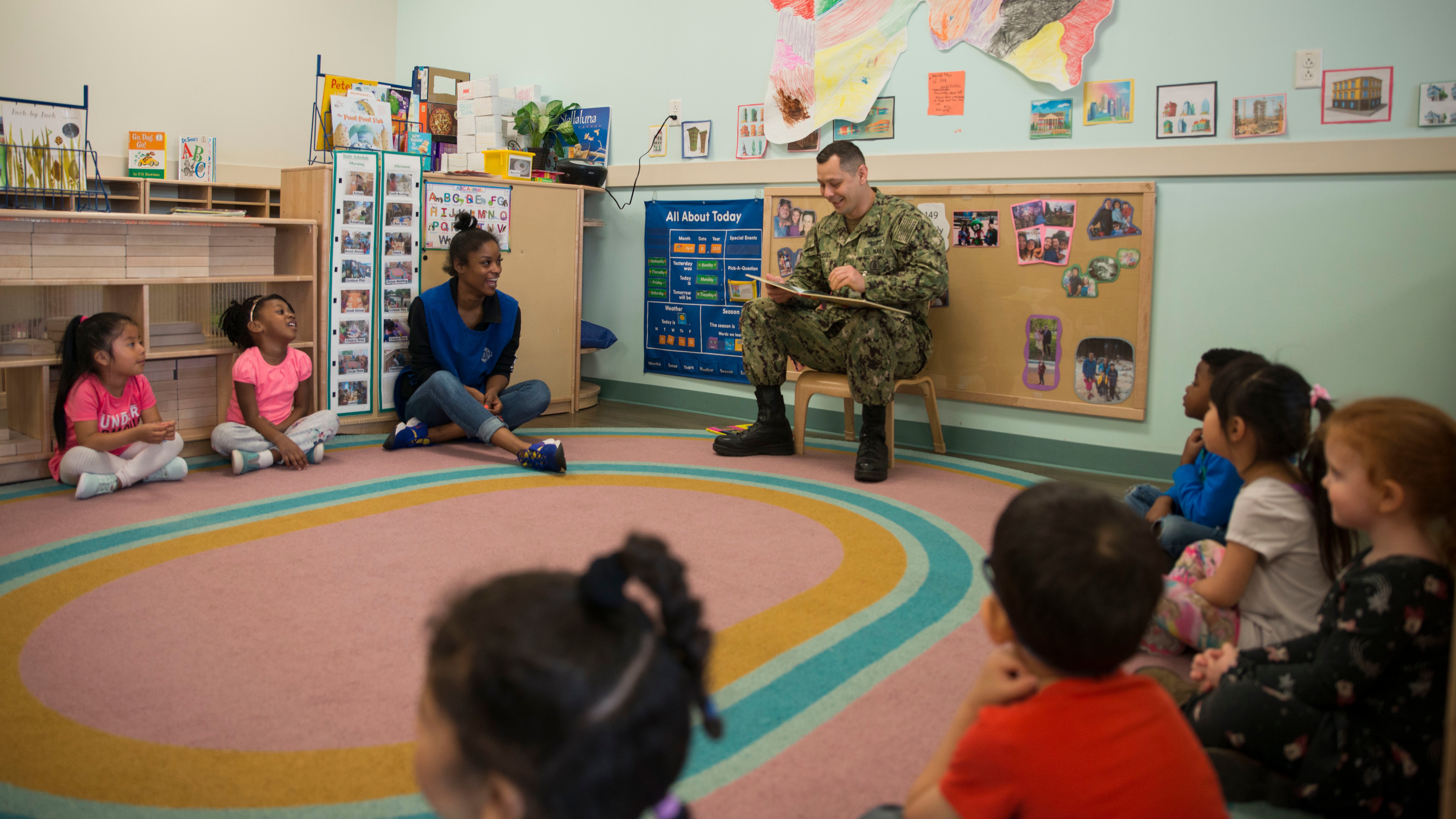 Up to 1,000 infants and toddlers of active duty Coast Guard members could lose their places in the Department of Defense-run childcare facilities due to a new policy changing how the Pentagon prioritizes the allotment of care.

If fully implemented, the Coast Guard will need between $6 million and $8 million in additional funding to expand a subsidy program that helps military families offset the cost of private-sector childcare when spots at on-base facilities are unavailable, Commandant of the Coast Guard Adm. Karl Schultz told lawmakers on Tuesday while speaking to the House Appropriations Homeland Security subcommittee.

The Pentagon’s policy change, announced Monday, lowers the priority level of children of active duty and civilian Coast Guard members to what is essentially space available. Schultz isn’t sure if the Pentagon’s move lowering the priority of Coast Guard children was intentional or an oversight, but he is raising the issue with the Joint Chiefs of Staff.

“I intend to have some high-level discussions with DoD officials,” Schultz said. “Worst case, I’d advocate to grandfather our folks in there.”

Currently, the Coast Guard runs nine childcare facilities in the U.S. Out of the 700 children attending these facilities, Schultz said 550 are from families with at least one active-duty Coast Guard parent and the rest of the children are from either civilian employee or active-duty Department of Defense families.

An additional 1,700 children from 1,300 Coast Guard families participate in a program subsidy program designed to help families offset the cost of off-base childcare. Schultz said as of now, the Coast Guard funding for this program is already short by about $2 million short of where it needs to be, without counting the approximately 1,000 more children who might be added to the subsidy rolls.

The other service branches also have severe demand for childcare spots. The Navy’s childcare center waitlist has a waitlist of 9,000 toddlers and infants – unchanged from a year ago – said Greg Slavonic, the assistant secretary of the Navy for manpower and reserve affairs, when speaking Wednesday at the Senate Armed Services subcommittee on personnel.

“Over time, child care access expanded to serve the total force, but we must not lose sight of the service member and mission requirements. We must ensure that our military members and families have the support needed in order to be mission ready,” said Virginia (Vee) Penrod, acting assistant secretary of defense for manpower and reserve affairs, in a release.

The Coast Guard is a branch of the military, but operates under the Department of Homeland Security, and receives its funding through a separate appropriations process than the departments of the Navy, Army and Air Force.

The Coast Guard is locked in a near-constant recruiting competition with the other military branches, but with a much smaller topline budget. In Fiscal Year 2021, the Department of Homeland Security’s proposed budget provides $12.3 billion in funding for the Coast Guard.

The pay per rank is standardized across the military. Still, every extra benefit helps recruit and retain personnel, Schultz said recently at the WEST 2020 event cohosted by the U.S. Naval Institute and AFCEA. Childcare, training, the condition of and tuition assistance all help retain personnel.

“Tuition assistance, I fund that at 50 percent because I’m constrained by the top line,” Schultz said at WEST.

Yet the Coast Guard is asked to help with military missions, Schultz said during the Tuesday hearing. He cited the increased presence of Coast Guard cutters in the Western Pacific, in coordination with U.S. 7th Fleet forces.

“The U.S. Navy had a loss of capacity with the Fitzgerald and McCain, so we were able to free up some of the Navy’s missile, ballistic missile ships for higher priority areas,” Schultz said, referring to the two 2017 deadly collisions involving USS Fitzgerald (DDG-62) and USS John S. McCain (DDG-56). “We were doing DPRK (North Korea) sanctions work. Capacity work. (USCGC) Bertholf (WSML-750) did a Taiwan Strait transit.”