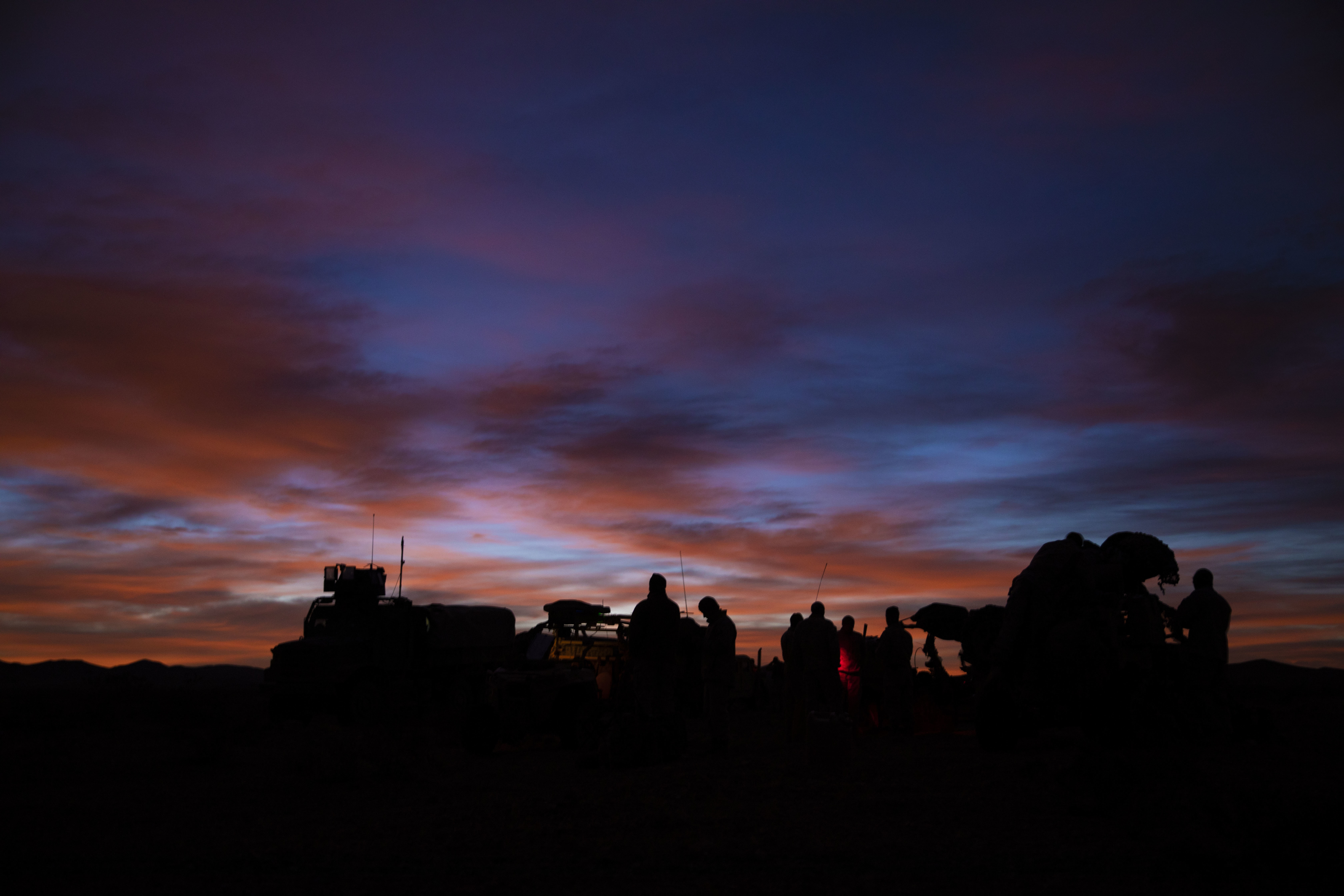 SAN DIEGO, Calif. – When a division of Marines deployed across a wide swath of the Southwest during a recent live-fire field exercise, the Navy’s new satellite communication system helped close a command and control gap that’s often-vexed commanders and their subordinate units.

The Marine Corps has begun fielding MUOS to operational units, including the 1st Marine Division, based at Camp Pendleton, Calif. 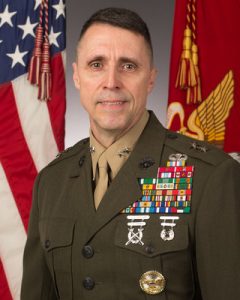 “This thing has been a game-changer for us, especially with direction to the division two years ago to be lighter, more lethal, more mobile and more survivable,” Maj. Gen. Robert F. Castellvi told an audience at the WEST 2020 conference cohosted by the U.S. Naval Institute and AFCEA on Monday.

“It has bridged the digital divide gap we have between our higher headquarters that require high bandwidth systems and the battalion and below command posts that are dependent on very narrowband systems.”

Marines put MUOS to the test on the battlefield during the division-level exercise Steel Knight 2020, held in late 2019 in Southern California, Arizona and on ships at sea. The exercise pitted 13,000 Marines and sailors, against a near-peer opposing force to challenge 1st Marine Division units.

“The division MUOS network served as a redundant and resilient communication network that protected and guaranteed the use of our primary command-and-control application – at all levels,” Castellvi said. “During the exercise, we actually put MUOS to the test – and it fared remarkably well.”

“We hired these guys to intentionally try to poke through the system. They did their very best, and we got some good lessons that came out of that,” Castellvi said. 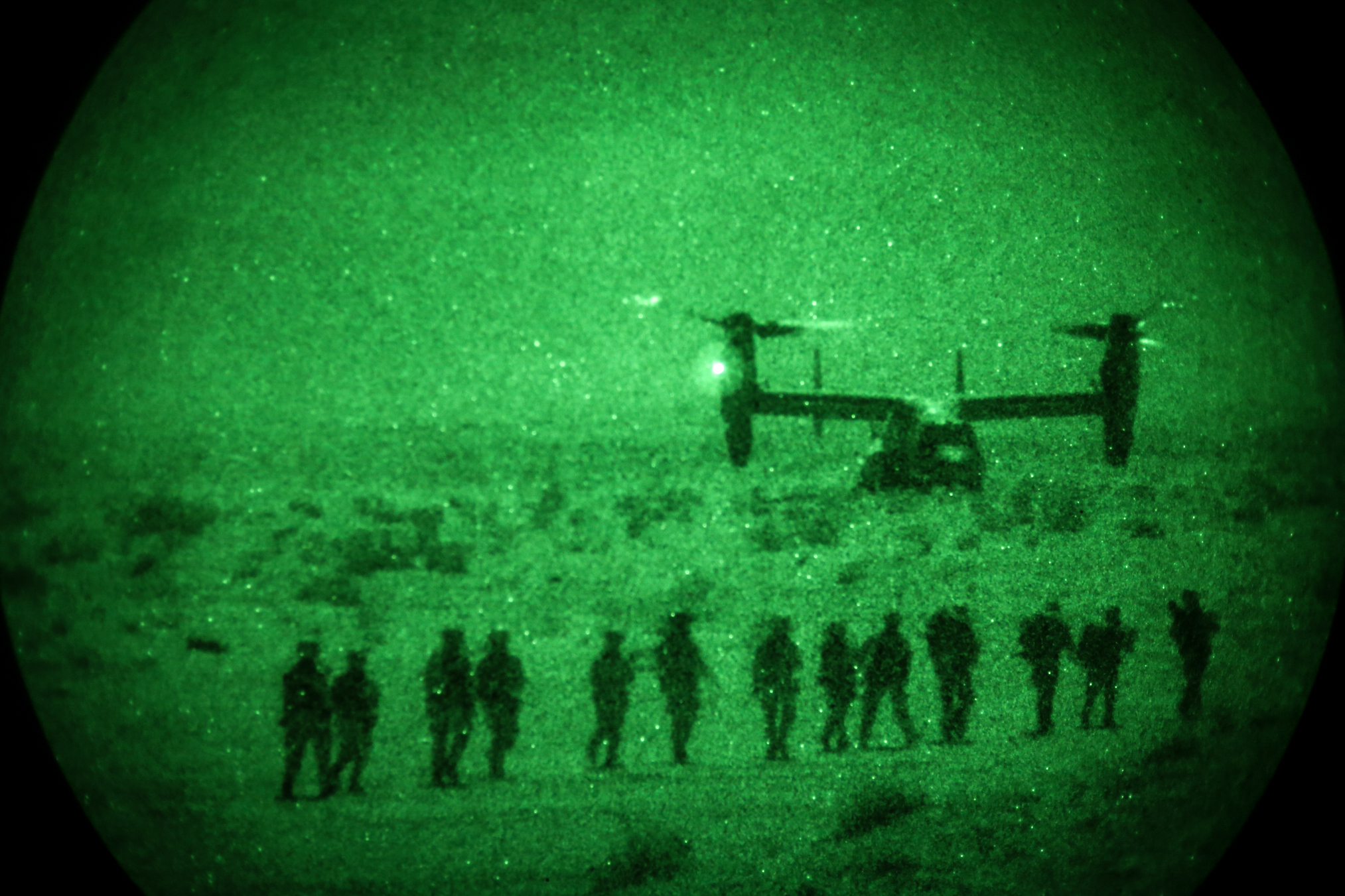 The next-gen SATCOM is one of several new technologies the division commander said is helping bolster command, control, communications, computers and intelligence capabilities for Marines across the operational force.

Castellvi said another program called Network on the Move-Airborne, or NOTM-A, is giving commanders a greater ability to conduct regimental-sized air assaults – it’s a core mission for the division – by providing more consistent airborne command and control, particularly once the force is in the air an in route to a mission or target.

But until last year, “when it came to command-and-control, you may have had the ability to effectively command a force while airborne, but you really couldn’t say that you were able to control it,” he said. “That’s no longer the case.”

That airborne communications architecture was put to the test during Steel Knight 2020 when the 5th Marine Regiment conducted a major air assault with Marine Aircraft Group 39, both based at Camp Pendleton. As the assault force traveled between Camp Pendleton and Yuma, Ariz., the assault force commander was able to communicate with his subordinate leaders, which gave them better situational awareness and the ability to make decisions much faster, he said.

During Steel Knight, the 1st Marine Division’s G-6 shop created a wireless Secret Internet Protocol Router Network, or SIPRNET, for the first time, Castellvi said. It effectively created a wireless combat operations center, or COC. That reduced the set-up and tear-down time it takes the division to establish the COC’s communication architecture and makes the command post more effective by giving the commander more time to make decisions, Castellvi said.

It’s not just the physical footprint, but another objective during Steel Knight was to reduce the division’s electronic signature.

During the exercise, opposing forces attacked both the division’s COC and subordinate units’ command posts, prompting Marines to respond and detect further electronic warfare attacks. “Our radio operators correctly responded by transmitting…to progressively reduce our electronic signature,” Castellvi said. “It was amazing to see how low they can bring our signature down… down to what the enemy would have seen was equivalent to a single PRC-177G radio.”