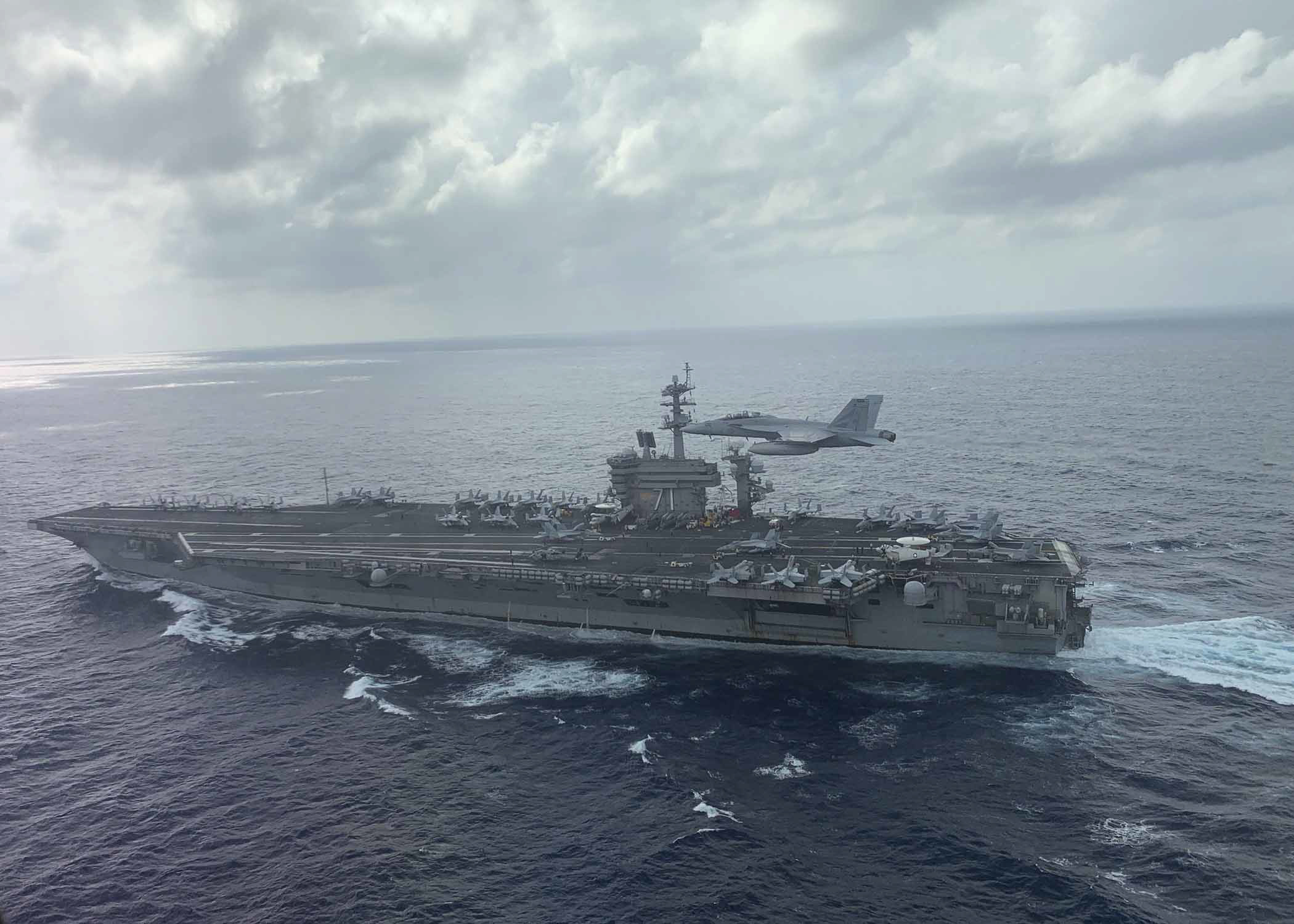 This post has been updated to clarify Vietnam’s foreign navy policy. One ship per foreign navy is allowed to visit annually.

Vietnamese policy allows one ship per foreign navy to visit a year. While the U.S. government has pushed for an annual aircraft carrier visit to Vietnam, the Vietnamese government has been reluctant to agree, according to a background briefing by Carlyle Thayer, head of Thayer Consultancy, an Australia-based defense consulting firm.

Chinese officials are dismissive of the role the U.S. plays in maintaining peace and security in the region. Chinese defense ministry officials routinely criticize U.S. military operations in the South China Sea.

“On the South China Sea, the overall situation is improving towards greater stability thanks to the concerted efforts made by China and other countries in the region,” said Senior Colonel Wu Qian, the spokesman for China’s Ministry of National Defense, according to the official English-language transcript of a media briefing Friday. “The U.S., out of self-interest, does not want a peaceful and stable South China Sea. It has sent warships and aircraft to carry out hegemonic navigation operations in the region, and held targeted military exercises and joint patrols together with countries outside the region. These facts have proven that the U.S. is the true trouble-maker undermining regional peace and stability in the South China Sea and the black hand behind the militarization in the region.”