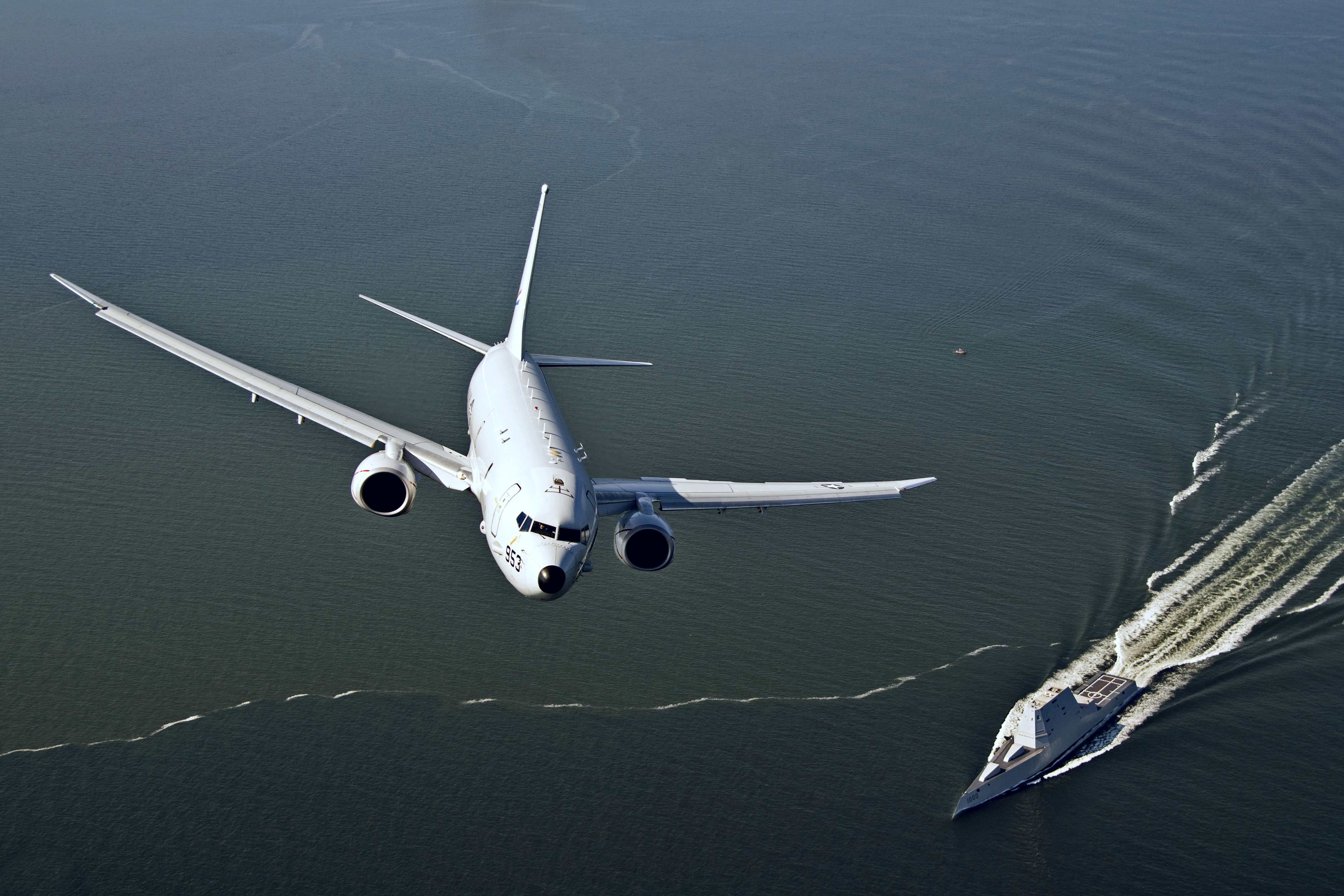 A P-8A Poseidon assigned to Air Test and Evaluation Squadron (VX) 20 flies over USS Zumwalt (DDG 1000) as the ship travels to its new home port of San Diego, Calif., in October 2016. US Navy photo.

A Chinese destroyer lased a U.S. Navy P-8A Poseidon maritime patrol aircraft that was operating over international waters about 380 miles west of Guam, the U.S. Pacific Fleet said in a statement.

The laser could not be seen by a human eye but was captured by sensors on the airplane, which is a variant of the Boeing 737 that has been upgraded with sensors and systems to support tracking surface and undersea targets.

The incident, which PACFLT called “unsafe and unprofessional,” took place on Feb. 17 and was just announced by the Navy.

Weapons-grade lasers could potentially cause serious harm to aircrew and mariners, as well as ship and aircraft systems, PACFLT noted in its statement.

The destroyer involved appears to be Hohhot, a Type 052D or Luyang III-class destroyer in the Chinese People’s Liberation Army Navy. This destroyer, pennant number 161, is among the newer Chinese destroyers and entered the fleet last year, according to news reports.

The PACFLT statement says the lasing violates both bilateral and multilateral agreements between the U.S. Navy and PLAN, including a 2014 agreement that specifically notes that the use of lasers could cause harm to personnel or damage to equipment. 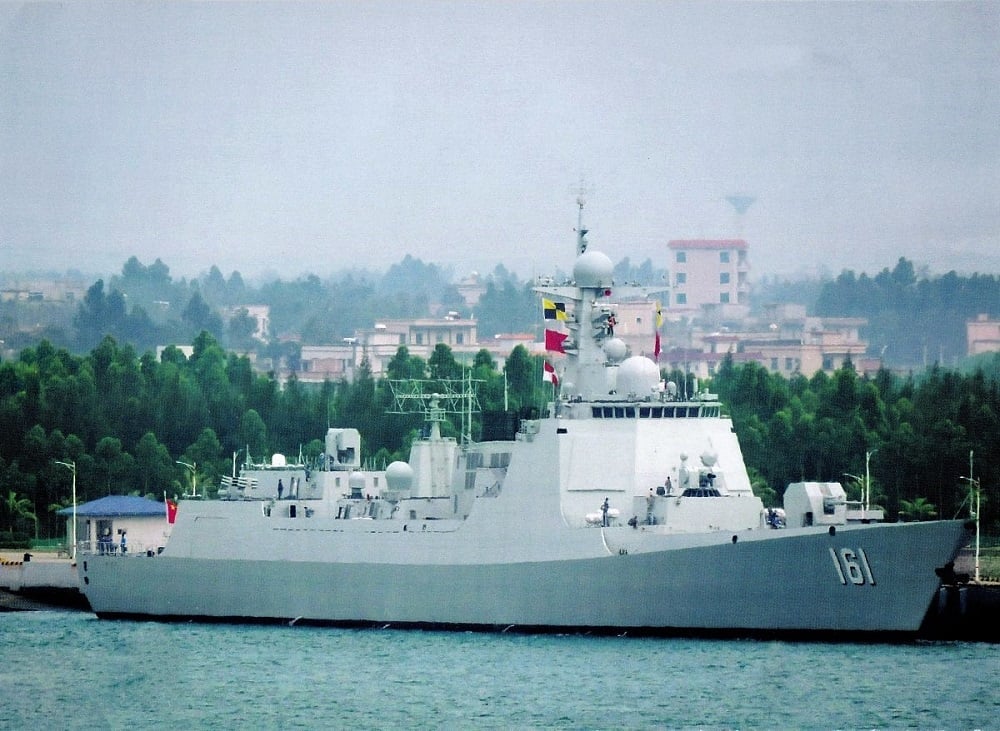 The following is the full statement from U.S. Pacific Fleet:

The P-8A was operating in international airspace in accordance with international rules and regulations. The PRC navy destroyer’s actions were unsafe and unprofessional. Additionally, these acts violate the Code for Unplanned Encounters at Sea (CUES), a multilateral agreement reached at the 2014 Western Pacific Naval Symposium to reduce the chance of an incident at sea. CUES specifically addresses the use of lasers that could cause harm to personnel or damage to equipment. The destroyer’s actions were also inconsistent with a Memorandum of Understanding (MOU) between U.S. Department of Defense and the Ministry of National Defense of the PRC regarding rules of behavior for safety of air and maritime encounters.

The laser, which was not visible to the naked eye, was captured by a sensor onboard the P-8A. Weapons-grade lasers could potentially cause serious harm to aircrew and mariners, as well as ship and aircraft systems.

The P-8A is assigned to VP-45, based out of Jacksonville, Florida, and is forward-deployed to Kadena Air Force Base in Okinawa, Japan. The squadron conducts routine operations, maritime patrol, and reconnaissance in the U.S. 7th Fleet area of operations.

U.S. 7th Fleet is the largest numbered fleet in the world, and with the help 35 other maritime-nation allies and partners, the U.S. Navy has operated in the Indo-Pacific region for more than century, providing credible, ready forces to help preserve peace and prevent conflict.