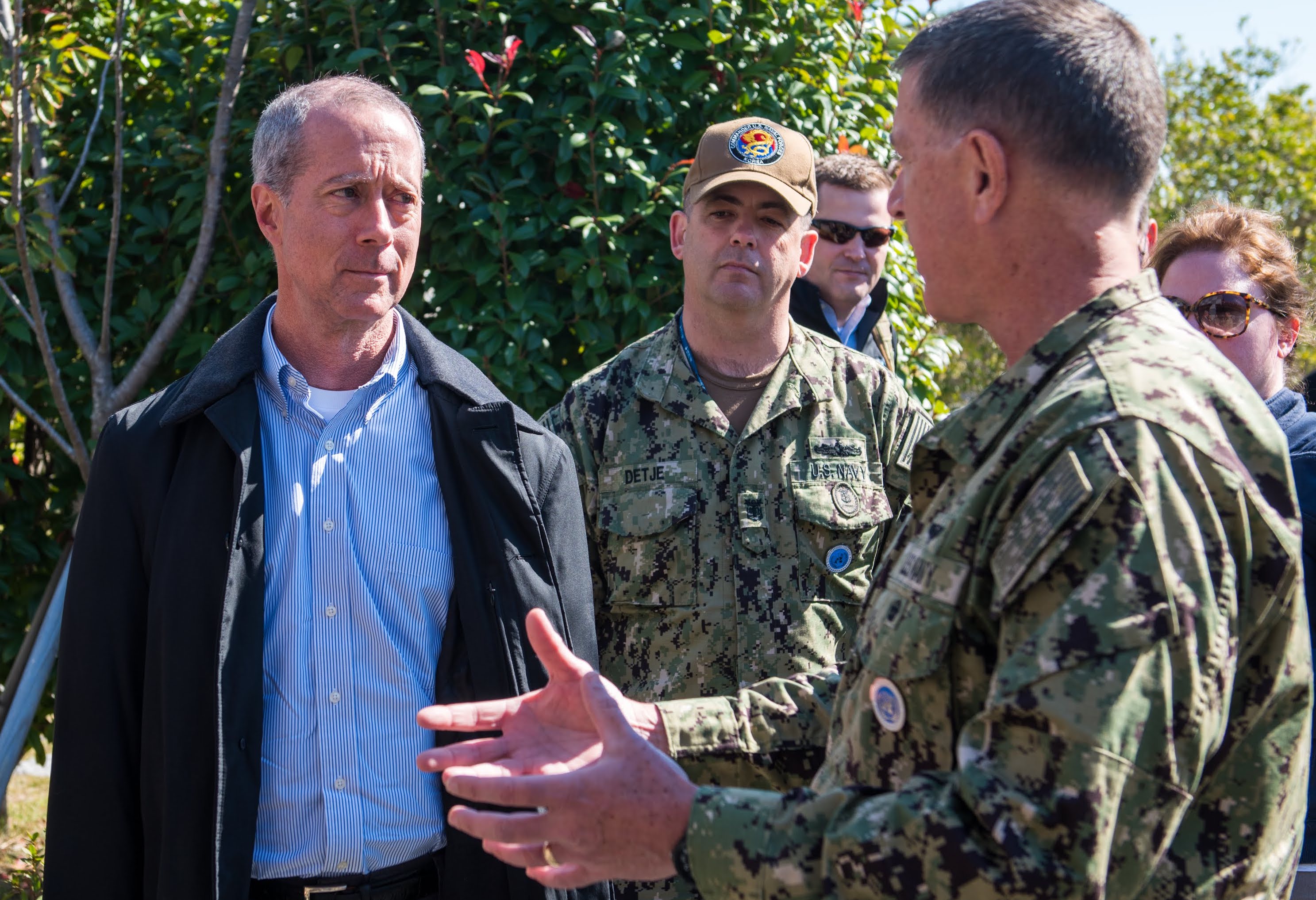 The House Armed Services Committee’s top Republican has “heartburn” over the proposed shipbuilding budget for Fiscal Year 2021 but is also committed to fully funding the modernization of the nuclear triad and is acutely aware of a congressionally imposed topline for defense spending next year.

Rep. Mac Thornberry (R-Texas), the HASC ranking member, acknowledged to reporters today the difficult situation the Pentagon and Congress find themselves in this year.

“We’re getting a budget that really tries to follow through and implement the National Defense Strategy. … If we’re serious about this defense strategy, what are those indications? And the nuclear deterrence is one of those,” he said.

“This is all coming due at the same time,” he said, but added that the total bill won’t top more than 6 percent of total defense spending.

Still, the Pentagon’s FY 2021 budget request funded the Columbia program out of the shipbuilding account – wrecking the rest of the account and chopping planned shipbuilding spending by 15 percent compared to what the Navy had previously planned on spending in 2021 – instead of making use of the National Sea-Based Deterrence Fund that HASC fought hard to create so the Pentagon could fund the SSBNs outside of the regular shipbuilding account.

Defense Secretary Mark Esper told Defense News over the weekend that “clearly the Columbia is a big bill, but it’s a big bill we have to pay. That’s the Navy’s bill. The Air Force has a bill called bombers and ground-based strategic deterrent, so that’s a bill they have to pay.”

Asked to respond to Esper’s comments and the budget request that ignores the Columbia funding account, Thornberry said, “on a bipartisan basis, we still think what we thought, and that is, if this is really the most important thing to defend the country and the top mission priority of the Department of Defense, then we ought to look at some sort of separate funding line. We shouldn’t have to make those difficult choices” between the Columbia program and other shipbuilding priorities, he told USNI News.

That said, defense spending for FY 2021 will be limited to a $740 billion topline that Congress agreed to last year as part of a two-year budget agreement. Thornberry said he still stands by the decision to support the two-year agreement in the hopes that FY 2021 could get started with an actual budget rather than a continuing resolution in the midst of election season.

The deal Congress signed “was the better choice because that way the budget could actually be signed and funding could flow on time. Now, you may accuse me of being Charlie Brown and Lucy and the football – so you’re willing to take a 0.3-percent increase this year, even though it’s not enough, just to get it there, because time does have a value. If we end up fighting about topline and it’s not enough, you end up past the election, a new administration, all those things that delay it – you really have a potential for a year-long [continuing resolution].”

Under a CR, the services would not be able to pay for new programs or program quantity increases – of which there are many in the 2021 request to help move the department in a new direction to support the National Defense Strategy.

Experts have said the Pentagon will need to see 3- to 5-percent growth in spending in the coming years to achieve the goals of the NDS, but this week’s budget request documents don’t show that kind of growth this year or in the out years.

Thornberry acknowledged the difficult situation: the topline is predetermined, the nuclear triad modernization efforts must be funded in full, the shipbuilding account should be more adequately funded to keep other important programs on track, “there are real needs out there in [military construction],” and the increasing research and development portfolio needs to remain intact to continue moving the services towards their goals under the defense strategy. The services have also expressed the importance of keeping maintenance and readiness dollars intact to continue on an upward trend in readiness of fighter jets, ships and ground vehicles. It’s unclear how Congress will look to alter the budget while supporting all these competing priorities.

“The FY21 budget requests eight ships, of which just six are combatants. This is a significant deviation both to the FY20 budget request, which planned 10 ships in 2021, and the final agreement on the 2020 authorization and spending measures that approved 12 ships. We also note that the budget request plans procurement of 44 ships between 2021 and 2025, a nearly 20 percent reduction from the 54 that were planned over this period previously,” their letter reads.

To inform their efforts to craft the annual defense bill – into which Courtney and Wittman will almost certainly try to inject additional shipbuilding funds – the congressmen asked Esper to provide the long-range shipbuilding plan by Feb. 27 and to update them on the status of an Integrated Naval Force Structure Assessment that will lay out the Navy and Marine Corps’ vision for their future fleet to support the NDS.

Last year the Navy released the FY 2020 long-range shipbuilding plan, or 30-year ship plan, on the same day it released the budget request. In other past years, the 30-year plan has been released well after the budget.