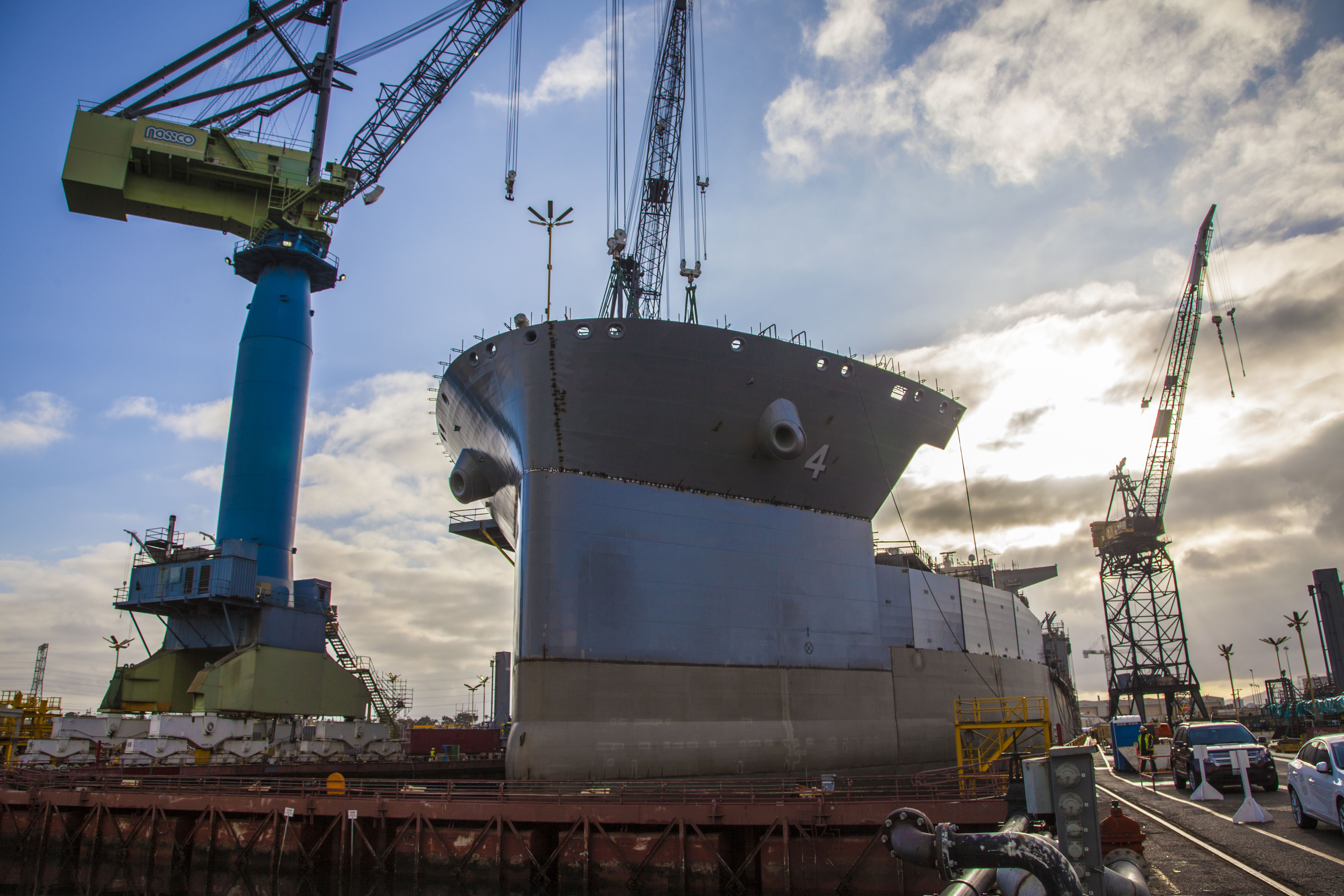 ARLINGTON, Va. – The Navy wants to take a holistic look at its surface shipbuilding supply base to understand what areas are healthy and where there’s risk, similar to a previous effort done by the submarine community.

Program Executive Officer for Ships Rear Adm. Bill Galinis said earlier this month at the annual Surface Navy Association conference that the shipyards that serve as prime contractors to the Navy typically do a good job understanding their own supply chains and where there may be risk – single sources of critical components, smaller companies that have been bought by larger foreign companies, and so on – but Galinis said there is more the Navy itself can do to understand the overall industry across programs.

Galinis said this effort started a bit in 2019, but in 2020 several program executive offices will look at “strengthening the supply chain and really getting a better assessment of where some of our challenge areas are. The submarine community has done I think a pretty good job of this. PEO Subs started under Mike Jabaley, and Scott Pappano and Dave Goggins have taken it on – they have done a really good job looking across the submarine supply base, and we’re kind of leveraging that” idea on the surface ship side of industry.

Afterwards, Galinis told USNI News that “there’s a lot we can do there. The shipyards generally do a pretty good job of managing it, but what we’ve realized over the last I’ll say year or two is there’s probably more that we can do on the Navy side.”

The submarine community took a look at the entire nuclear ship enterprise – including attack submarines, ballistic missile submarines and aircraft carriers, due to the commonality of their supply chains related to nuclear propulsion systems – and created a color-coded chart that shows healthy portions of the industrial base in green, areas to watch in yellow and risky areas in red.

USNI News has previously reported that the sub community is keeping a close eye 329 critical vendors. PEO Columbia, as part of an intensive effort to keep the delivery of the first SSBN on track, is working with those vendors and conducting “intrusive inspections,” during which time a team of 10 to 12 people from the engineering, supplier quality, program management, purchasing and other communities in the Navy and from shipbuilders General Dynamics Electric Boat and Newport News Shipbuilding visit the vendors to watch employee training and performance, inspect material samples and other hands-on work that wasn’t previously done.

Galinis said he didn’t know what the end product would be on the surface ship side – which will include his entire portfolio of destroyers, amphibious ships and auxiliary ships, as well as PEO Unmanned and Small Combatants Rear Adm. Casey Moton’s portfolio of frigates and unmanned surface vessels, as well as aircraft carriers. Though no individual program within those PEOs faces as much pressure as the Columbia-class SSBNs, the Navy still lacks a good understanding of what industry’s strengths and weaknesses are. Galinis said the combination of all surface vessel programs in one industry snapshot will create “a more holistic view” that can inform Navy investments in industry.