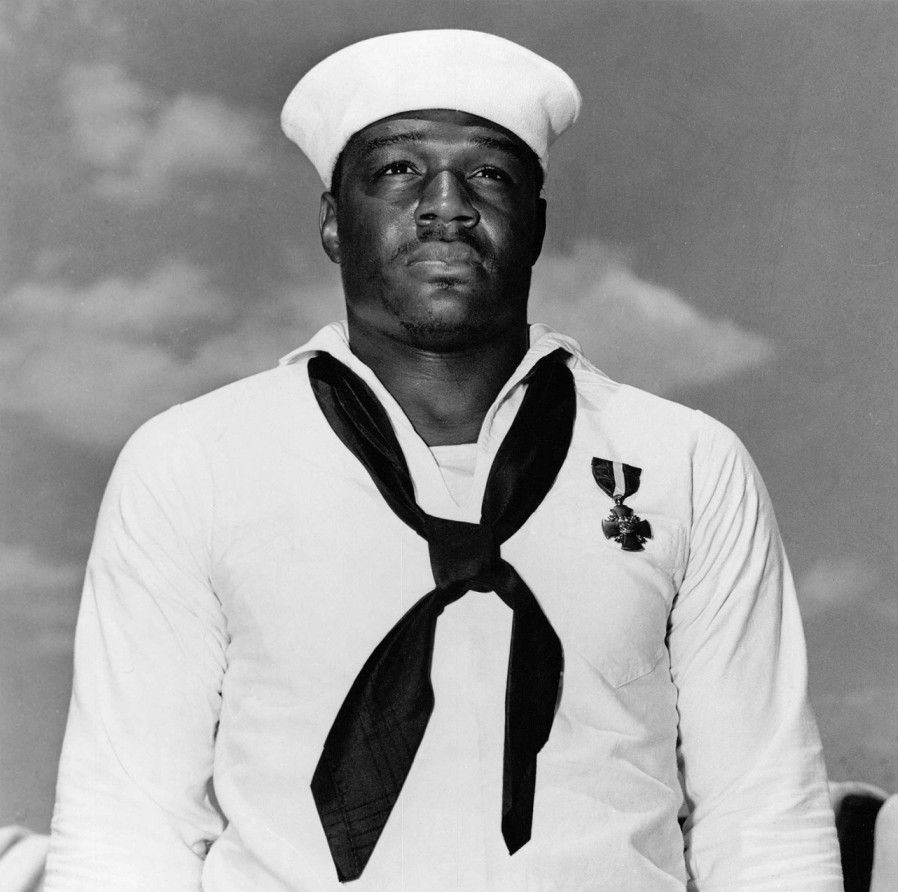 The fourth Ford-class carrier will be named in honor of World War II icon Doris Miller, the first black recipient of the Navy Cross, Navy officials confirmed to USNI News on Saturday.

The naming of CVN-81 is expected to be announced during a Monday ceremony in Pearl Harbor, Hawaii by Acting Navy Secretary Thomas Modly, USNI News has learned.

The Honolulu Star-Advertiser first reported the news of the ceremony and the carrier name on Saturday.

Modly wanted to name the carrier after a Navy hero and landed on Miller after extensive conversations with current and former Navy leaders, two sources familiar with the process told USNI News. The name was floated to both the White House and Congress with no pushback, the sources confirmed.

Miller was widely recognized as one of the first U.S. heroes of World War II and his legacy has been a touchstone for African American sailors in the service.

“Without him really knowing, he actually was a part of the civil rights movement because he changed the thinking in the Navy,” Doreen Ravenscroft, with the Doris Miller Memorial in Waco, Texas, told the Star-Advertiser.

During the Imperial Japanese Navy attack on Pearl Harbor in 1941, then Mess Attendant 3rd Class Miller took charge of an anti-aircraft battery on USS West Virginia (BB-48) firing on enemy aircraft until running out of ammunition.

“It wasn’t hard. I just pulled the trigger and she worked fine,” Miller recalled after the battle. “I guess I fired her for about fifteen minutes. I think I got one of those Jap planes. They were diving pretty close to us.”

Then he assisted the battleship’s commander and several others off the ship before it sank. For his actions, he received the Navy Cross in 1942 presented by Fleet Adm. Chester Nimitz on the deck of WWII carrier USS Enterprise (CV-6). 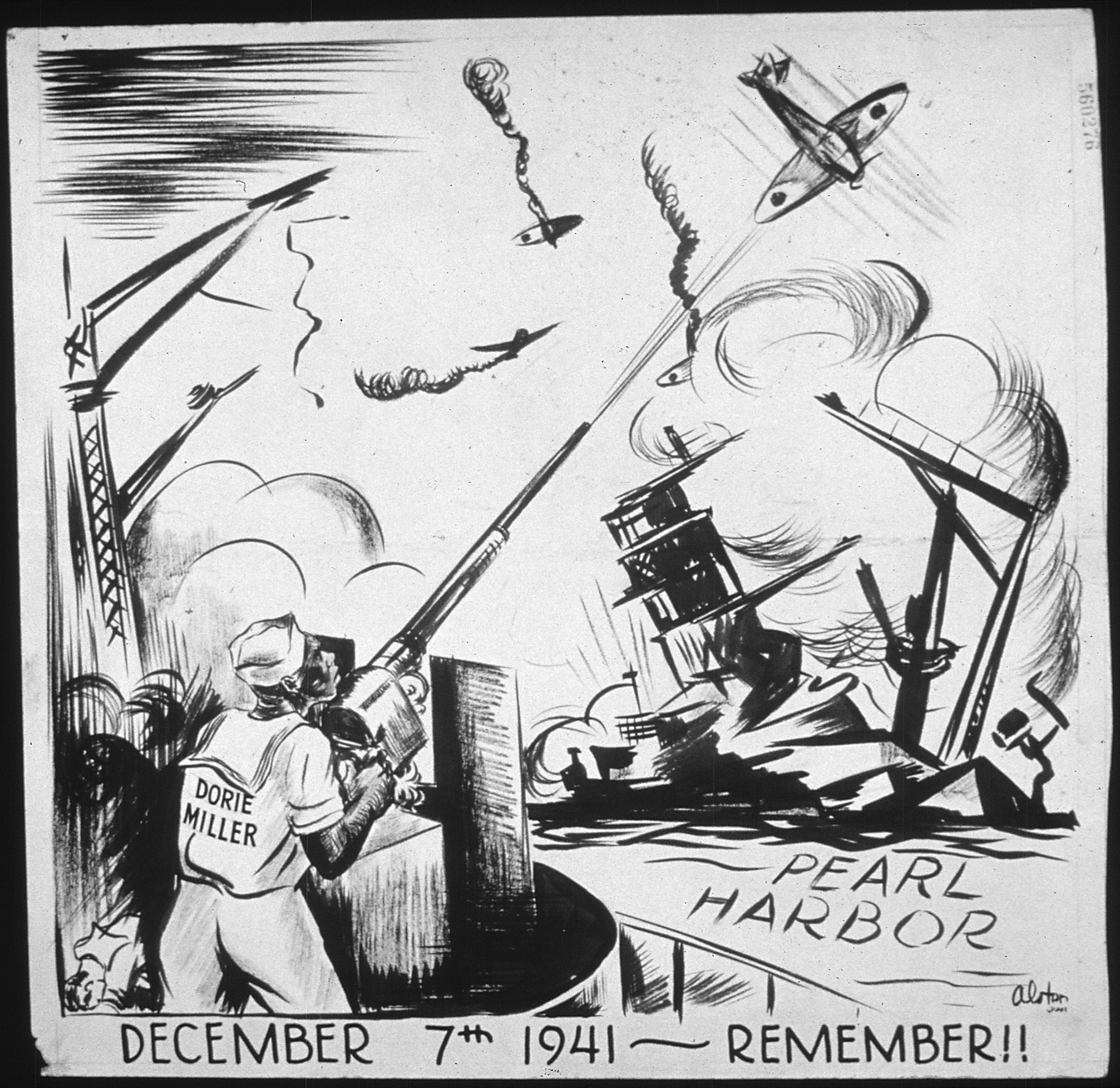 Cartoon of Doris Miller during the attack on Pearl Harbor. Navy History and Heritage Command Image

“For distinguished devotion to duty, extraordinary courage and disregard for his own personal safety during the attack on the Fleet in Pearl Harbor, Territory of Hawaii, by Japanese forces on December 7, 1941,” read his citation for the Navy Cross. “While at the side of his Captain on the bridge, Miller, despite enemy strafing and bombing and in the face of a serious fire, assisted in moving his Captain, who had been mortally wounded, to a place of greater safety, and later manned and operated a machine gun directed at enemy Japanese attacking aircraft until ordered to leave the bridge.”

Miller continued to serve in the Navy until 1943 when he was killed by a Japanese torpedo attack on escort carrier USS Liscome Bay (CVE-56).

Naming an aircraft carrier for an enlisted sailor is a break from the naming trends in the past several decades.

The exceptions have been USS Nimitz (CVN-68) named for Fleet Adm. Chester Nimitz and the future Ford-class carrier Enterprise (CVN-80) which will be the ninth U.S. warship to bear the name since the American Revolutionary War.

Previous to the planned carrier, the Knox-class frigate USS Miller (FF-1091) was named in honor of Miller.