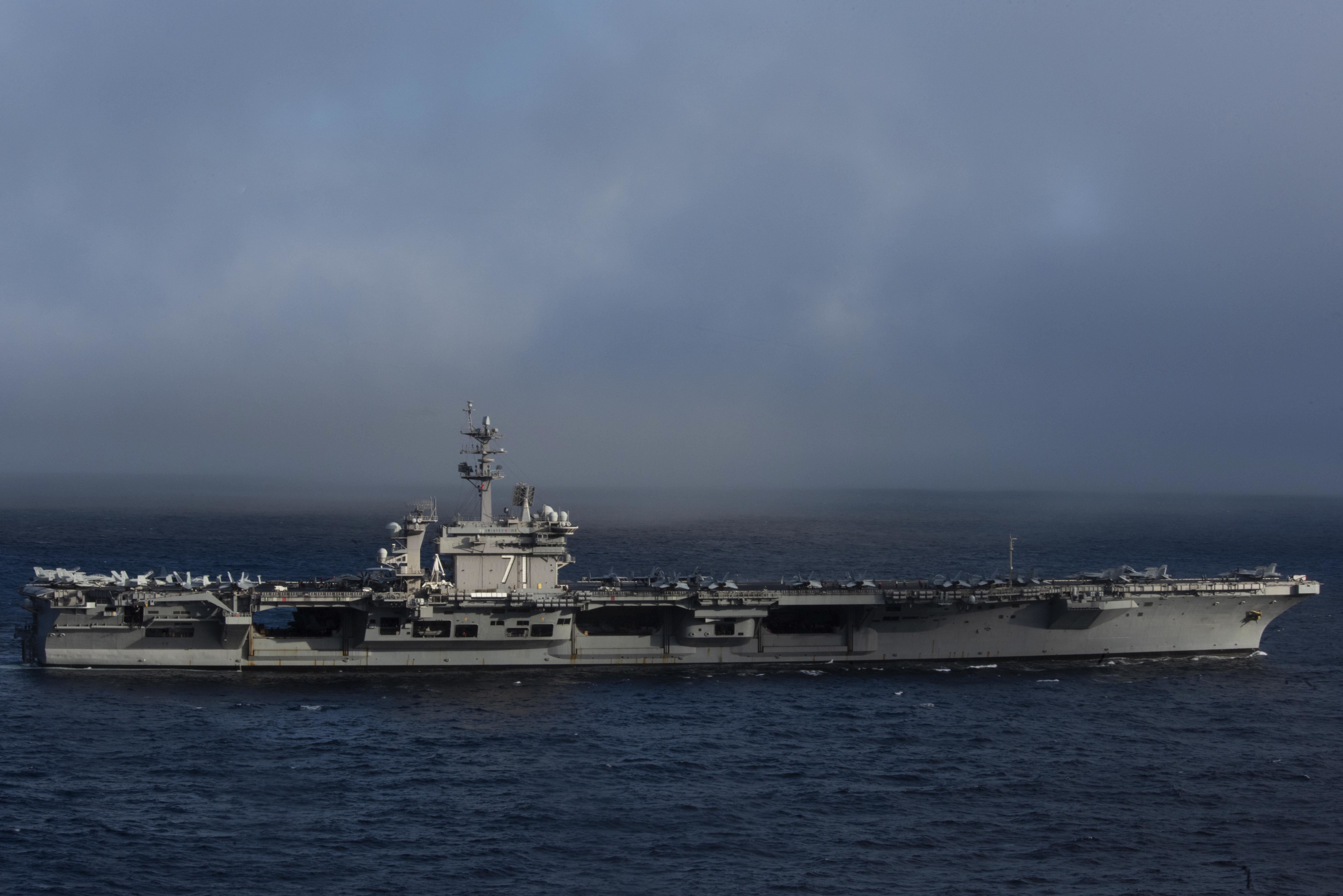 Family and friends said goodbye on Friday to more than 6,000 sailors with the Theodore Roosevelt Carrier Strike Group, which is leaving for a scheduled deployment to the U.S. Indo-Pacific Command region.

Joining the Theodore Roosevelt for the deployment is the Ticonderoga-class guided-missile cruiser USS Bunker Hill (CG-52). Guided-missile destroyers USS Russell (DDG-59), USS Paul Hamilton (DDG-60), USS Pinckney (DDG-91), USS Kidd (DDG-100), USS Rafael Peralta (DDG-115) are also part of the CSG along with the commander and staff of Destroyer Squadron 23 embarked on the carrier. The deployment will mark the first overseas assignment for the San Diego-based Peralta, which the Navy commissioned in July 2017.

The carrier strike group “will provide maritime security, maintain freedom of the seas in accordance with international law and customs, and operate with international partners and allies to promote regional stability and prosperity,” Naval Air Forces officials said in a statement announcing the deployment.

The “Big Stick” crew and CSG-9 ships in mid-December completed their graduation exercise and wrapped up predeployment training off Southern California.

“Naval aviation is a team sport, and everyone plays a crucial role in our nation’s defense,” the TR’s skipper, Capt. Brett Crozier, said in a holiday video message posted on the carrier’s official Facebook page. Crozier took command in a Nov. 1 ceremony aboard the carrier in San Diego.

Last spring, Theodore Roosevelt sailed in much cooler waters when it joined in the U.S. joint training exercise Northern Edge, held in the Gulf of Alaska. That marked the first participation by an aircraft carrier in Northern Edge in a decade, since USS John C. Stennis (CVN-74) joined in the biannual exercise in 2009.

Theodore Roosevelt’s previous deployment, from October 2017 to May 2018, took the carrier to the U.S. 5th Fleet region, where its aircraft flew 1,164 combat missions to support military operations in Syria, Iraq and Afghanistan. Roosevelt and its CSG also operated in U.S. 7th Fleet, where they joined in maritime security cooperation efforts in the region.