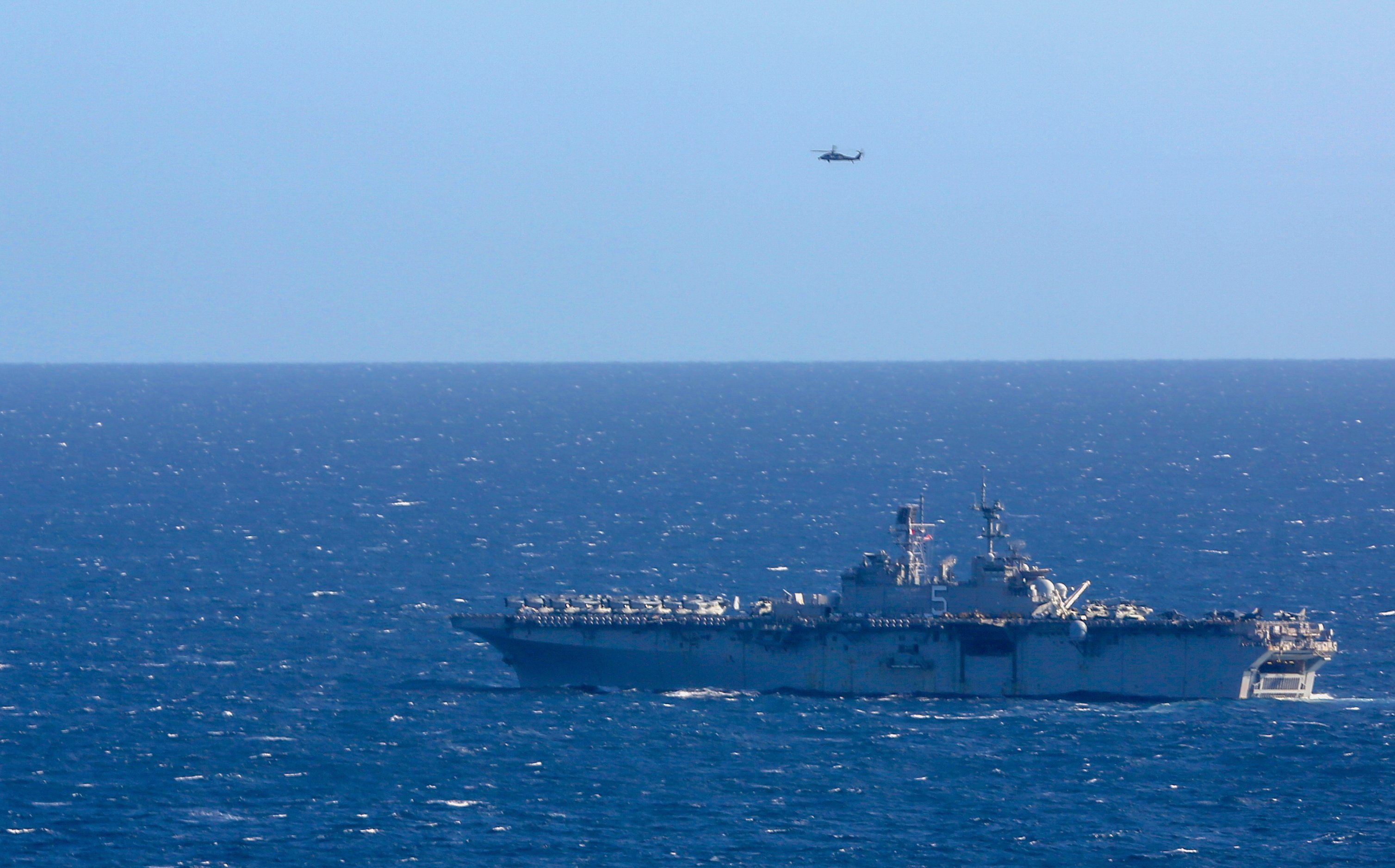 Amphib USS Bataan (LHD-5) is operating in the Red Sea as tensions between the U.S. and Iran continue to simmer, USNI News has learned.

The big deck and elements of the 26th Marine Expeditionary Unit are steaming in the Red Sea after a transit through the Suez Canal over the weekend following a sprint across the Mediterranean Sea.

After the Jan. 2 drone strike killing of Iranian Quds Force commander Qasem Soleimani in Iraq, the Pentagon canceled an exercise with the Moroccan military and swiftly moved Bataan from the West Coast of Africa to the Middle East.

During the transit, Iran targeted several Iraqi sites where U.S. troops were based, using short-range ballistic missile strikes on Tuesday in retaliation for Soleimani’s death.

No injuries were reported following the missile strikes. The region remained tense for days when Ukraine International Airlines Flight 752 crashed shortly after taking off from the international airport in Tehran.

However, Tehran’s admission over the weekend its force had accidentally downed the Ukraine International Airlines flight, eased international tensions ease while causing internal protests to erupt in Iran.

Bataan is the lead ship of an amphibious ready group that includes USS New York (LPD-21) and USS Oak Hill (LSD-51) embarked with the 26 MEU for a total of 4,500 sailors and Marines. The ARG deployed from the East Coast in December.

Ahead of the Bataan ARG, the Pentagon sent about 100 Marines from the Kuwait-based Special Purpose Marine Air-Ground Task Force (MAGTF)-Crisis Response-Central Command to enhance security at the U.S. Embassy compound in Baghdad. Additionally, the Pentagon announced it was sending 3,500 soldiers Fort Bragg, N.C.-based 82nd Airborne to Iraq.