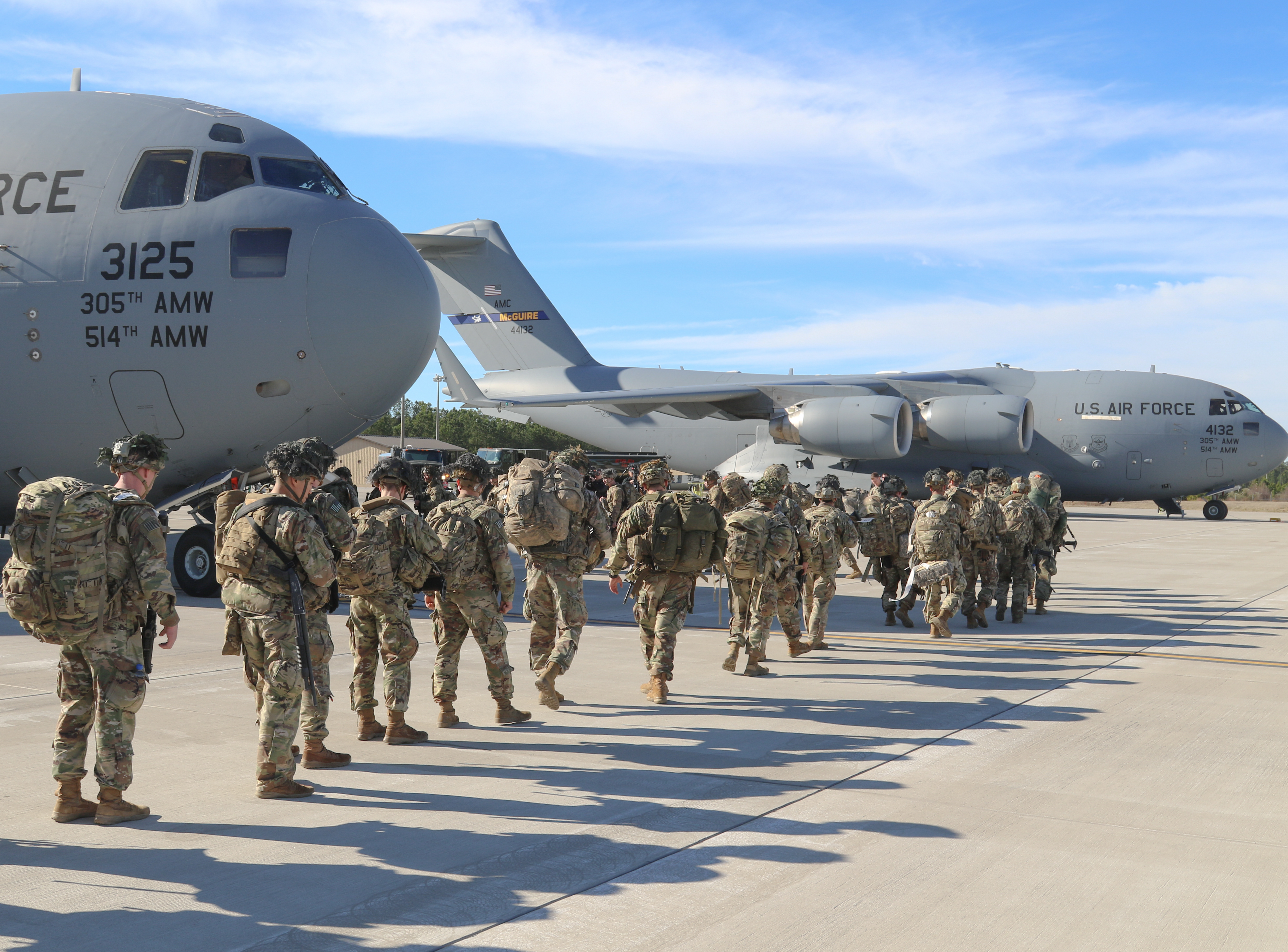 THE PENTAGON – After sending Marines from Kuwait to beef up security at the U.S. Embassy in Baghdad, Secretary of Defense Mark Esper said a battalion of Army paratroopers will now serve as the regional quick-response force, a role previously filled by the Marines.

The additional Marines were sent to Baghdad on Tuesday after a mob, including members of the Iranian-backed Kataib Hezbollah militia, stormed the front gate of the U.S. Embassy compound. The militia members were protesting recent U.S. military airstrikes on five Hezbollah sites in Iraq and Syria.

Attacks on U.S. and coalition bases have been increasing in frequency and lethality since October, Esper said, blaming the increase on Iran, who provides equipment and backing to Kataib Hezbollah.

“This is just the latest example of Iranian bad behavior in the region – in Iraq specifically – attacking U.S. coalition and partner forces, involving themselves in the sovereign government of Iraq, and doing other things that upsets the balance and creates turmoil in the entire region,” Esper said.

The Marines now in Baghdad are assigned to the Special Purpose Marine Air-Ground Task Force (MAGTF)-Crisis Response-Central Command. Among their skill sets is to provide additional security to U.S. embassies in the CENTCOM region quickly.

The Marine Corps revamped its U.S. embassy crisis response program after the murder of U.S. Ambassador J. Christopher Stevens and three Americans in his security detail during an attack on the American consulate in Benghazi, Libya, on Sept. 11, 2012.

However, with the MAGTF now in Baghdad, Esper and Milley said they needed to send additional forces to act as a regional reserve force. They want CENTCOM Commander Marine Corps Gen. Kenneth McKenzie to have sufficient forces to respond quickly to any emergency in the region, which is why about 750 members of the Army’s 82nd Airborne Division left for Kuwait on New Year’s Day.

“A special purpose MAGTF can only go so far, so the 82nd brings in, again, additional soldiers to augment that as needed,” Esper said. “And why them? That’s because they bring an 18-hour readiness status. It’s unique in our military.

“The forces we are deploying right now are deploying specifically to make sure we have sufficient forces on the ground to defend our embassy, our consular sites. You know, our DoD facilities. Things like that on the ground, our people, personnel and equipment,” Esper said.

The 82nd Airborne Division is the sort of rapid reaction force that trains for these types of short-notice deployments, Milley said.

“It’s going to be in Kuwait, and they may have follow-on missions in other places, but the purpose is defensive in nature,” Milley said.

The Pentagon has to be much more flexible and willing to send its ready forces, Esper said.

“This is an example of dynamic force employment where we’re able to quickly deploy forces and use them as we need to and then redeploy them,” Esper said. “We have to get much more nimble operationally, so this is a good opportunity for us to do that as well.”

Meanwhile, Esper and Milley have other options near the region if more forces are necessary. The Harry S. Truman Carrier Strike Group with Carrier Air Wing 1 is operating in the North Arabian Sea.

The Bataan Amphibious Ready Group with the 26th Marine Expeditionary Unit embarked is operating in the U.S. 6th Fleet area of responsibility. The Bataan ARG and 26th MEU are scheduled to start the African Sea Lion naval exercise soon with forces from Morocco, a Navy spokesperson told USNI News.