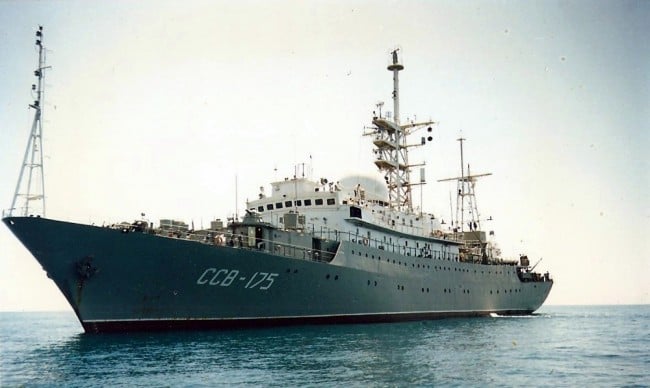 Russian surveillance ship Viktor Leonov has been operating unsafely off the coast of Georgia and South Carolina in the vicinity of U.S. naval bases, according to a U.S. Coast Guard safety bulletin issued on Sunday.

The notice went on to advise mariners to, “maintain a sharp lookout and use extreme caution when navigating in proximity to this vessel.”

The Russian Navy has had a long history of sending surveillance ships to monitor U.S. naval bases of the East Coast, including Naval Station Norfolk, Va., Naval Station Mayport, Fla. and the nuclear submarine base at Naval Submarine Base Kings Bay, Ga.

Leonov was reported off Kings Bay in 2018.

“We are aware of Russia’s naval activities, including the deployment of intelligence collection ships in the region,” a U.S. Northern Command spokesperson told The Washington Times. “While we won’t discuss specific measures being taken, NORAD and USNORTHCOM routinely conduct air and maritime operations to ensure the defense of the United States and Canada.”

On Sunday, U.S. guided-missile destroyer USS Ross (DDG-71) was shadowed by Russian corvette Vyshny Volochyok while the U.S. ship was operating off the coast of Romania in the Black Sea.