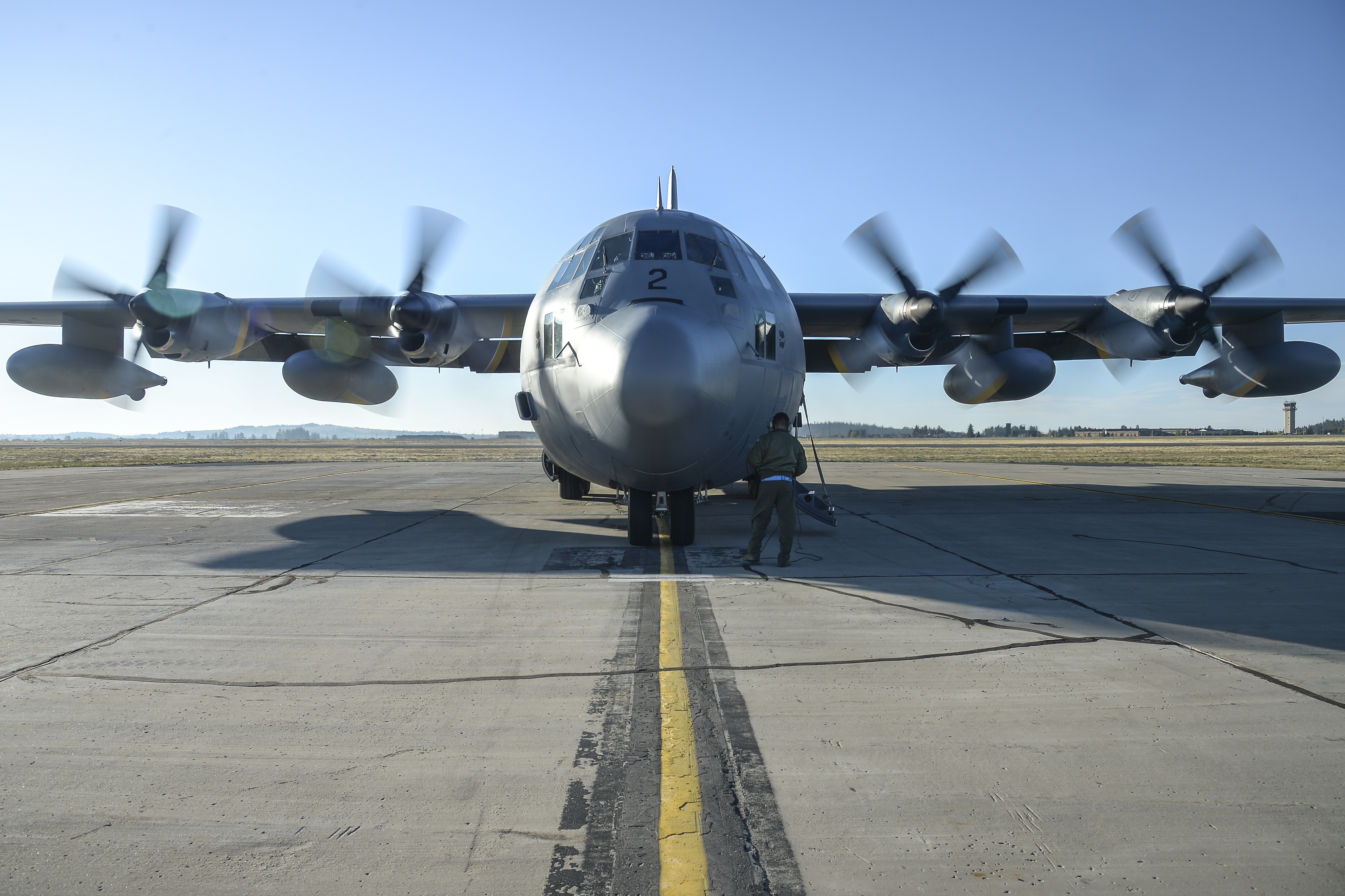 A Chilean Air Force KC-130R aircraft starts its engines prior to a flight during Exercise Mobility Guardian 2019 at Fairchild Air Force Base, Wash., Sept 22, 2019. US Air Force photo.

A U.S. Navy aircraft will help search for a Chilean military plane that went missing while transporting 38 passengers and crew to the Antarctic.

U.S. Southern Command directed a Navy P-8A Poseidon multi-mission maritime aircraft to deploy to Punta Arenas, Chile, to contribute to the search for the Chilean Air Force C-130 Hercules, which was last known to be about 280 nautical miles short of its destination – a Chilean airbase in the South Shetland Islands of Antarctica – on Dec. 9.

“The Chilean Air Force reports that this afternoon a C130 Hercules aircraft … took off at 4:55 p.m. and lost radio contact at 6:13 p.m. while heading from the Chabunco Air Base in the city of Punta Arenas, to the President Eduardo Frei Montalva Antarctic Air Base,” according to an English translation of the Chilean Air Force’s first news release on the missing plane. The plane was carrying 17 crew and 21 passengers that were traveling to the Antarctic airbase to work on the floating fuel supply pipeline and other facilities there. 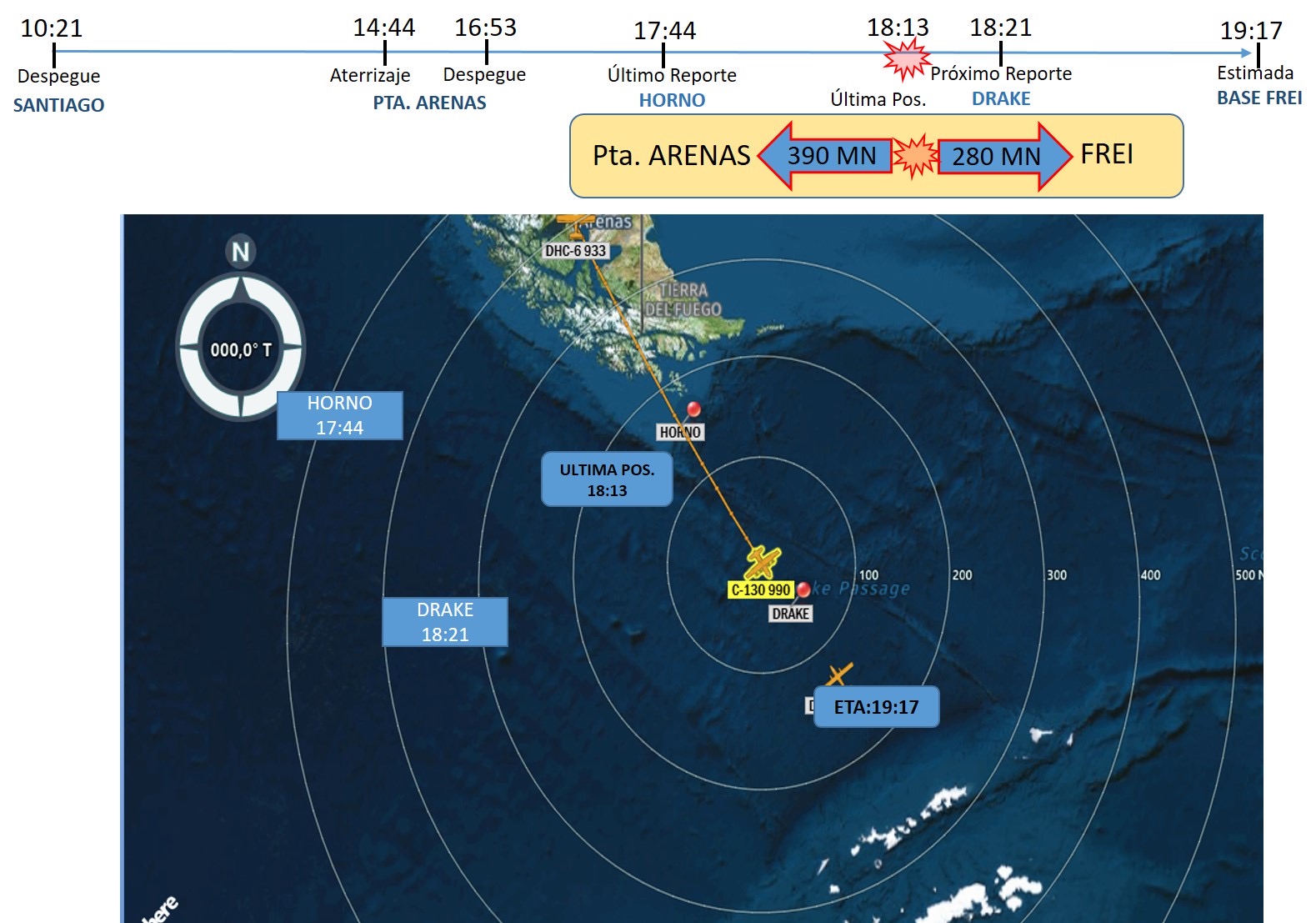 Seven hours after losing communication, the Chilean Air Force declared the plane wrecked on Dec. 10. The names of those onboard were released later in the day, and a search effort began that included two Chilean Navy ships, 10 Chilean Navy and Air Force aircraft, two merchant ships and a commercial plane, and one C-130 each from Uruguay and Argentina.

“All human and material efforts are being made, with airplanes, ships, national and foreign satellites to be able to try, despite the complex conditions, to locate them,” Chilean Minister of National Defense Alberto Espina Otero said during a news conference Dec. 10, according to an English translation of his remarks.
“We will use up everything in our power to find them. There will be no limitation on what we are going to do in order to locate the C-130.”

“In response to a request from the government of Chile, the [P-8A] and its 20-person crew departed El Salvador’s Comalapa Air Base and arrived in Punta Arenas on December 11. The aircraft and crew are expected to begin supporting the ongoing search on December 12,” according to a SOUTHCOM news release.

SOUTHCOM had previously been assisting the Chilean search by providing satellite imagery of the search area, which is between the southernmost tip of Chile and Argentina and the South Shetland Islands of Antarctica.

The U.S. Navy P-8A had been operating out of Comalapa Air Base while supporting counter-illicit trafficking maritime patrol operations as part of a bilateral agreement between the U.S. and El Salvador.

“Our thoughts and prayers are with the people of Chile and with the families of the missing as we join other regional partners supporting Chile’s ongoing search for the C-130, its crew and their passengers,” SOUTHCOM Commander U.S. Navy Adm. Craig Faller said in the news release.