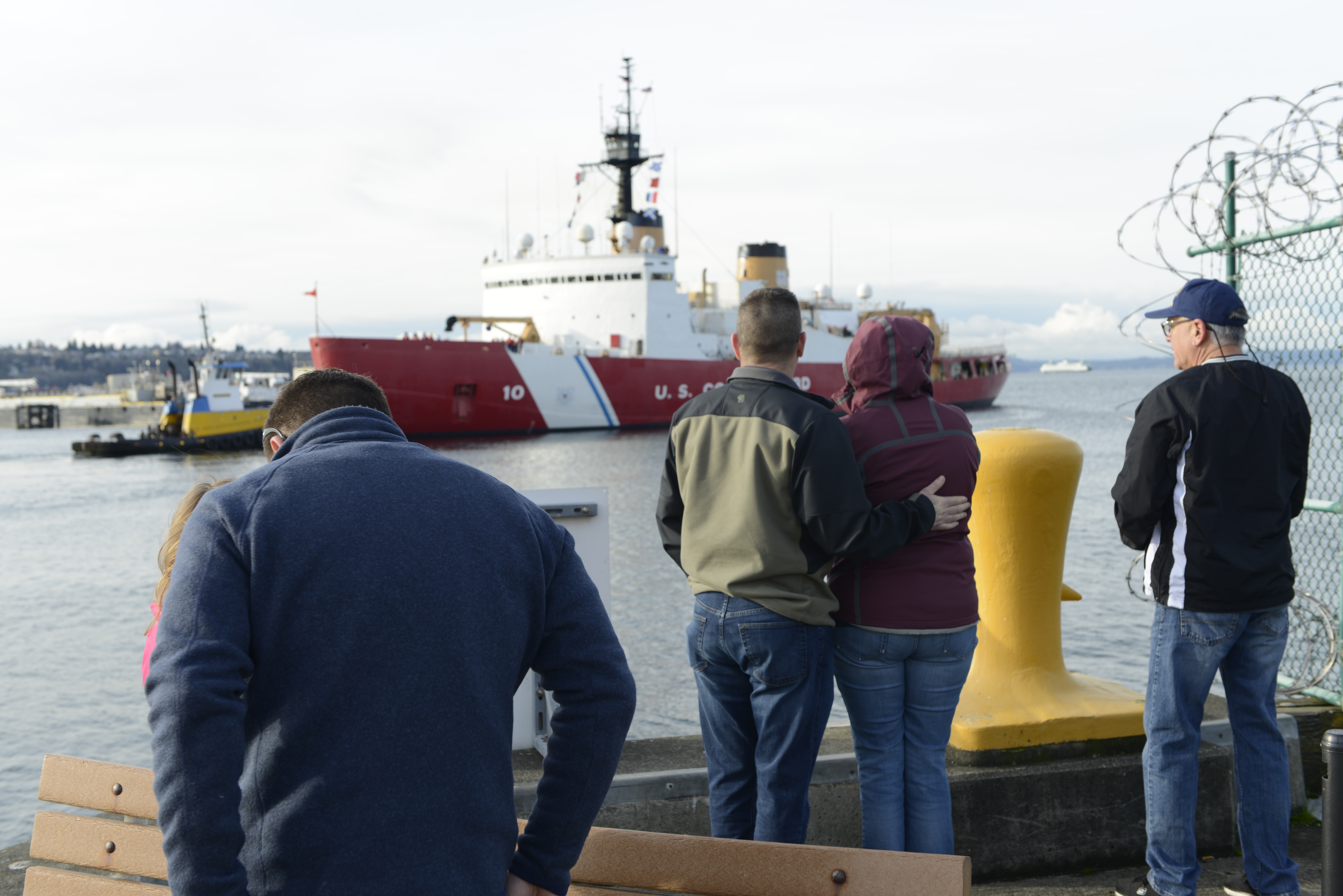 As USCGC Polar Star (WAGB-10), the nation’s only heavy ice breaker departed Tuesday on its annual months-long mission to lead a supply convoy to the U.S. logistics hub in Antarctica, Rep. Joe Courtney (D-Conn.) renewed the effort to ensure members of the Coast Guard are paid during government shutdowns.

Last year, the crew of Polar Star went without a paycheck Coast Guard members when other military branches were paid on time during the government shutdown.

The shutdown occurred when Congress and President Donald Trump failed to approve the Fiscal Year 2019 appropriations bill for the Coast Guard’s parent agency, the Department of Homeland Security, and several other mainly domestic agencies. Pay for the other military branches was not affected by the shutdown because Congress passed the Department of Defense spending bill before the fiscal year started.

A House and Senate conference committee is working to iron out differences between each chamber’s appropriations bill to fund DHS and the Coast Guard. Courtney led a bipartisan group of members of Congress pushing for the congressional negotiators to include language funding the Coast Guard in the event of a government shutdown.

“Despite the obvious criticality of the work of the Coast Guard, they remain at risk during partial government shutdowns that impact the Department of Homeland Security, as the nation vividly witnessed earlier this year,” states the letter sent by Courtney and 68 other members of Congress.

“Section 221 of the Senate-passed bill would prevent a potential repeat of this situation by mandating that in the event of expiration of appropriations for DHS, members of the Coast Guard would continue receiving their pay on parity with the other branches of our armed services. This provision would ensure retirees and survivors receive the payments they rely on to meet their daily needs as well. With more than 180 cosponsors of H.R. 367, the Pay Our Coast Guard Parity Act of 2019, it is clear that the issue has broad bipartisan support,” the letter states. “We believe our Coast Guardsmen and women more than deserve the parity this section would provide, and encourage you to retain either the language of section 221 or H.R. 367 in your final conferenced version on behalf of the selfless sacrifice of these individuals and their families.”

Each year, Polar Star steams from Seattle to McMurdo Station, Antarctica – the National Science Foundation’s 164-acre research facility perched on the volcanic Ross Island in the Ross Sea. The trip requires Polar Star deploying during Thanksgiving, Christmas, New Year’s and much of the winter.

“We set out today on an important mission, saying goodbye to the friends and families who have supported us and our ship for the past seven months since we returned from Operation Deep Freeze 2019,” said a statement Tuesday from Capt. Gregory Stanclik, Polar Star’s commanding officer. “We are looking forward to this year’s mission to McMurdo Station with a ship that is running the best it has since reactivation. This mission is critical to the United States and our continued strategic presence on the Antarctic Continent and I have the best crew possible to ensure we safely accomplish our goal.”

The annual McMurdo breakout typically involves Polar Star breaking a channel though up to 70 miles of sea ice. Polar Star leads the way for a fuel tanker delivering close to 10 million gallons of a special fuel mixture designed for use in Antarctica, and a container ship bringing bulk goods such as food, scientific equipment, vehicles and other material.