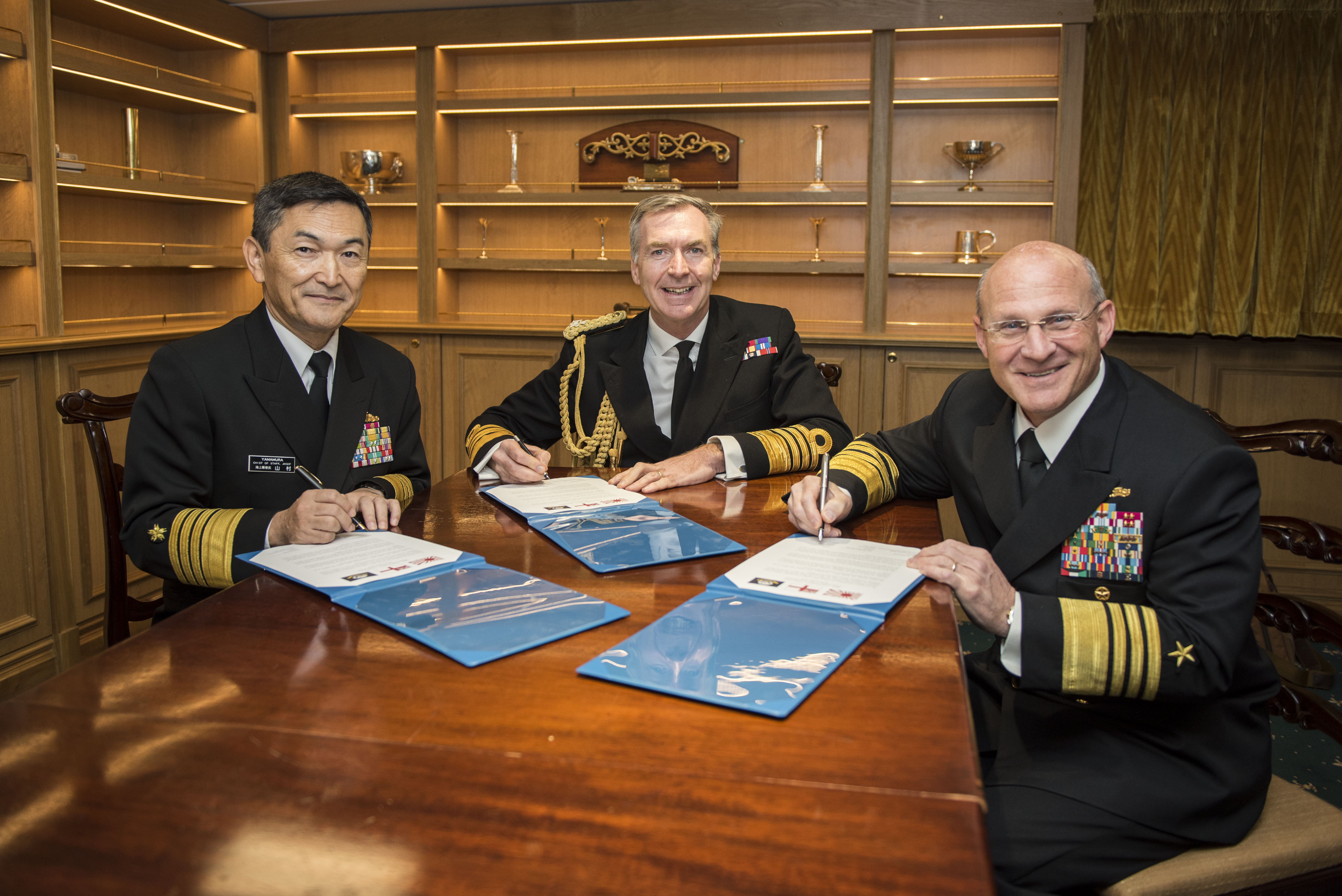 Chief of Naval Operations Adm. Mike Gilday and his British and Japanese counterparts today signed a trilateral cooperation agreement reaffirming their commitment to working together on global security concerns.

“Today, we reaffirm our commitment to strengthen our common efforts, which demonstrates that our relationships are institutional, rather than merely personal,” Gilday said in a statement released by the Navy.
“This agreement strengthens our naval bonds and codifies our continued dedication to a free and open maritime commons. There is much to celebrate in our trilateral relationship; indeed, the whole is greater than the sum of its parts.”

The three countries’ leaders signed a similar document in October 2016, but leadership in all three navies has changed over since that time.

Gilday noted that these two allies operate globally in complex and demanding naval operations, and that their collaboration in these widespread and high-end efforts are “critical” to global security.

Most recently, this trilateral group operated together near Yokosuka, Japan, in an anti-submarine warfare exercise. Royal Navy Type 23 frigate HMS Montrose (F236), Murasame-class destroyer JS Murasame (DD-101), a Japanese P-1 maritime patrol aircraft, and American P-8A Poseidon maritime patrol aircraft and a JMSDF submarine came together for a sub-hunting drill in the Pacific. Prior to that, in December 2018, the three assembled JMSDF helicopter destroyer JS Izumo (DDH 183), Type 23 frigate HMS Argyll (F231), a U.S. Navy submarine and an American P-8A for ASW drills during a two-day exercise in the Philippine Sea.

Separately, the U.S. Navy counts the Royal Navy and the JMSDF as two of its closest allies. U.S. ships forward-deployed to Japan routinely work with JMSDF ships, as do those on rotational deployments from the U.S., and Japan is operating much of the same equipment as the U.S. – combatants running the Aegis Combat System, the Standard Missile family of missiles, the E-2D Advanced Hawkeye – that can be stitched together to create a powerful network of sensors and shooters across the Pacific.

With the Royal Navy, U.S. and U.K. sailors and Marines have been operating hand-in-hand as they field the F-35B Joint Strike Fighter vertical-landing jet, and the two navies are working together to design, build and field their next ballistic missile submarines. 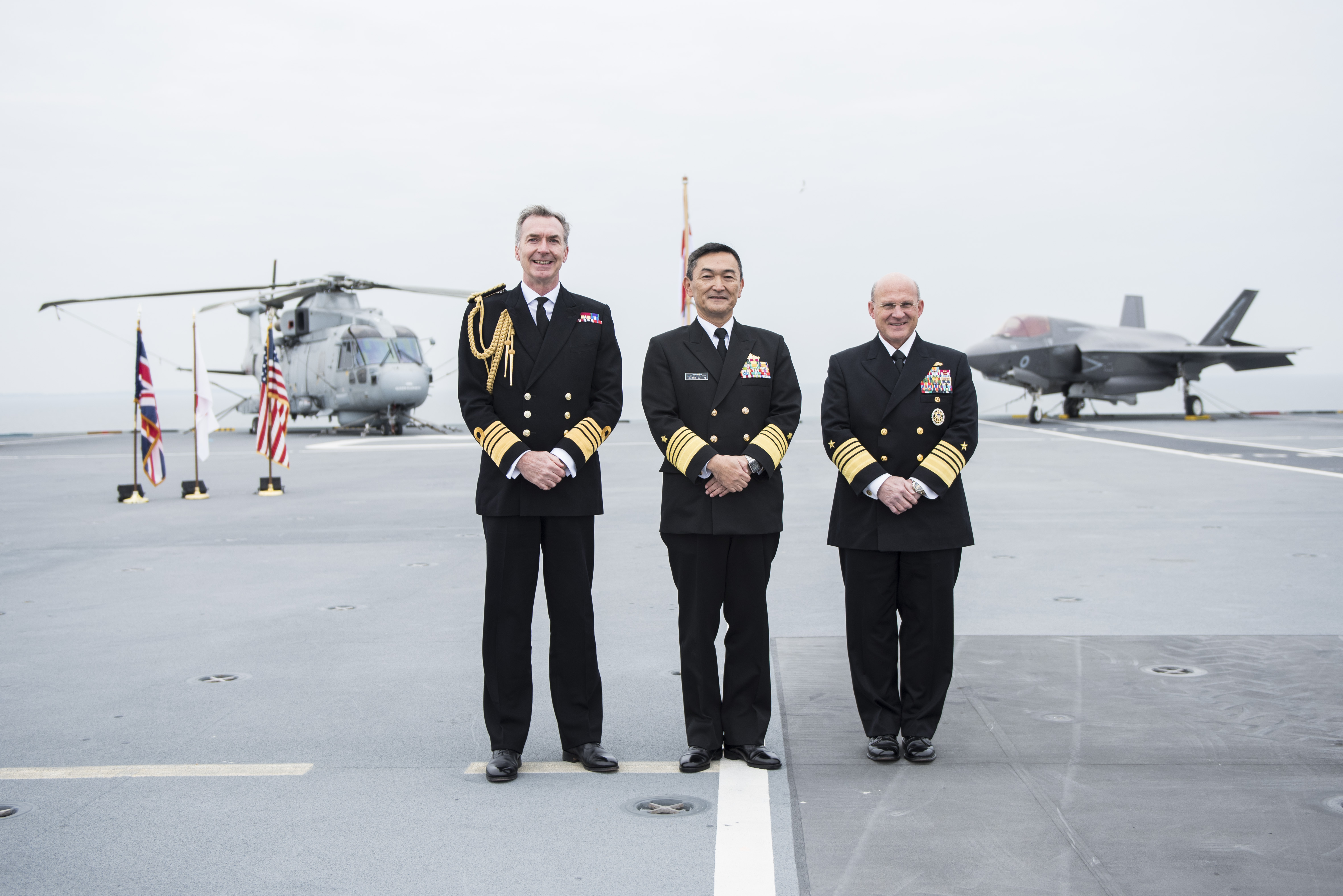 “In an increasingly interconnected world, partnerships and alliances such as this are vital for protecting the freedoms of the international community,” Radakin said in the release.
“I look forward to continuing to learn from one another, sharing our experiences and exploring where we can pursue our common aims together.”

“We should adapt ourselves to a newly emerging security trend,” Yamamura said in the release.
“With this trilateral heads of navy meeting as a catapult, I am confident we’ll work together to find our way ahead.”