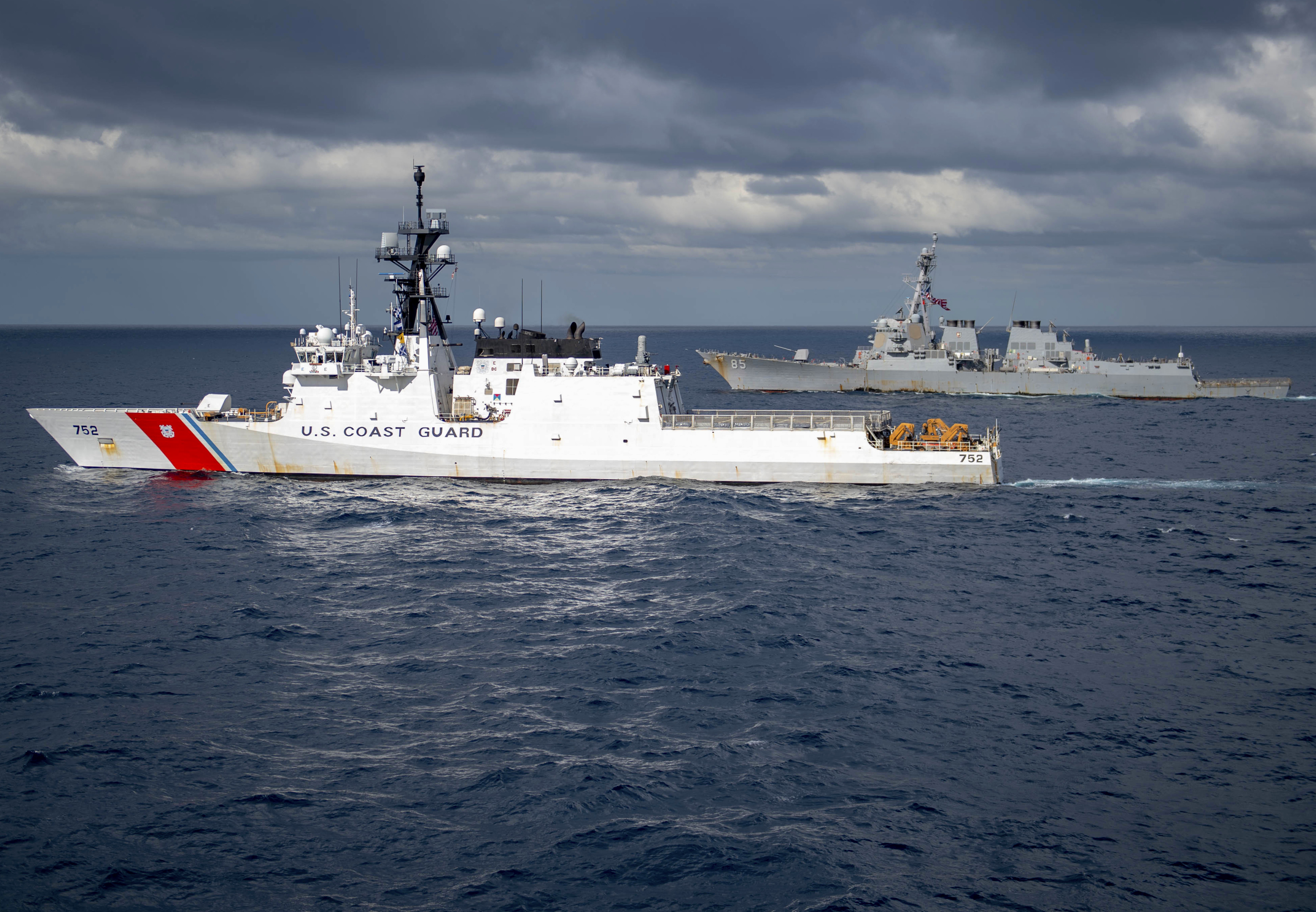 “That’s about almost 2,400 miles distance so it demonstrated our expeditionary capabilities of these new fast response cutters,” he said speaking from Manilla.
“We partnered while we were in Samoa region with the New Zealanders and Australians, each of them had a vessel there in the region so it was multilateral in the approach. It was very well received by the host nation.”

Schultz said the lessons learned from the first deployment

“We are looking at taking that proof of concept 30-day operation and pushing that probably into a little longer duration in the future,” he said.

The Coast Guard hadn’t determined yet the next area of deployment, but he stated that the Compact of Free Association nations of the Federated States of Micronesia, the Marshall Islands and Palau were the area of interests to the service.

He also stated that the three fast response cutters that will be stationed in Guam in the next two years will bring about more capabilities than the Coast Guard had in the region.

“I think we’re on a trajectory where the geostrategic importance of the Oceania region has not been higher here in decades and it’s a place that the Coast Guard is looking to be part of the whole of government solutions there,” he said.

Schultz said cooperation between the U.S. and Vietnam coast guards was strong with a focus on maintenance support to the former USCG Morgenthau (WHEC-722) which was transferred to the Vietnam Coast Guard in 2017 along with 24 Metal Shark patrol boats.

The Coast Guard Commandant also criticized China’s actions in region contrasting it with the U.S cooperation efforts in the region, “In the face of coercive and antagonistic behavior from China in disputed waters, the U.S Coast Guard offers transparent engagement and partnership at both the professional and personal levels.”

In regard to China’s ongoing actions in the South China Sea, he said there was a disconnect between how Beijing has talked about its role in the region versus their actions.

“The audio doesn’t match the video” said Schultz, saying that China talked about their peaceful conduct “but then we see man made islands where there weren’t islands before, we see runways on those islands, we see anti-ship cruise missiles and other military capabilities that don’t match that rhetoric”. He said that the Coast Guard as part of a U.S government response and a multilateral U.S government-partner nation –allied response is focused on continuing to promote a free and open Indo-Pacific region and “that’s based on internationally accepted norms and the rules-based order.”

Schultz is on a visit to the Philippines where he met senior Philippines officials, visited USCGC Stratton (WMSL-752) which took part in the recent U.S-Japan-Philippines naval exercise Sama-Sama and on Oct. 20 attended a ceremony on the island of Leyte commemorating the 75th Anniversary of the World War II landing.