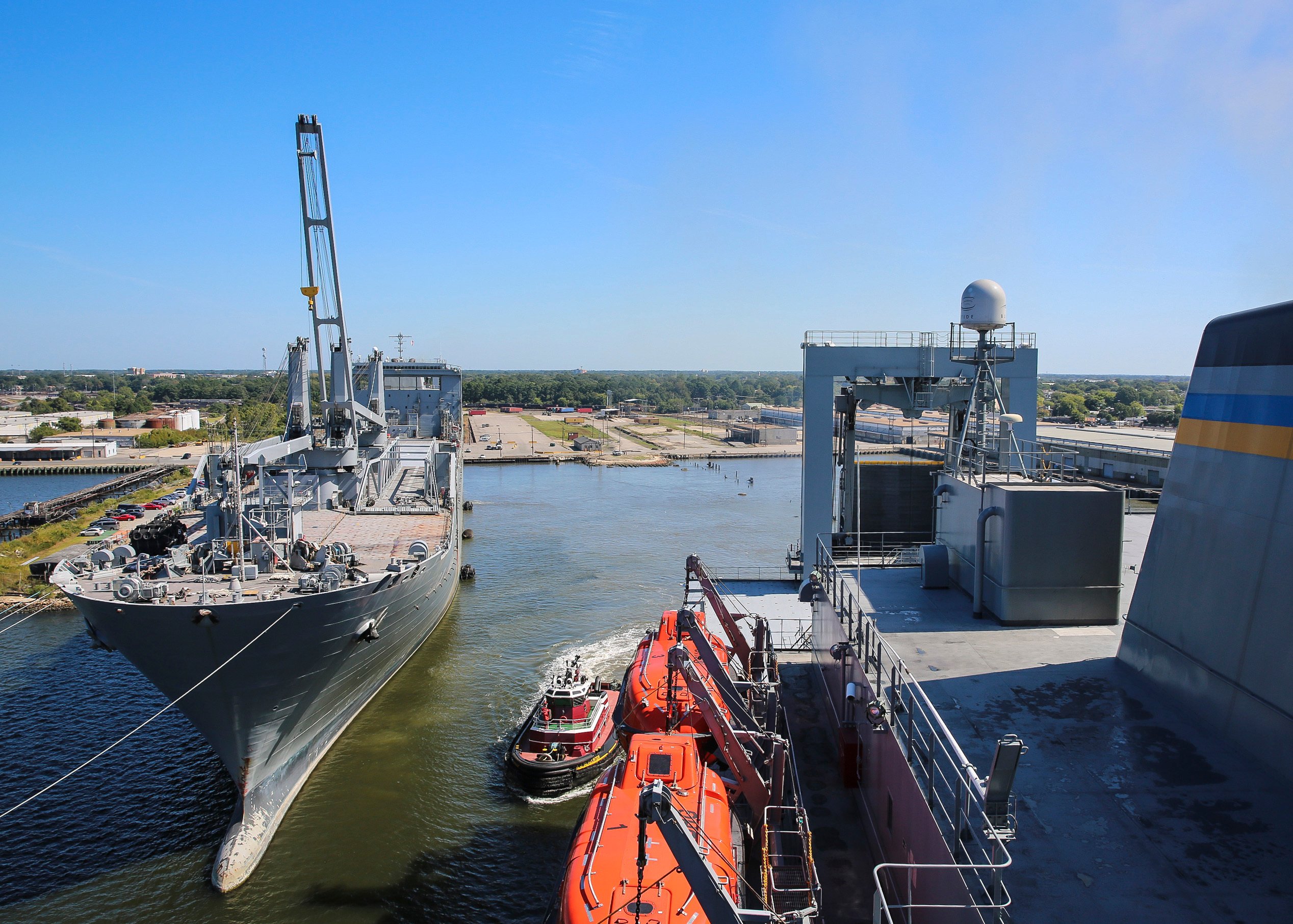 As part of TRANSCOM’s September turbo activation – an exercise activating a fleet of reserve cargo and transport with little notice – five MSC ships assembled at a designated location in the North Atlantic on Sep. 24, sailing in a simulated contested environment, according to a release from MSC.

“When our ships are sailing in a contested environment, the threats they could face are evolving all the time,” Capt. Hans Lynch, the MSC Atlantic commodore, said in the release. “The biggest threats we face include hostile submarines and mines, and these are the threats we were training for during the turbo activation.”

“All five of MSC’s (East Coast) surge sealift ships were able to form up, single file, as planned,” Cmdr. Vincent D’Eusanio, the tactical advisor (TACAD) aboard Obregon, said in the statement. “As the formation of ships executed each tactical maneuver, each ship ended up back where they were supposed to, lined up in formation.”

The convoy sailed through a simulated minefield while limiting visual and sound signatures. Crews stopped using all personal electronic devices to decrease transmissions from the ships and operated in a “darken ship” mode to prevent light from emanating from the ships, according to MSC.

“We were also training the crews to sail their ships as quietly as possible to counter electromagnetic ship’s signatures because our vessels also could face anti-ship ballistic missiles, cruise missiles, fighter aircraft and enemy bombers,” added Lynch, who was also the turbo activation’s East Coast officer in charge.

The purpose of the test was to gauge how effectively the Ready Reserve Force – the fleet of civilian-operated ships that would be called upon to deliver personnel and equipment – could be activated in an emergency. The ships have five days to be fully crewed and set sail for what is typically between a three and five-day sea trial. The turbo activation involved nearly 1,000 merchant marines who were called to work on ships usually maintained by skeleton crews. At sea, each ship has between 30 and 40 crew members.

TRANSCOM officials are still reviewing the results of the turbo activation, but initial reports indicate that between 80 percent and 85 percent of the ships targeted to participate were able to successfully meet the underway evaluation criteria, Navy Capt. Kevin Stephens, a TRANSCOM spokesman, told USNI News.

A more detailed report of the turbo activation is expected to be completed in about a month.