U.S. Marines are sharpening their amphibious skills right alongside amphibious assault vehicle crews of Philippine Marines and Japanese sea soldiers in a series of exercises that aim to tighten cooperation between the three nations.

The Philippine-led exercise, known as KAMANDAG, runs Oct. 9 to 18 with about 2,000 troops training at locations in Luzon and Palawan. Kamandag is an acronym for the Filipino phrase “Kaagapay Ng Mga Manirigma Ng Dagat,” meaning “Cooperation of the Warriors of the Sea.”

The Philippine-led exercise, known as KAMANDAG, runs Oct. 9 to 18 with about 2,000 troops training at locations in Luzon and Palawan. Kamandag is an acronym for the Filipino phrase “Kaagapay Ng Mga Manirigma Ng Dagat,” meaning “Cooperation of the Warriors of the Sea.”

This year marks the third iteration of the U.S.-Philippines bilateral exercise and the second that also includes Japan, which continues to build capabilities in its self-defense forces that include the Amphibious Rapid Deployment Brigade. The exercise will feature 1,400 U.S. forces and 100 members of the Japan Self-Defense Force, a Philippine Marine spokesman, Capt. Felix Serapio, told The Manila Times on Tuesday.

The interoperability among all three countries marks an important opportunity to build military cooperation and exchanges, especially at a troop-to-troop level as both Japan and the Philippines this year continue, separately, to grow their small fleets of AAVs and build their own amphibious capabilities. 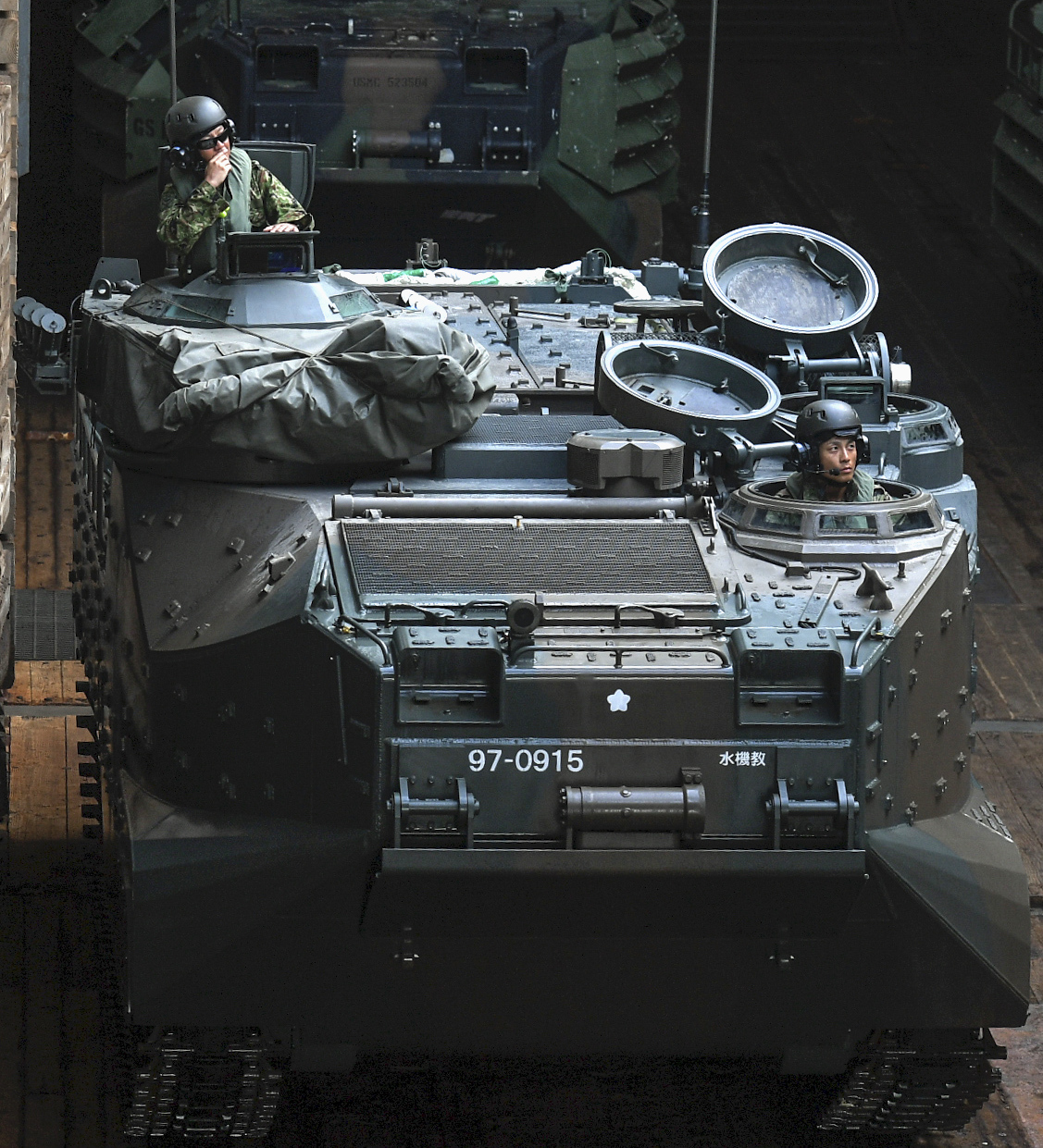 KAMANDAG 3 “will also be the first to include U.S. and Philippine low-altitude air defense training and threat reaction training,” U.S. embassy officials in Manila said in a statement. “Together, these activities represent an increase in military capability and a commitment to a free and open Indo-Pacific region and demonstrate the ability to forward deploy forces in the event of a crisis or natural disaster.”

“Exercises like KAMANDAG 3 strengthen international partnerships and our forces’ abilities to rapidly respond to crises throughout the Indo-Pacific region,” officials added. “The goal of KAMANDAG 3 is to increase counter-terrorism, humanitarian assistance, and disaster relief capabilities through military exchanges.” 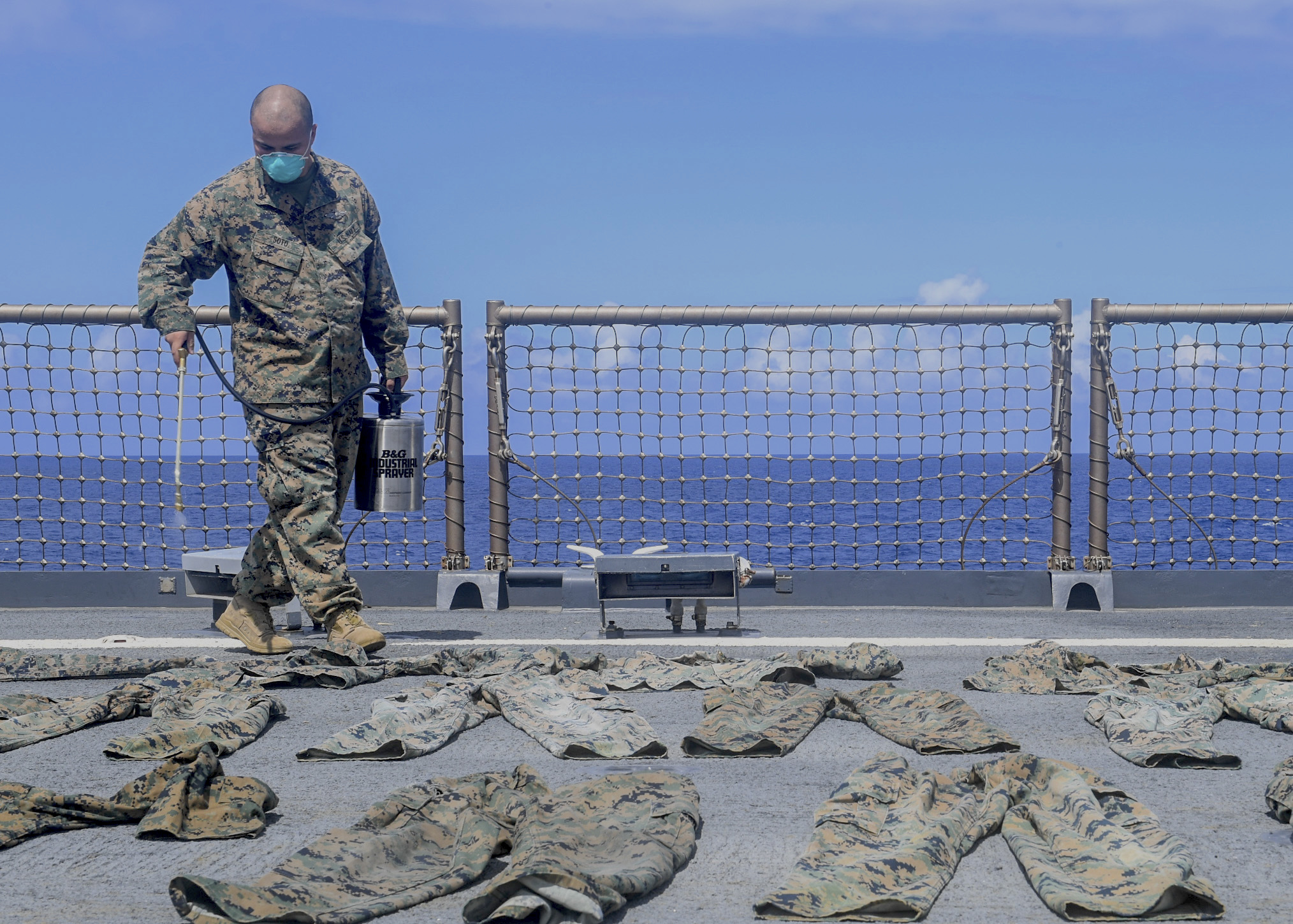 During the opening ceremony for the exercise, Maj. Gen. Shinichi Aoki, the ARDB’s commander, said the exercise will provide his forces with the opportunity for “much more integrated training,” according to a 3rd Marine Expeditionary Brigade news release. Brig. Gen. Ariel Caculitan, the Philippine Marine Corps’ deputy commandant, said the exercise “underscores not only our excellent cooperation but also the higher professional standards and competency most valued by our militaries.”

The military and defense relationship between Japan and the Philippines has been growing in recent years, stemming from a 2015 “strategic partnership” agreement to strengthen the bilateral relationship that includes a key focus maritime security and military cooperation. Those moves are driven by concerns about China’s military build-up and activities in the region, particularly in the South China Sea.

“We remain committed to upholding our defense treaties, reinforcing maritime security efforts and maintaining regional stability,” Maj. Gen. Paul J. Rock, Jr., the 3rd MEB commander, said at the ceremony. “I am confident that we will achieve these objectives throughout this exercise and that together we stand ready to face any challenge.”