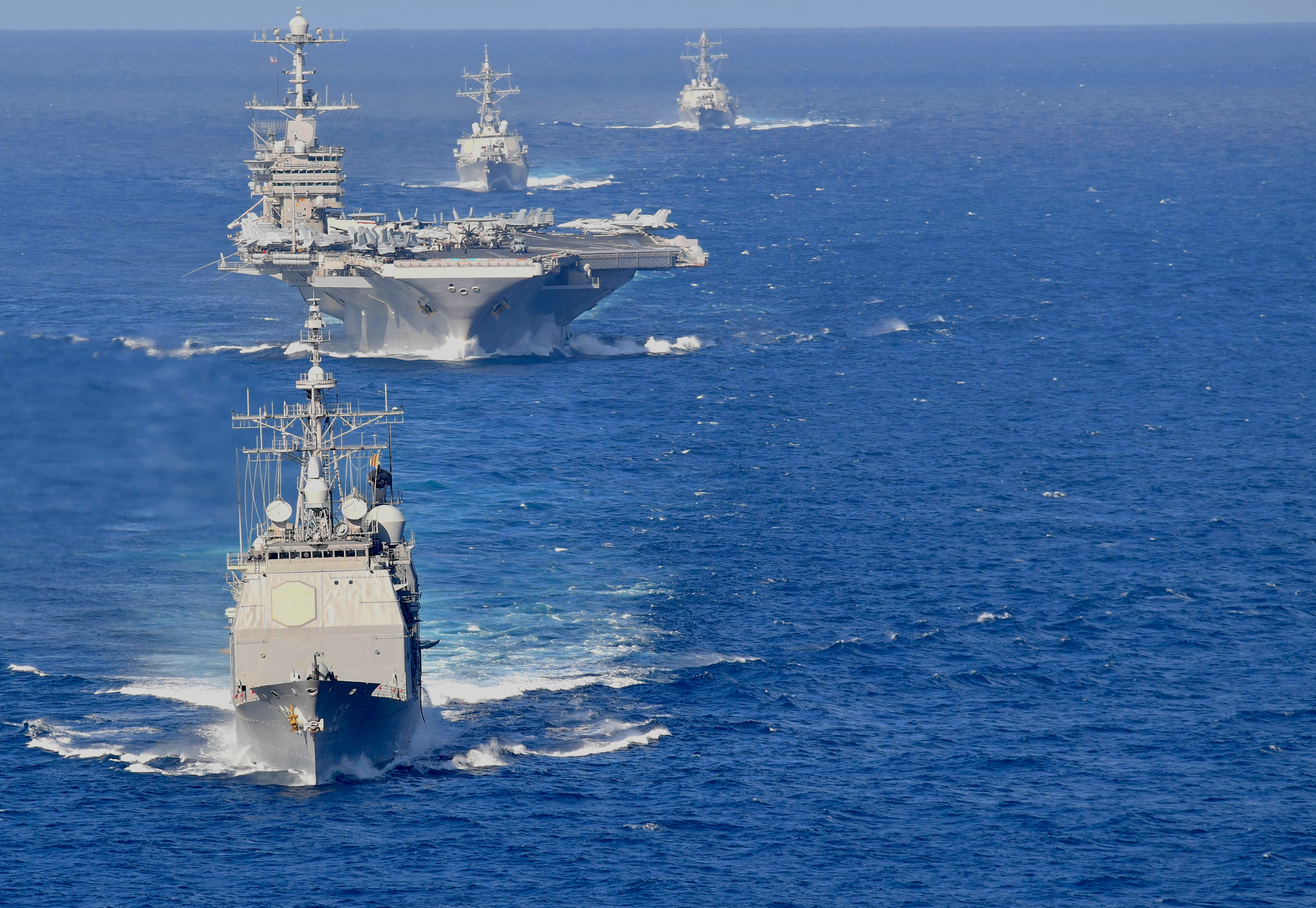 Aircraft carrier USS Harry S. Truman (CVN-75) continues to face electrical system challenges even as repairs are ongoing, and the ship may not be ready to deploy until mid-November or later, USNI News has learned.

This delay in the deployment has “not a significant impact” on operations in Europe, the head of Naval Forces Europe told USNI News on Tuesday but may present more of a challenge to military leaders in the Middle East.

The carrier was sidelined in late August amid electrical system failures that forced the ship to stay pierside for repairs instead of prepping for its planned early September deployment.

However, multiple sources told USNI News that the crew has been told to plan for mid- to late-November as the earliest date they may head out on deployment. As the shipyard continues repairing the electrical system, they continue to find new problems even as they fix known ones, USNI News understands.

The electrical issues on the ship have made some berthing areas on the ship uninhabitable and forced an unknown number of sailors to instead live in nearby hotels or other accommodations as the repairs continue.

“Some of the ship’s berthing facilities were affected, and leadership ensured alternate berthing arrangements and transportation was coordinated for the crew,” Miller confirmed.

U.S. 2nd Fleet spokeswoman Lt. Cmdr. Ashley Hockycko told USNI News that it was a command priority to ensure that all sailors were accounted for, taken care of, and provided with shuttles to get them back and forth from the ship at the yard to their hotels if they did not have personal vehicles they could use.

It remains unclear what the Truman repairs will mean for global carrier presence. Truman’s escort ships – three destroyers and a cruiser – departed on Sept. 12 for a surface action group (SAG) deployment and are currently operating out of Iceland, with a focus on anti-submarine warfare operations.

Though 2nd Fleet Commander Vice Adm. Andrew Lewis told USNI News that these ships were quite capable alone and could address the most commonly requested mission sets for the Navy – anti-submarine warfare, anti-surface warfare and anti-air warfare – Truman’s absence leaves combatant commanders without an aircraft carrier to provide deterrence and airstrikes from the sea if needed.

Commander of Naval Forces Europe Adm. James Foggo told USNI News on Oct. 1 that Truman missing its planned deployment date “really didn’t have a lot of impact on the current operations that are going on in the theater,” he said of the U.S. 6th Fleet area of operations, adding that the carrier hadn’t had any exercises or other engagements on the calendar that it was missing. Truman likely would have rushed through 6th Fleet to get to U.S. 5th Fleet and relieve USS Abraham Lincoln (CVN-72), which has been on station there for five months already.

“Forward deploying the SAG was brilliant and it gave Adm. Lewis and 2nd Fleet an opportunity to practice control of that four-ship SAG from a location in Iceland, which is tremendous, because we certainly spend a lot of time with our Icelandic partners. We fly our P-8s periodically up there in the fight in the undersea domain in the North Atlantic,” Foggo said.
“So there was some goodness out of the challenges we’re facing now. But these challenges are no different than at any other time in our history, when we moved through technical setbacks quickly and professionally, and I have every confidence that the ship will be out soon and she’ll be doing great things in our theater or anybody else’s theater.”

He added that “the (readiness) problems that exist today, they aren’t going to go away. So we continue to deal with those as a joint force, because there are other elements out there – particularly when you talk about carrier air power – who can provide capability and an opportunity for us to move through some readiness challenges and get the ship out.”

Abraham Lincoln departed Norfolk on April 1 and has been in the Middle East since May. The carrier had been operating in 6th Fleet waters but was rushed to the Middle East amid rising tensions with Iran. It has since been parked in the Northern Arabian Sea and the Gulf of Oman, monitoring a tense situation in the Persian Gulf from just outside those narrow waters. The carrier has no relief on the way in the near future and it is unclear how much longer Lincoln will be asked to remain on station.

Lincoln will change homeports at the end of its deployment and sail to San Diego; if the carrier conducted a normal seven-month deployment, it would be chopping out of the Middle East in a matter of weeks to begin its trip through the Pacific to return home. However, none of the East Coast carriers likely could get to the Middle East until December or later, USNI News understands. USS Dwight D. Eisenhower (CVN-69) recently completed its own at-sea pre-deployment training, and its escorts have completed their advanced training, but the carrier strike group and air wing have not come together yet for integrated training and certification. Due to the timing, it is unclear if U.S. Central Command and Joint Staff leaders will agree to have a gap in carrier presence and rely on land-based aviation from the Air Force, or if they will try to extend Lincoln’s deployment.

Miller said he could not discuss specific schedules or future operations.