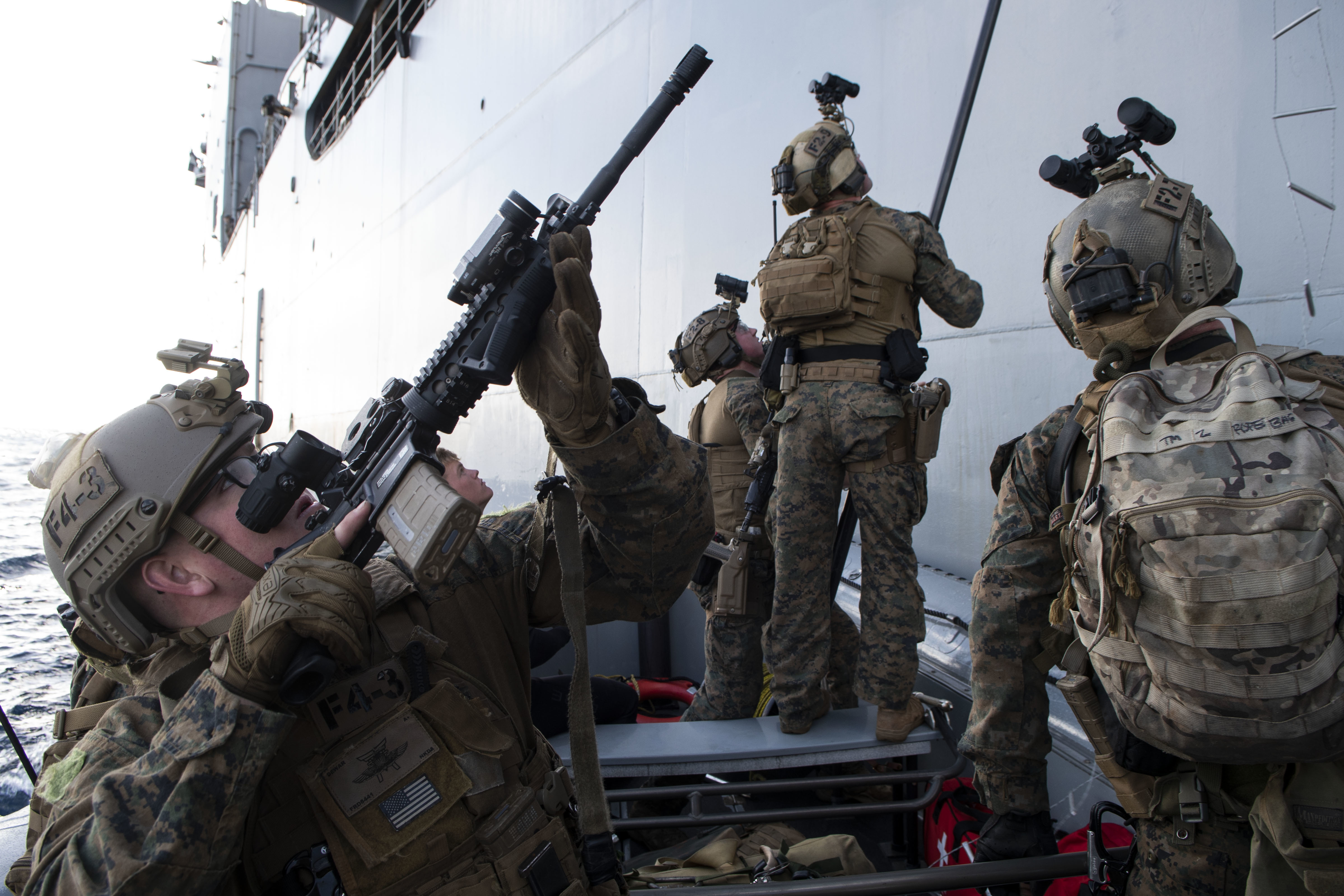 THE PENTAGON – The Marine Corps continues its drive to become a more agile and maritime-focused force that can respond to tensions quickly and buy decision space for military leaders and diplomats, the commandant said.

The service sees China as the pacing threat to prepare for, but the service does not want a war; rather, the Marine Corps sees itself as a first-responder to any fight that bubbles up, quickly getting to the scene to “freeze” the conflict and allow diplomats to de-escalate, ideally, or for the military to send in follow-on forces if called upon, Gen. David Berger told a small group of reporters today in his office.

Though planning for this kind of force has been taking place at Marine Corps Base Quantico and at the Pentagon for several years now, talk of pacing threats, peer adversaries and freezing and containing conflicts hasn’t been part of the public lexicon.

But Berger, who took command of the service in July after heading up future force planning efforts in his last assignment, said he’s ready for the public to see a more modern take on what the Marine Corps brings to the joint force.

After so many years of operating as a second land army in Iraq and Afghanistan, Berger said he wanted to make clear that the Marine Corps of today and tomorrow is “a fleet marine force that could go ashore, instead of a land force that could go on a ship,” he said. Of those lengthy ground wars, he said “we had to do that, but actually that’s not why we have a Marine Corps.”

Berger outlined this vision in his Commandant’s Planning Guidance in July, and that vision has already begun shaping how the service is planning its future concepts and requirements for gear.

Looking to further share this idea, Berger released a video today to “capture who the Marine Corps is, what we do,” he said. The video is filled with phrases that refer to “a naval expeditionary force in readiness” and a “fleet marine force” that is “instantly mobile” and can take “key maritime terrain” and “buy time, create decision space.”

Berger noted that everything in the video is forward-looking and intentional. Much of it reflects the work he did as deputy commandant for combat development and integration and commander of the Marine Corps Combat Development Command, where he oversaw the refinement of the Littoral Operations in a Contested Environment (LOCE) and Expeditionary Advance Base Operations (EABO) concepts, as well as exercises to start learning what LOCE and EABO look like in reality and wargames to understand what new gear the Marines will need to operate that way.

But actually, Berger said, it was an earlier assignment that got him thinking this way about the Marine Corps and how it needed to evolve: serving as commanding general of U.S. Marine Corps Forces Pacific, he saw first-hand how China had a plan to displace the United States as the top world power and was putting resources to that plan. 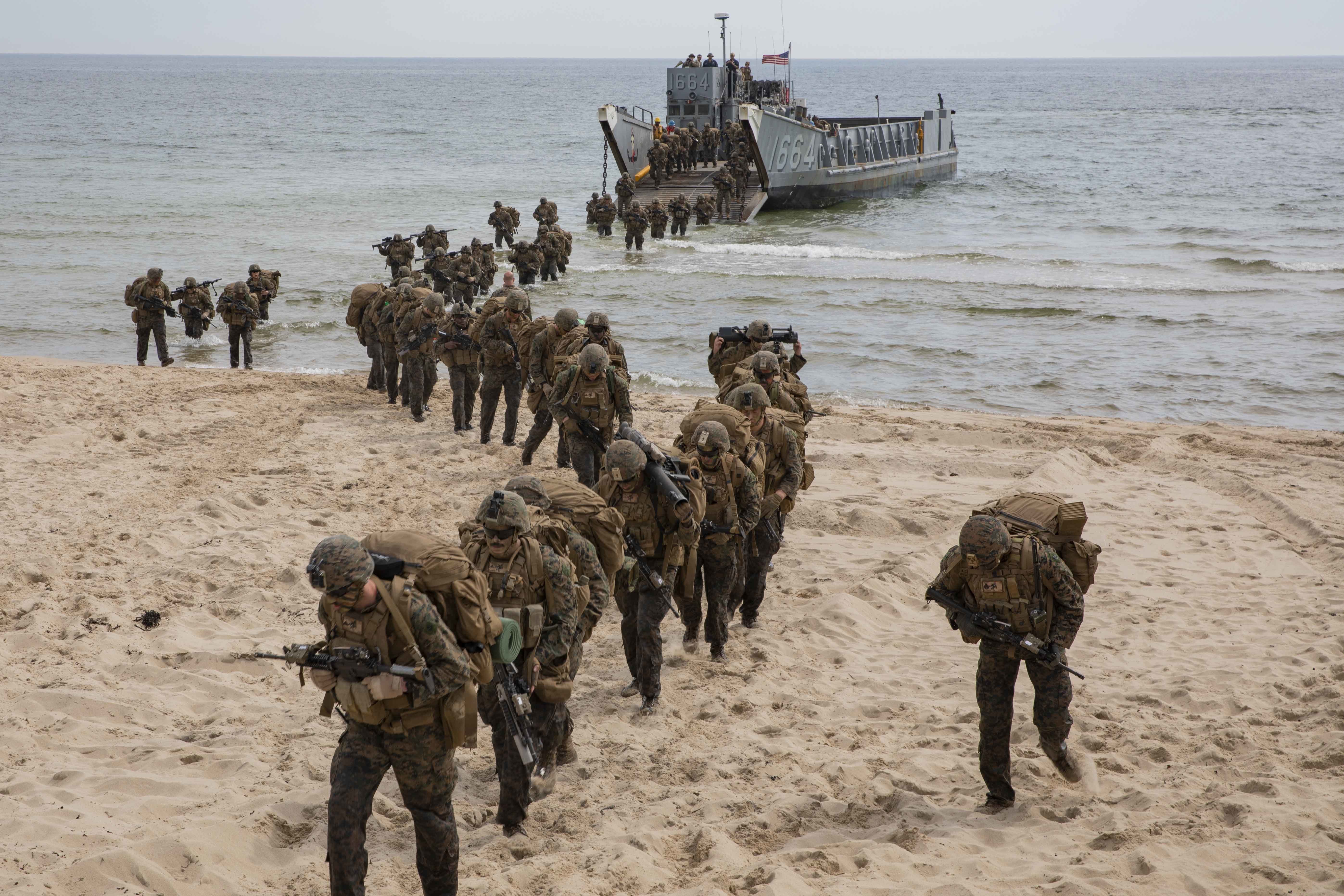 While acknowledging that Russia did also present challenges to the service, he said China was “clearly the long-term existential threat to the U.S.” Berger likened China to the New England Patriots: if another football team wanted to best prepare to win the Super Bowl, it should get the right people and do the right training with the Patriots in mind, even if a game against the Patriots isn’t on that team’s near-term schedule.

To that end, Berger said the Marine Corps has a vision of what it wants to be, but it’s not there just yet.

“We are too heavy, too cumbersome. We’re built for another Desert Storm. … We have to go on a diet,” he said. Though China might be building up a conventional heavy ground force, the Marines’ role in the joint fight will be to stop Chinese aggression in an asymmetric fashion: “we’re not going to go head-to-head, tank-on-tank,” but rather the Marines will come from the sea in a dispersed fashion in such a way that Chinese defenses are overwhelmed and they can’t stop a multi-pronged attack from so many directions and in so many domains.

The Marines’ ability to freeze in place a conflict only works if they can arrive at the conflict quickly, though, he said. If war is a battle of wills, the Marines must be able to quickly show the adversary that today isn’t the day for a big fight. If that message isn’t delivered in short order, though, Berger said freezing a fight will be ugly or impossible. To support that, then, the Marines need to be dispersed throughout the Pacific, already at-sea on training and presence missions and ready to quickly move in when called upon with only the gear they’ve brought with them. 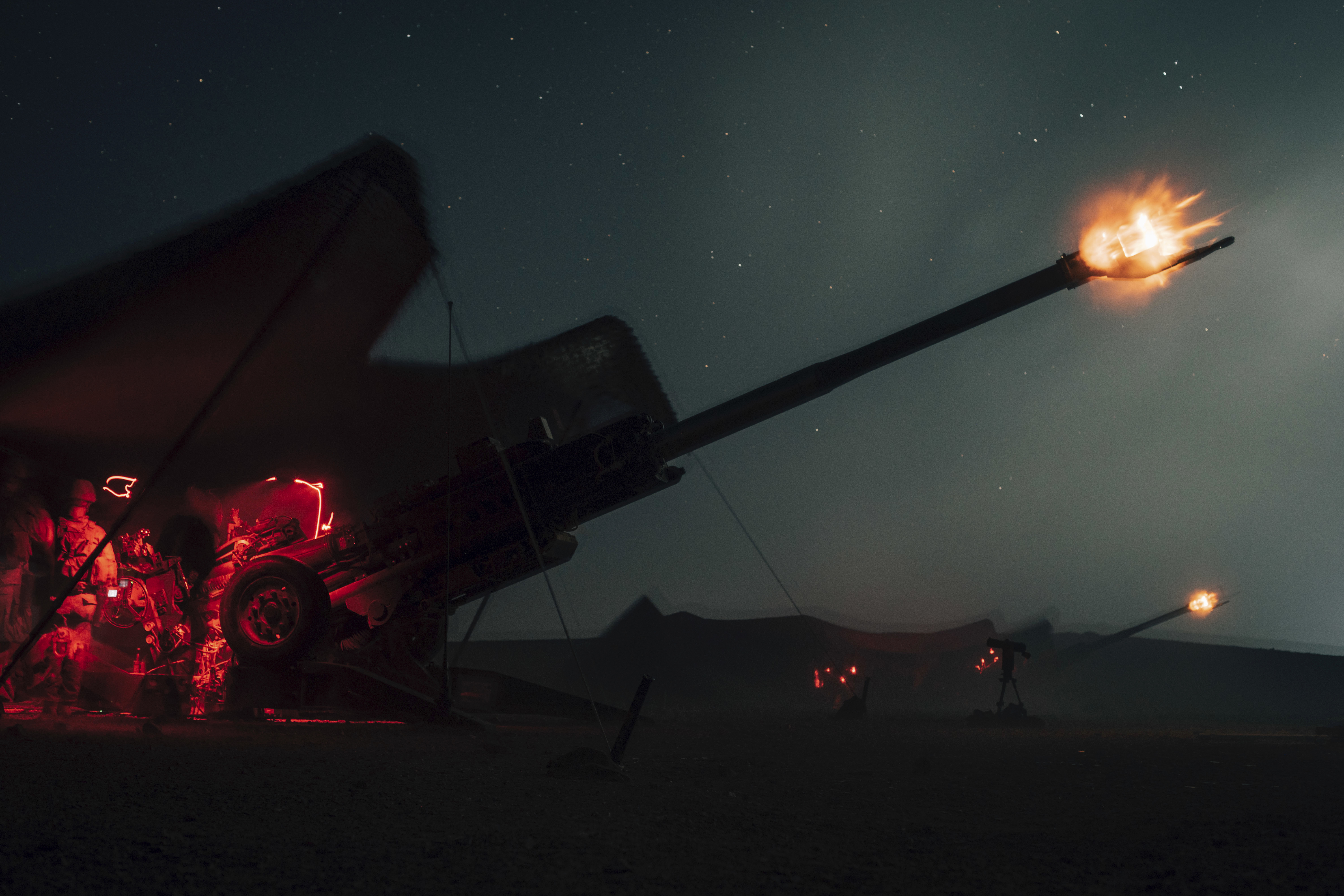 Asked about the threat China and its increasing anti-access/area-denial weapons pose, Berger said he is “absolutely comfortable” operating inside these weapons envelops as long as the Marines don’t mass their people and expensive gear in a single location to create a vulnerability. If Marines are dispersed and on the move, he said, they can accomplish their missions.

Training will have to become more amphibious-focused, with inland ground training ranges like 29 Palms in California being used to simulate insertions from the sea and coastal locations like Catalina Island being used more for LOCE and EABO training.

While it may take some years to shift the entire Marine Corps to this new way of fighting – some Marine occupational specialties will become less relevant, and those Marines will have to be trained for new jobs as their MOSs are phased out gently, without leaving anyone without a job – there can be a “hard shift” in what Marines are learning in schoolhouses and on-the-job training to prepare them for the information warfare environment and new technologies that will shape their maritime- and peer threat-focused operations.