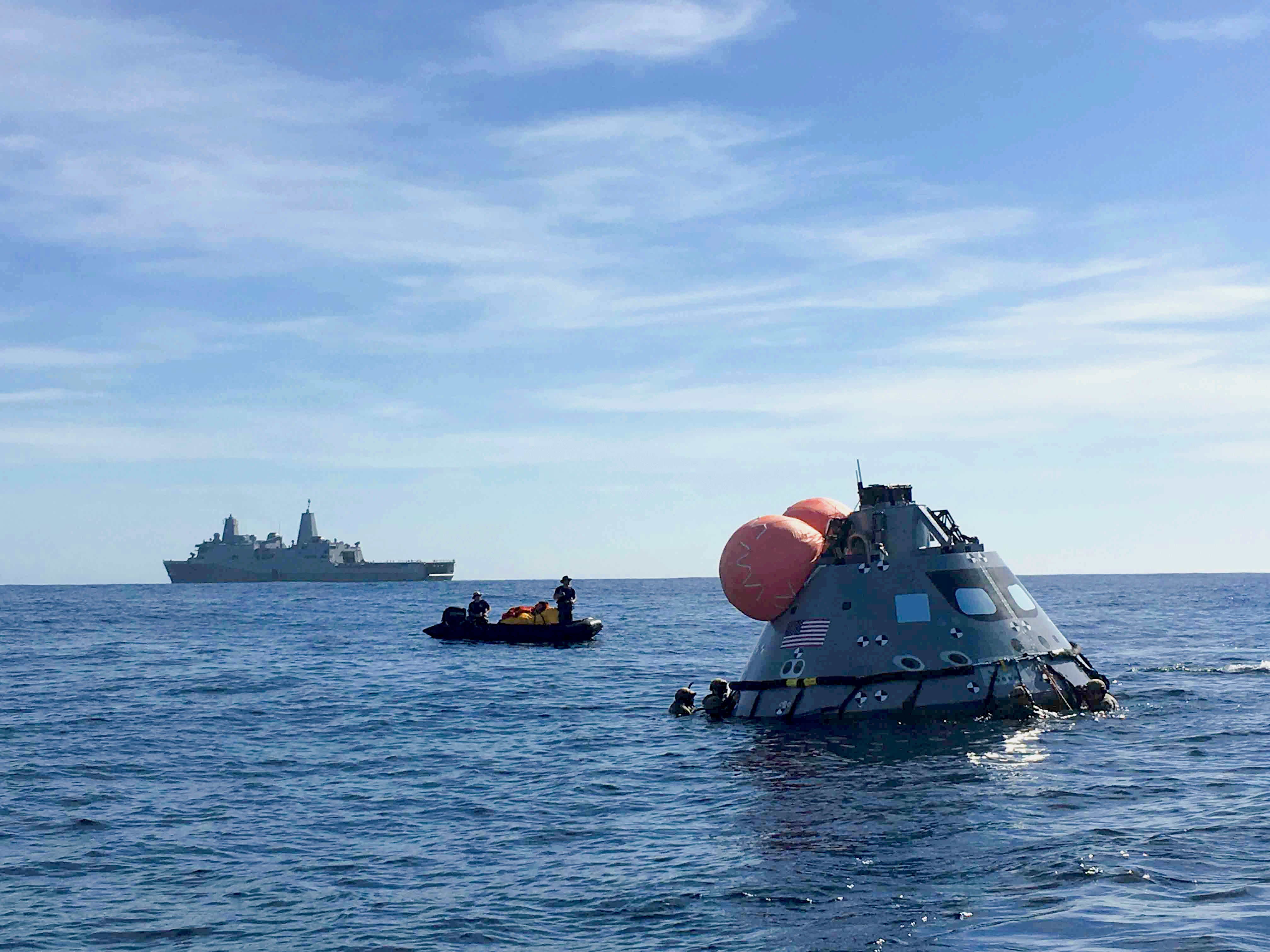 NASA has committed to buy three new Orion capsules that will include the spacecraft that will carry the next U.S. astronauts to the moon, the agency announced on Monday.

Monday’s award follows an initial award to Lockheed for the first two capsules in the spacecraft class, the first of which will be launched on an unmanned test mission that could occur sometime next year. The larger program has faced delays; however, there has been a White House push to accelerate the U.S. manned space program.

The Artemis program is part of a planned Trump administration push to return to the moon by 2024. In addition to the capsules, Lockheed is set to develop a lunar lander and help build the so-called Gateway orbital station.

“During this flight, the spacecraft will launch on the most powerful rocket in the world and fly farther than any spacecraft built for humans has ever flown. It will travel 280,000 miles from Earth, thousands of miles beyond the Moon over the course of about a three-week mission,” NASA said in a 2018 statement. “Orion will stay in space longer than any ship for astronauts has done without docking to a space station and return home faster and hotter than ever before.”

The Navy is key to how NASA plans to operate the reusable capsule – in particular, the amphibious fleet. Over the last several years, the service has tested recovering test capsules into the well deck of San Antonio-class amphibious warships (LPD-17).

The 25,000-ton ships have extensive medical facilities to host NASA flight surgeons, and the ship’s AN/SPS-48 radars are capable of tracking the Orion’s reentry.

The Navy and NASA have tested the capsule-recovery concepts in several experiments since 2013.

An LPD will be on hand to recover the first unmanned Artemis mission when it lands. The new program brings the Navy back into the moon capsule recovery business for the first time since Apollo 17 in 1972.

At the time, astronauts Eugene Cernan, Ronald Evans and Harrison Schmitt were plucked from the Pacific Ocean via helicopter and deposited on the deck of USS Ticonderoga (CV-14). The new capsules’ recovery will be less dramatic. Due to the weight and size of the Orions, they will be slowly winched inside the ships into rest a specially designed cradle.