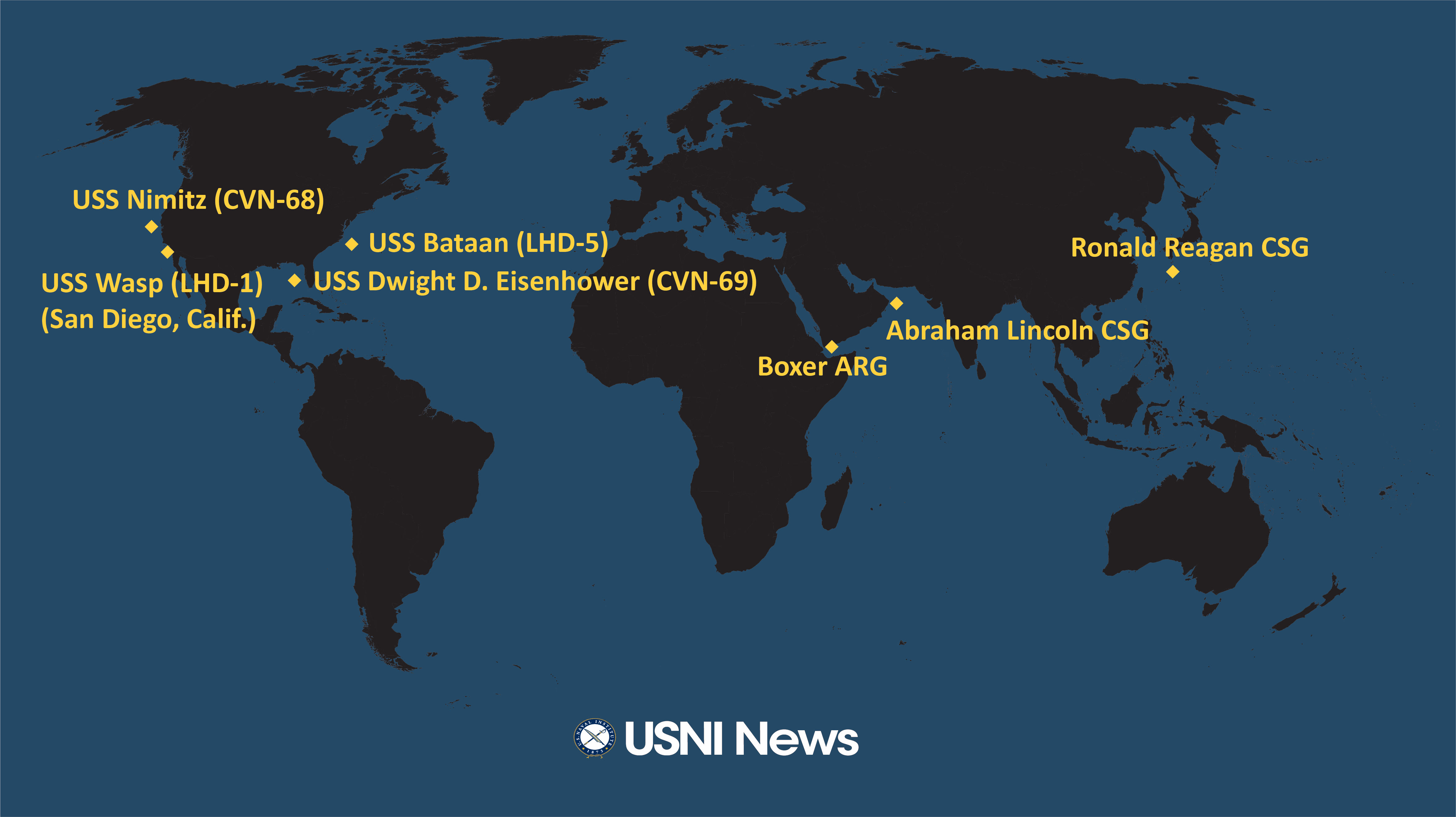 These are the approximate positions of the U.S. Navy’s deployed carrier strike groups and amphibious ready groups throughout the world as of Sept. 16, 2019, based on Navy and public data. In cases where a CSG or ARG is conducting disaggregated operations, the chart reflects the location of the capital ship. 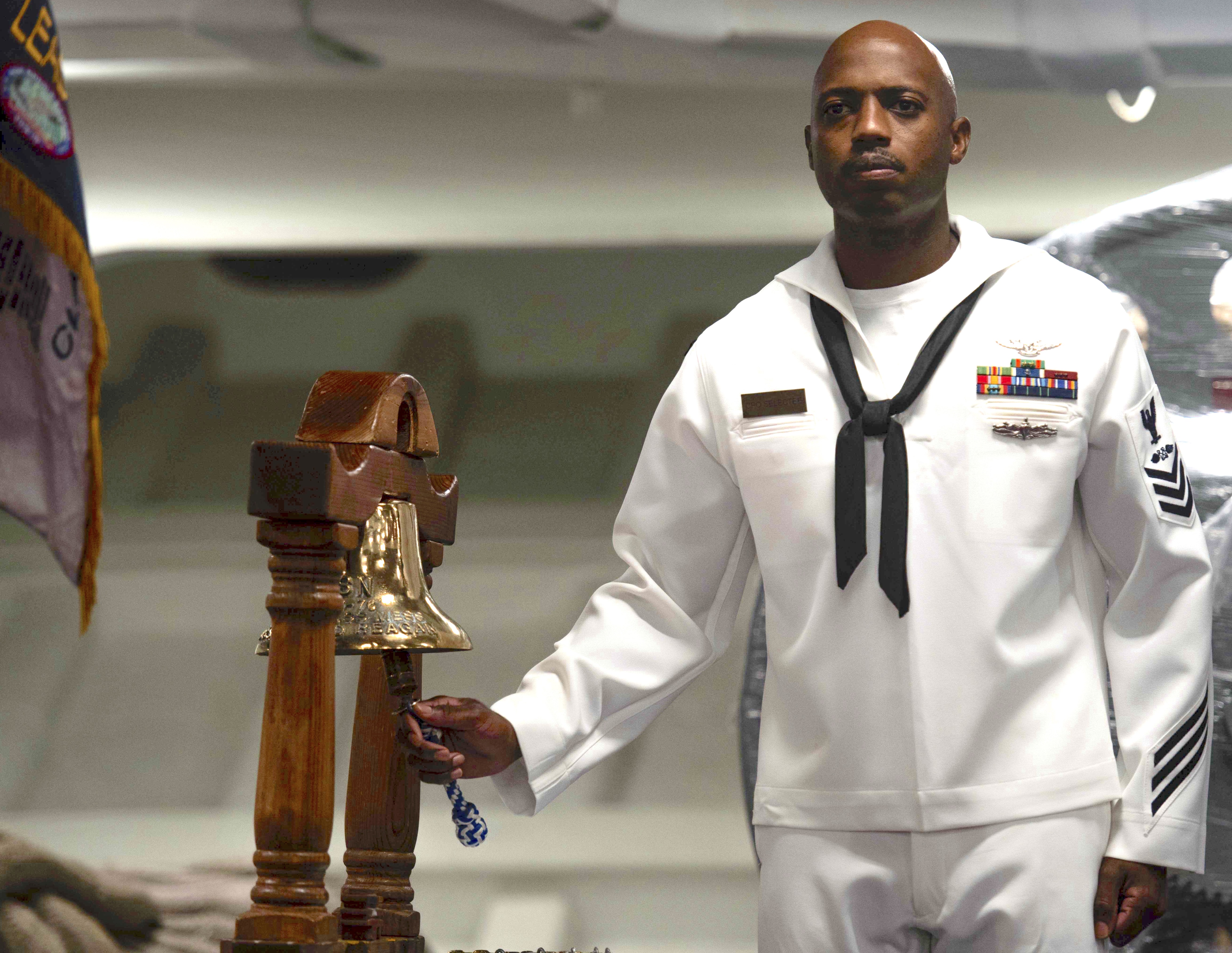 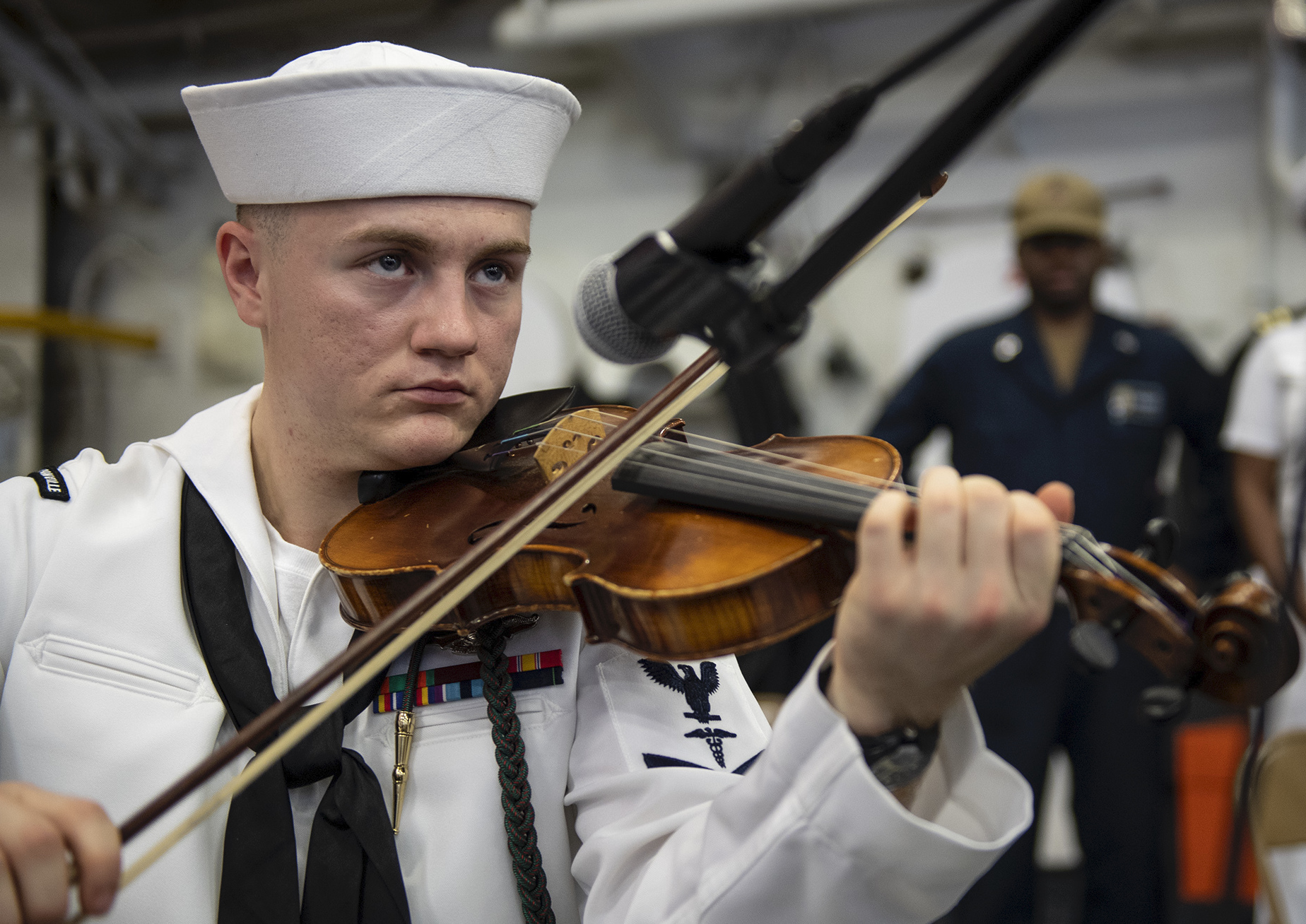 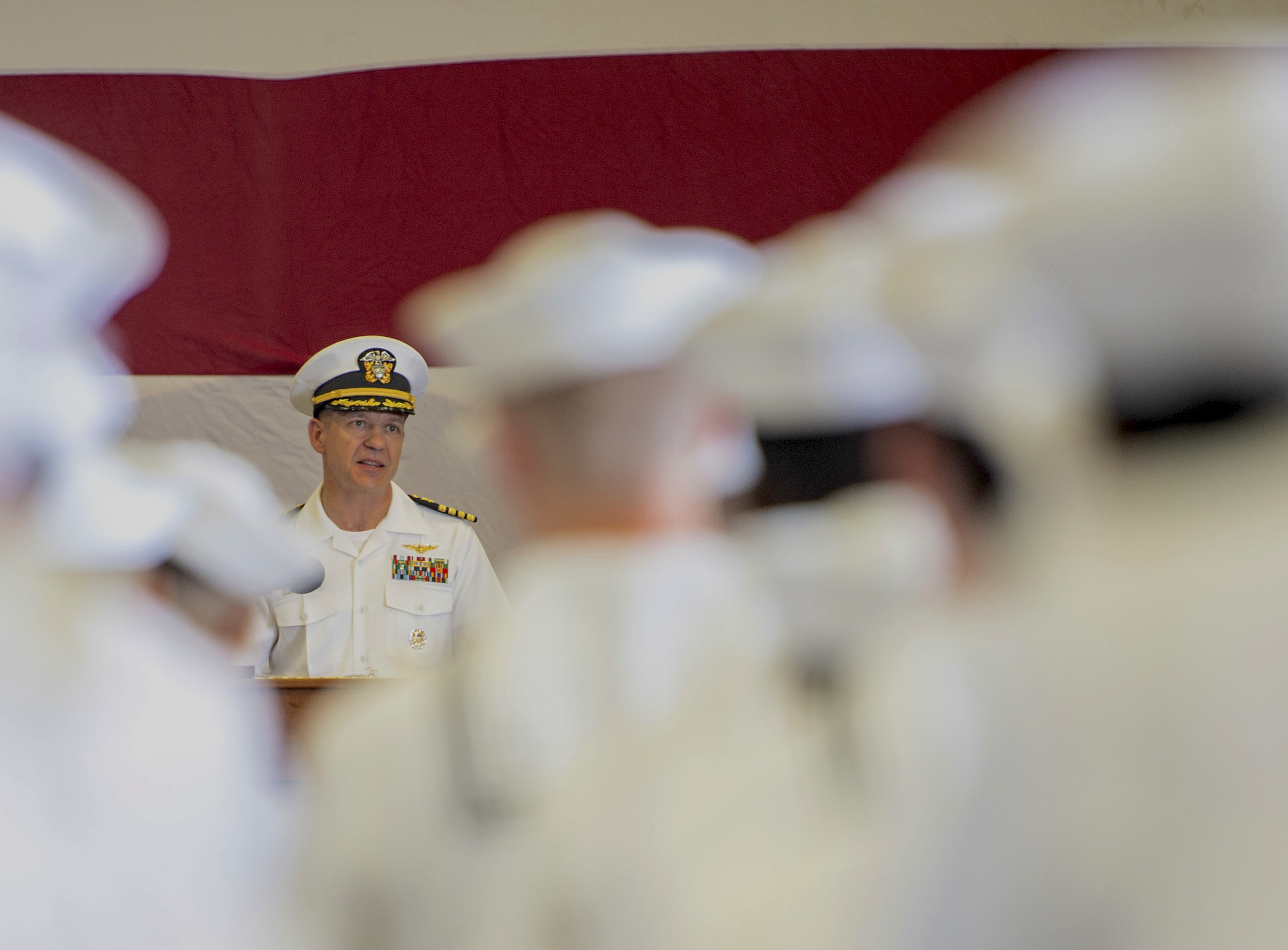 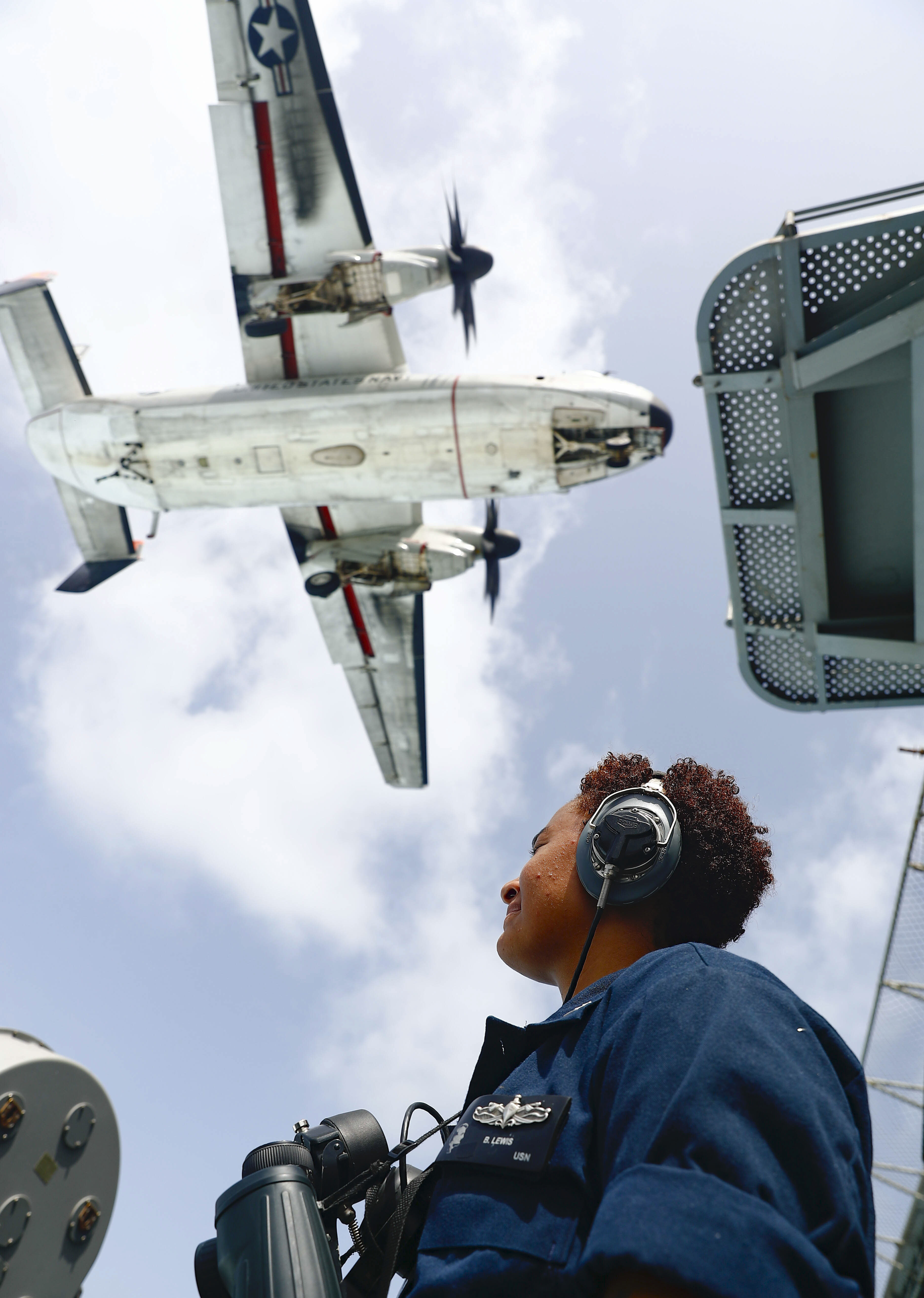 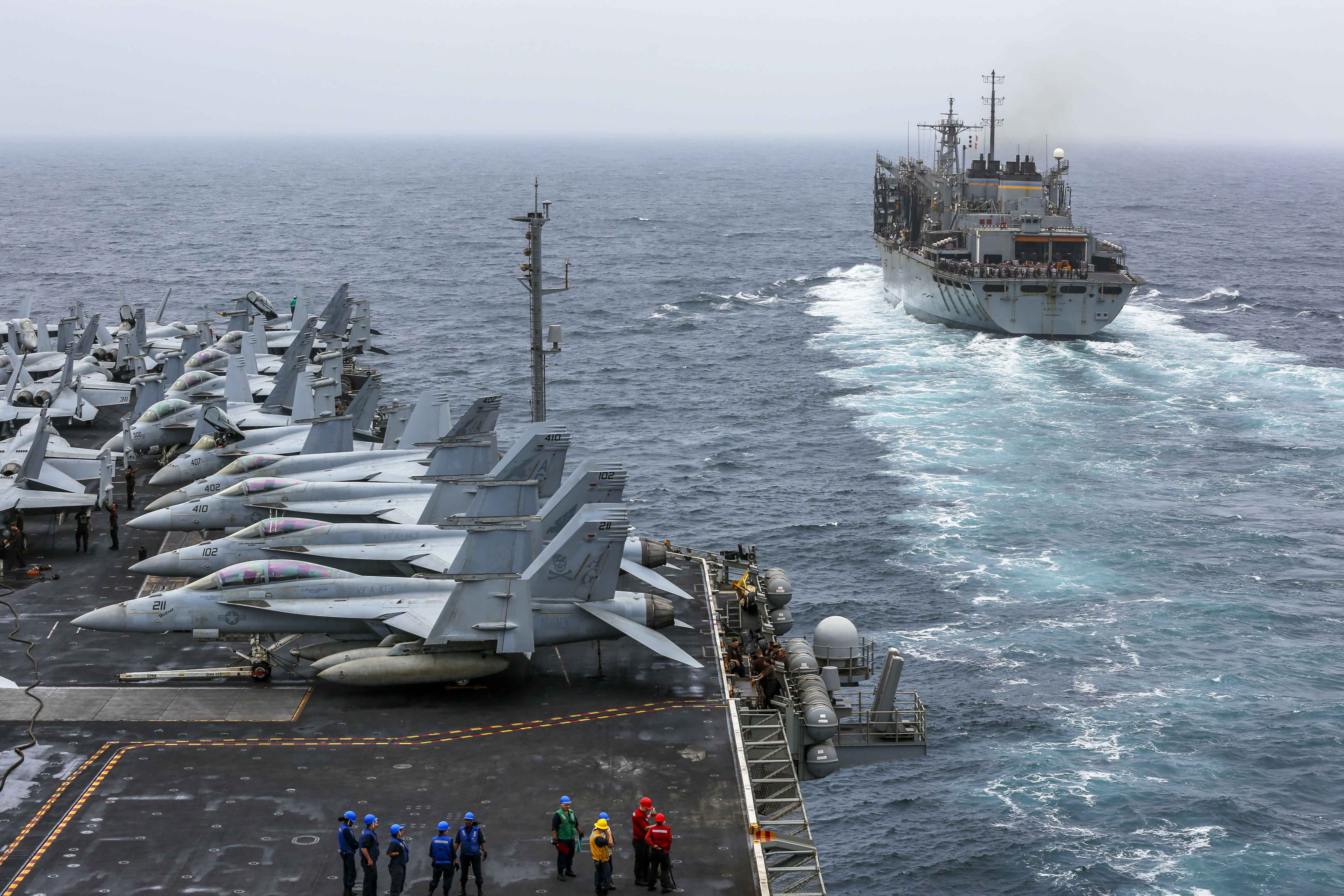 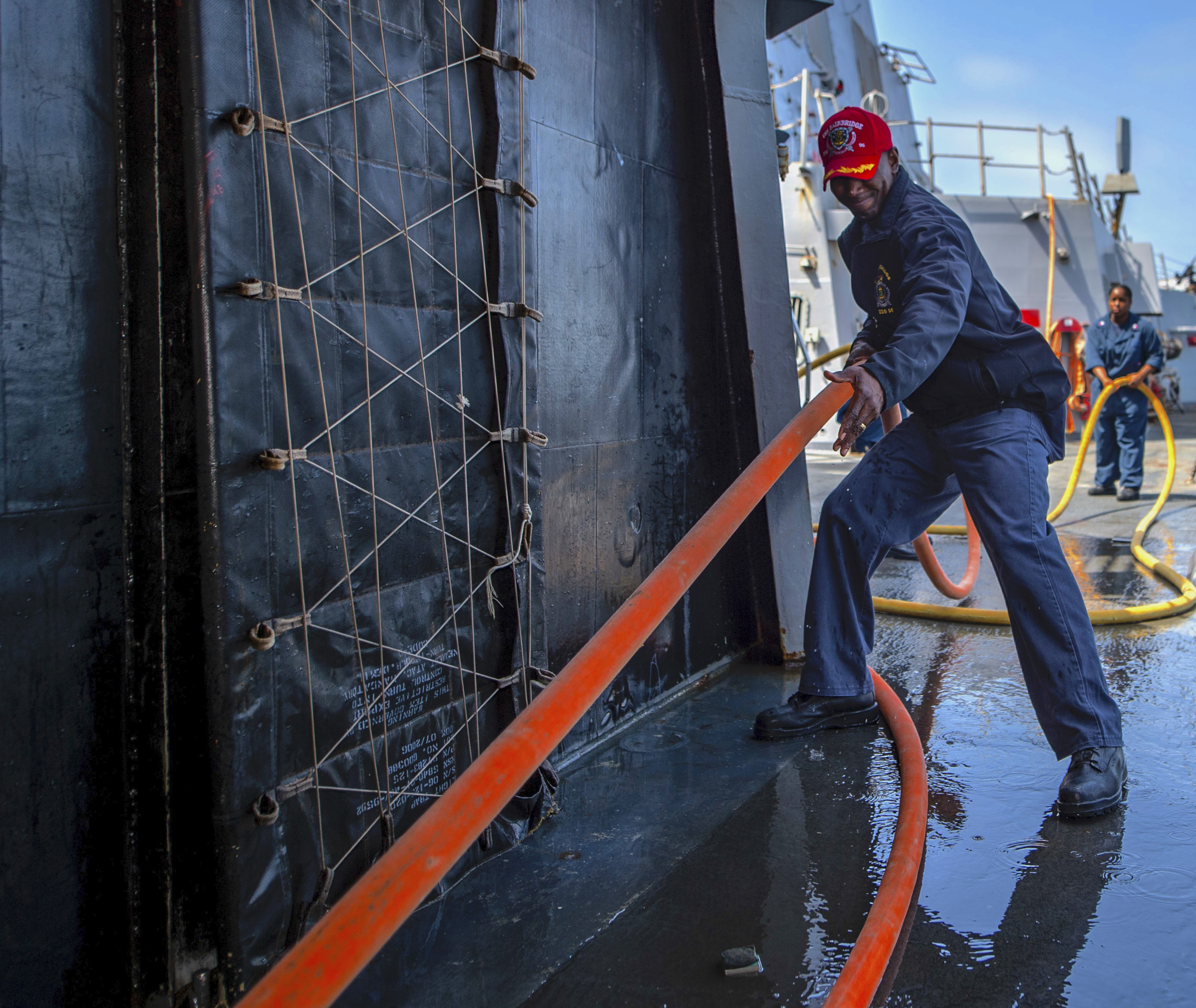 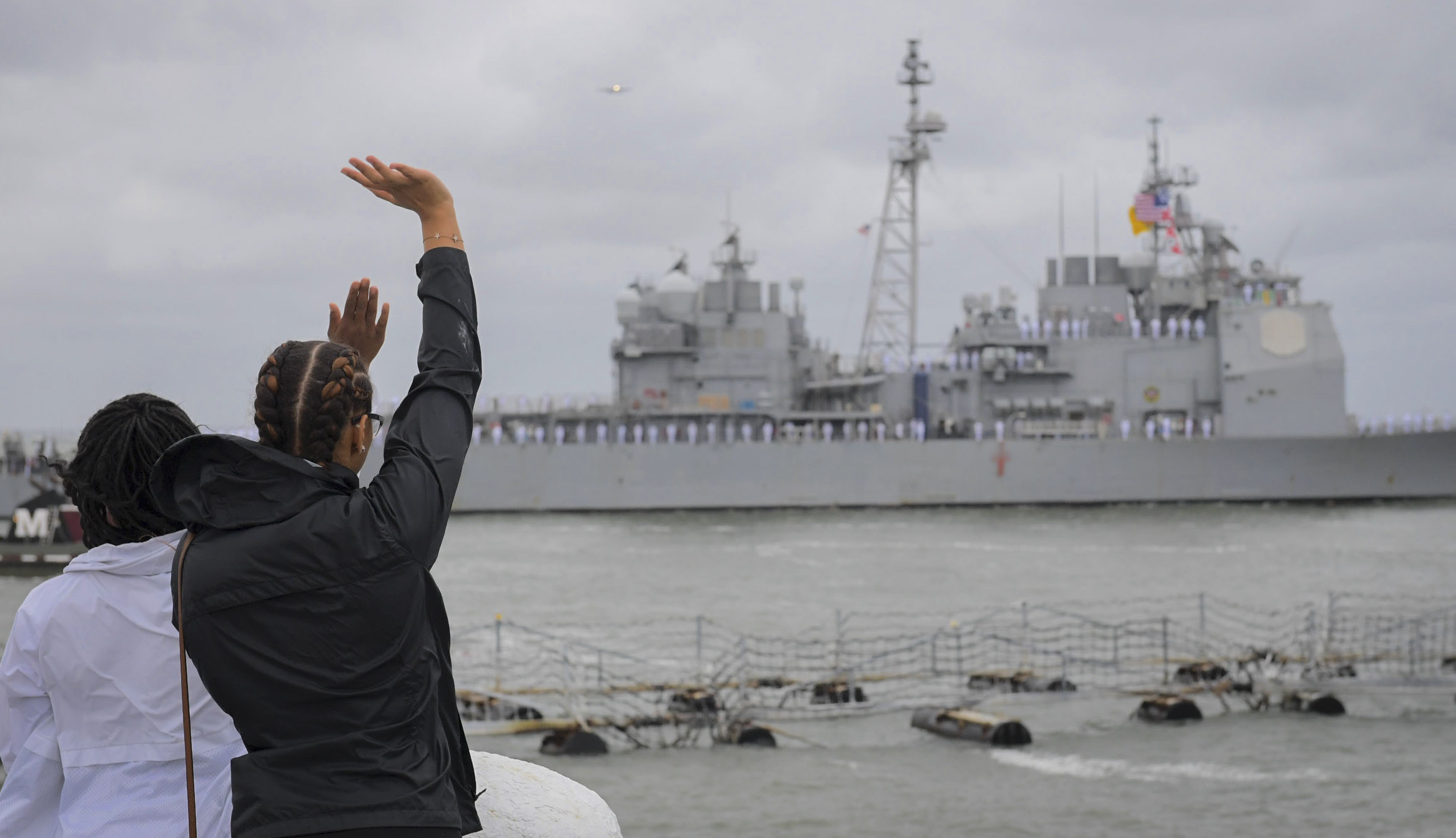 “The SAG will be led by the Destroyer Squadron (DESRON) 28 and her staff, along with elements of the carrier strike group staff. The SAG staff brought in about 15 additional personnel to make up for capabilities typically found on the carrier, particularly in the areas of maintenance and technical support,” USNI News reported last week after an interview with U.S. 2nd Fleet Commander Vice Adm. Andrew Lewis. 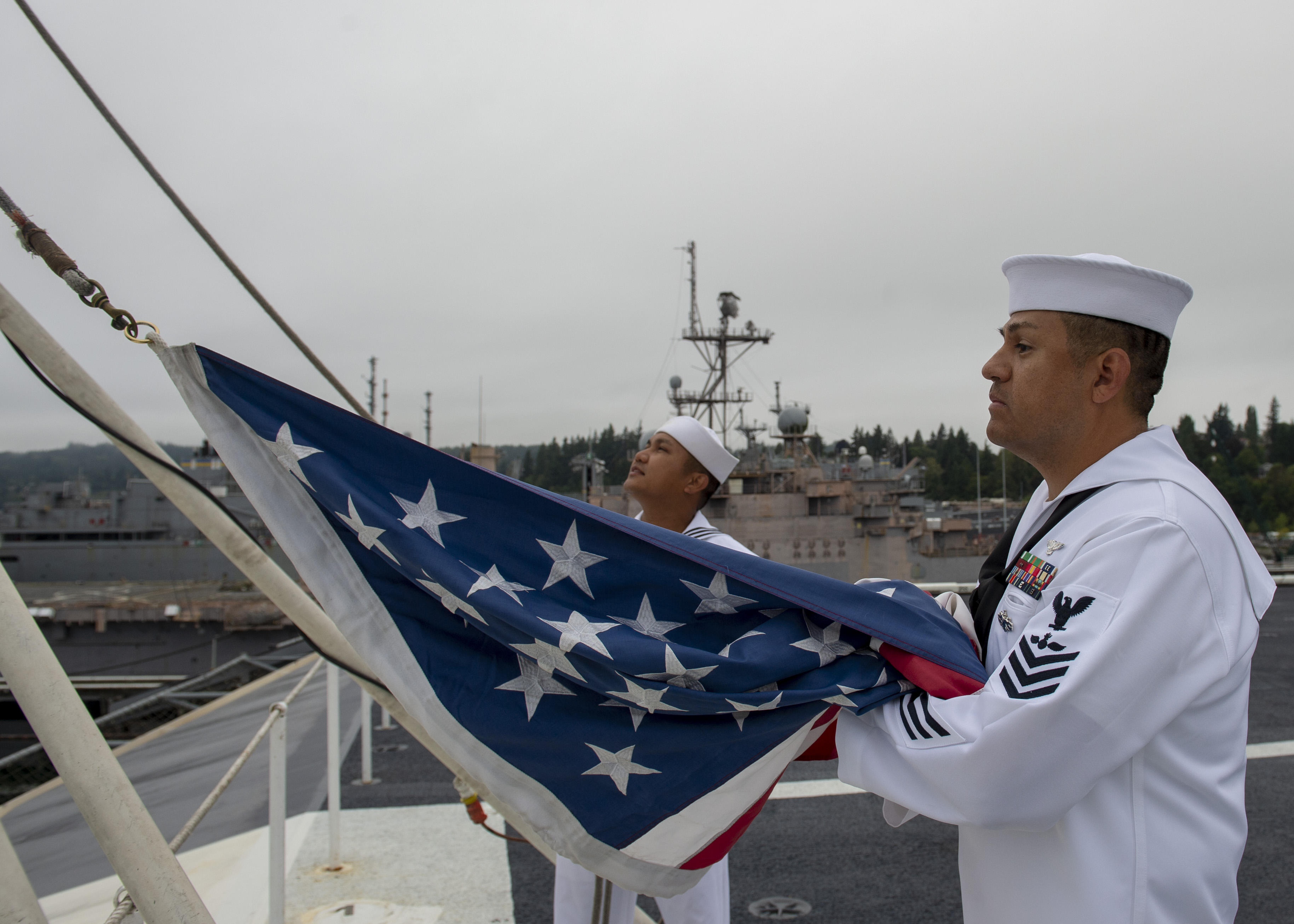 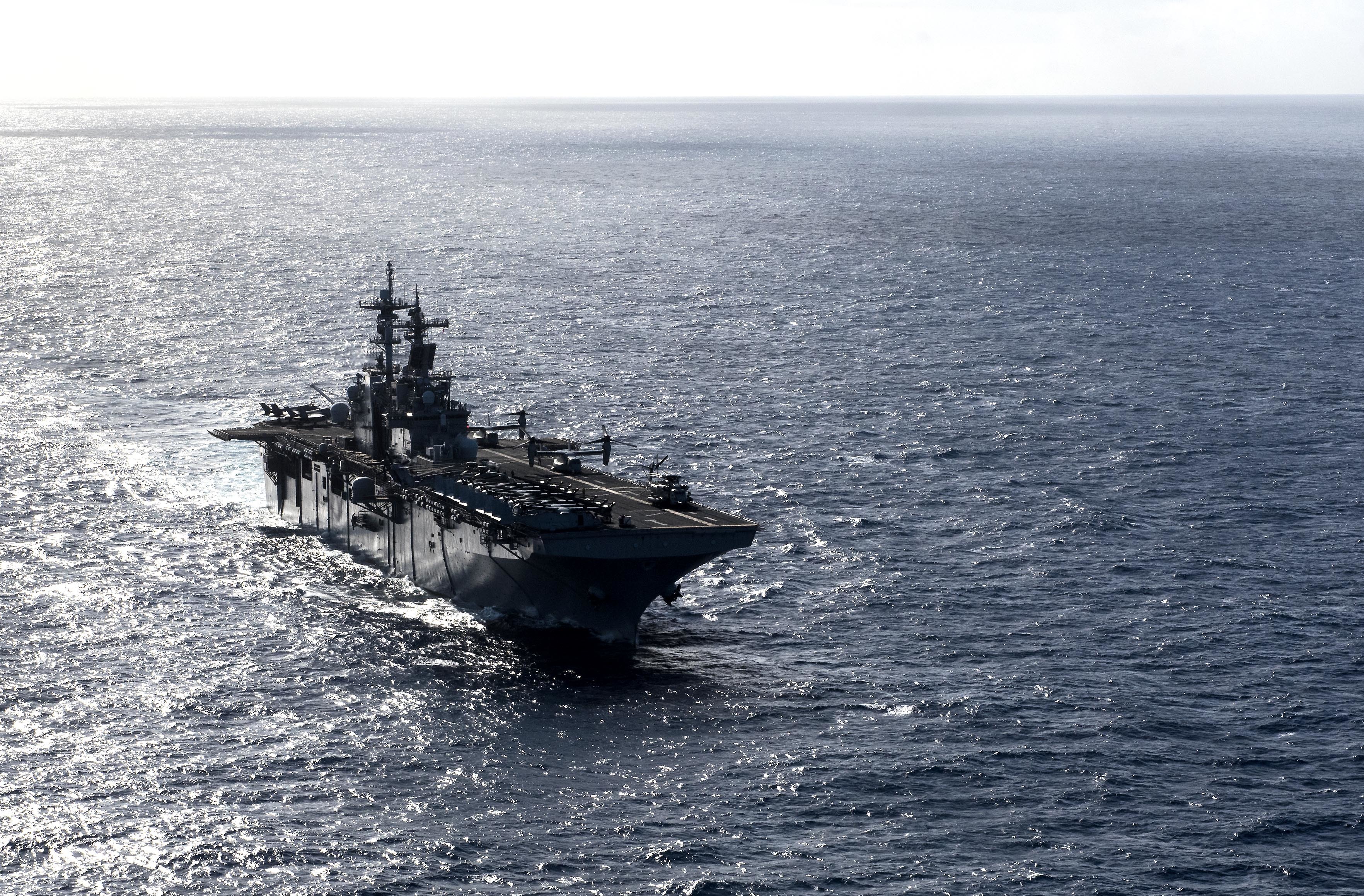 USS Wasp (LHD-1) is in port in San Diego. She is executing a homeport shift to Norfolk.