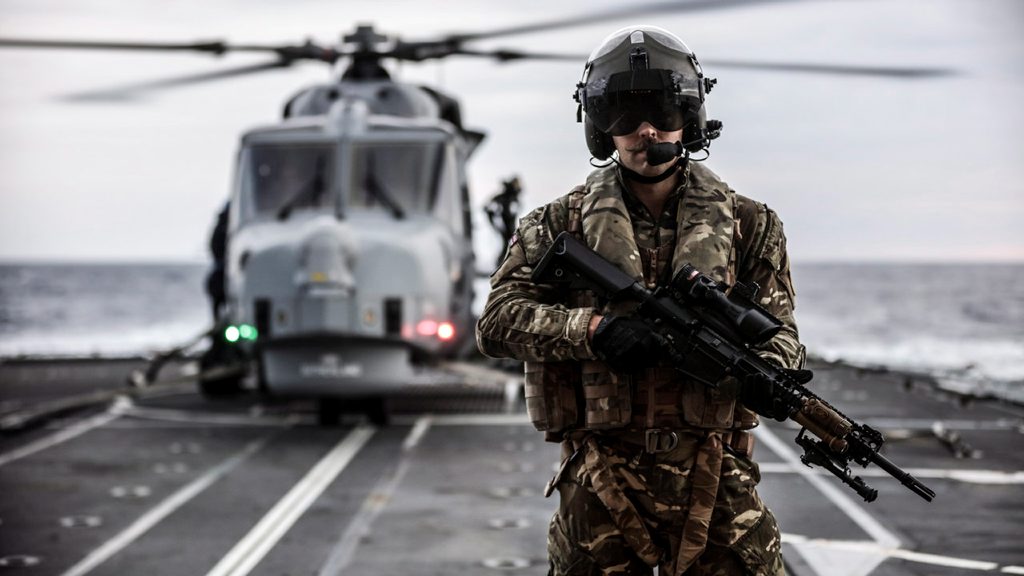 LONDON — The retirement last year of the Royal Navy’s biggest assault ship – the helicopter carrier HMS Ocean – was accompanied by dire warnings in the British press of the imminent demise of the country’s entire amphibious warfighting capability.

On Wednesday, the head of the Royal Marines, flanked by two senior colleagues and a navy commodore, overturned the forecasts by outlining bold new plans to return the United Kingdom’s sea soldiers to their maritime roots.

At the heart of the proposed shake-up is the concept of Littoral Strike, which will see a future commando force projected onto land from specialist shipping, supported by carrier-borne F-35B Lighting II Joint Strike Fighters, and enabled by remote and autonomous systems.

Starting in 2023, Royal Marines will be permanently forward-deployed close to potential trouble spots. Company-level combat capabilities will be available to insertion forces of just 12 to 16 Royal Marines.

Addressing a seminar at the DSEI expo, Major Gen. Matt Holmes, the Commandant General Royal Marines, said, “The scale and ambition of our transformation is significant. Nothing is off-limits and we aspire to be at the cutting edge of defense.”

After years of land-locked counter-terrorism operations, the Royal Marines’ prime focus is again on warfighting and theatre entry “within a NATO construct alongside our U.S. Marine brothers,” he said. 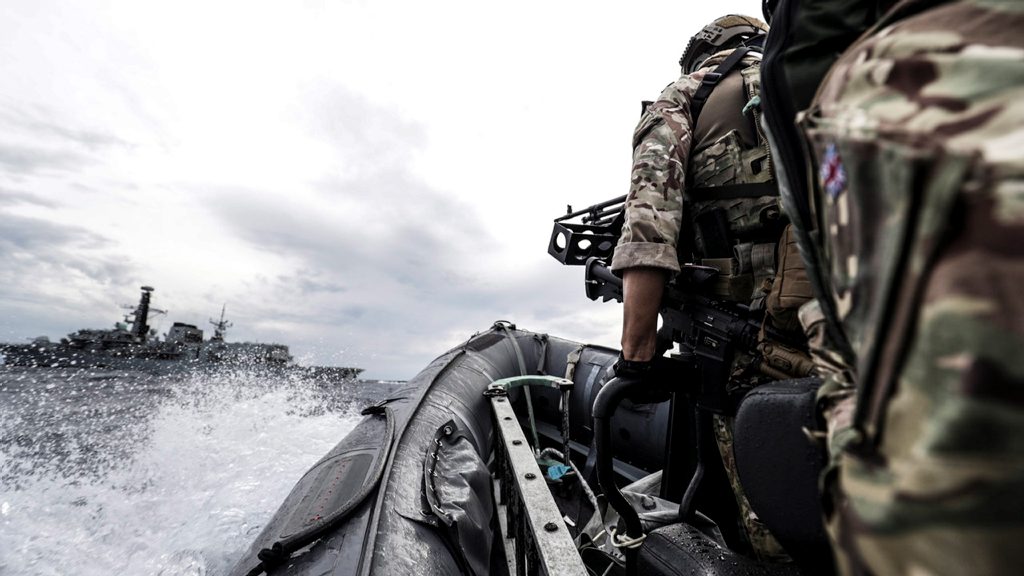 The operational posture envisions more persistent forward deployment, providing “constant competition” to potential adversaries from the Arctic to the Middle East and beyond and rapid response to crises.

The new littoral strike force will be “active, not just ready,” said Maj Gen Holmes. “I need agile, robust commandos able to operate an array of systems to win the fight, if necessary, in a denied environment.”

Col. Mark Totten, director of the Littoral Strike program, told the DSEI seminar, “We’re looking at a force design that’s driven [by] the warfighting requirement of the anti-access battle, and trying to enable the maritime component to impose sea control and attack [hostile] systems that are increasingly prolific and increasingly capable.” 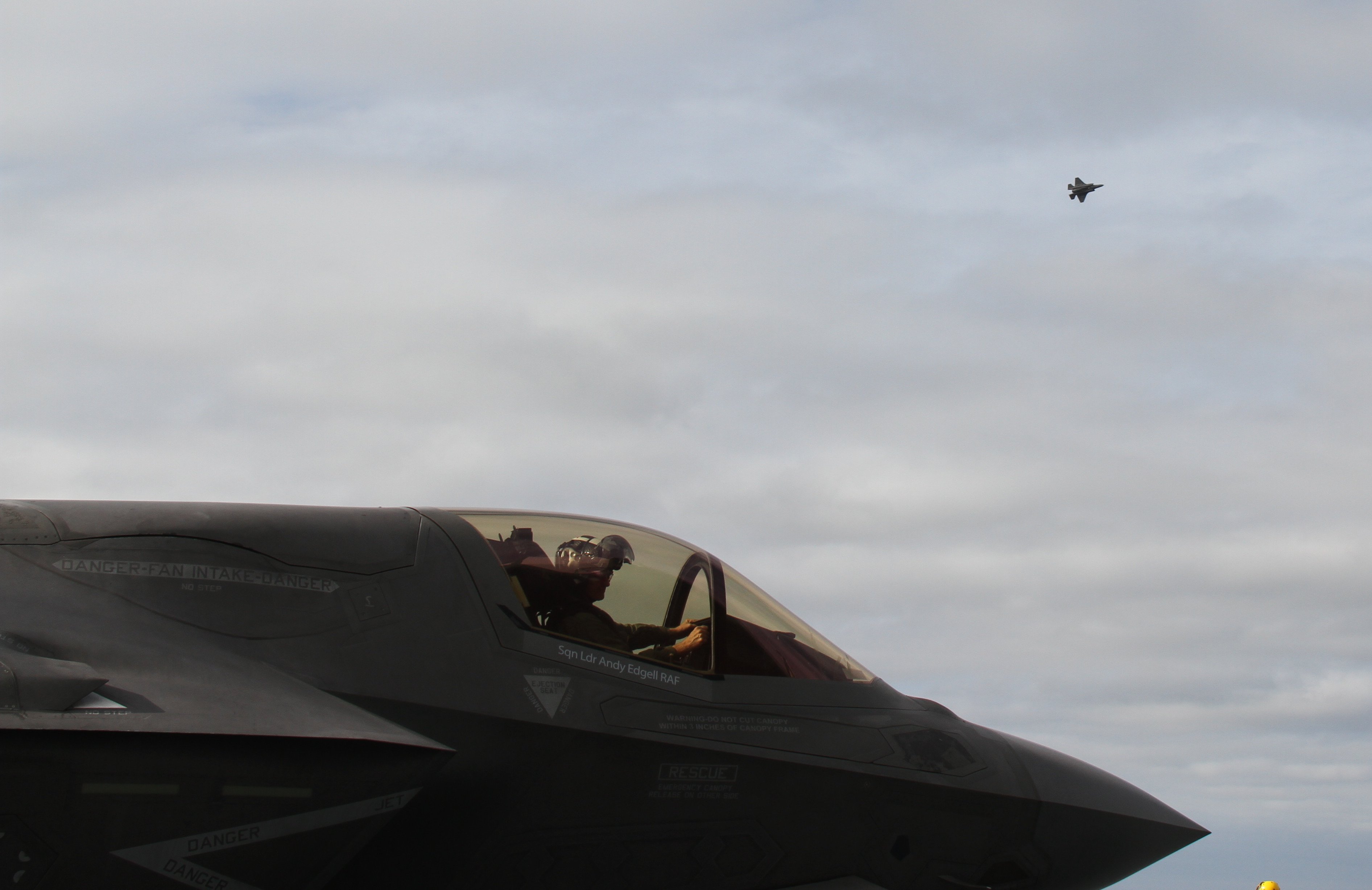 The Royal Marines are pursuing a policy of force distribution, following recent guidance from the U.S. Marine Corps. It will be a “step change from the current elite commando group, which [involves the use of] concentrated force to pit its strength against an enemy’s weakness,” Col Totten said.

“Our adversary will be distributed.” Force distribution, he said, “gives us maneuver options to engage enemy systems more directly. It reduces the effect of enemy fires on us and reduces our signature when maneuvering, and probably most importantly it [allows us to] drive up the unpredictable nature of our operations and impose greater costs on our adversary.”

In the future, combat functions that were fielded traditionally at the company level by a 12 to 16 Royal Marine team, which will gain increased mobility, situational awareness and support from F-35B aircraft. The team will also be able to integrate more closely with special operations forces.

In February, the British government unveiled plans to acquire at least two littoral strike ships, possibly based on a merchant vessel design, to serve as forward operating bases.

Commodore James Parkin, who commands the U.K.’s Amphibious Task Group – which will be rebranded as a Littoral Strike Group (LSG) on October 1 – said proposals for new ships are now at the concept and assessment phase. 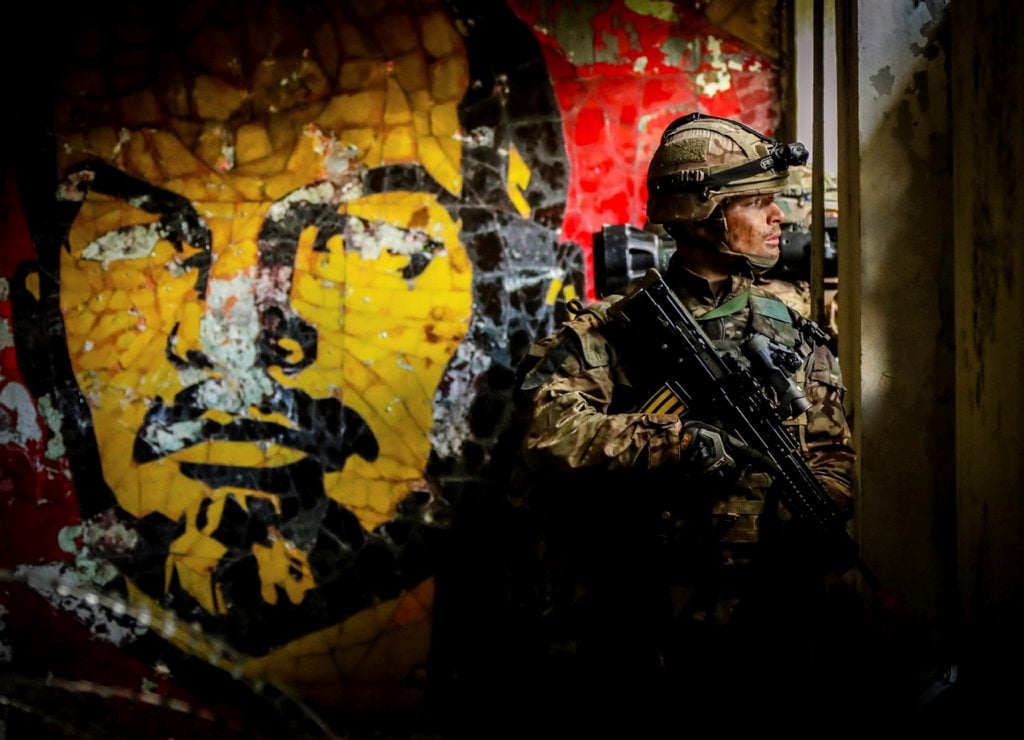 UK Royal Marine in Latvia during an exercise on June 12, 2018. MoD Photo

The LSG is expected to consist of two Littoral Strike Units, each comprising up to three amphibious ships and able to react at “immediate notice,” he told the seminar.

At the “extreme scale” the LSG might also include a Queen Elizabeth-class aircraft carrier with embarked F-35Bs, “but on the other side of the scale it could involve chartered shipping, operating covertly, using maritime special operations forces” to deliver effect.

Brigadier Matt Jackson, the commander of 3 Commando Brigade, outlined a number of major challenges in bringing Littoral Strike to fruition, including disaggregated communications in a denied environment, especially at long range; resupplying troops on the ground, possibly using a Malloy Aeronautics delivery drone (which is already undergoing U.S. trials); the development of ship-to-shore connectors to cross the water gap; the ability of small teams to neutralise targets; and overcoming enemy anti-access/area-denial capabilities, which is a particularly stressing problem for an insertion force facing a 150 nautical mile ride at 60 knots.

In order to develop the required equipment, the Royal Marines intend to strengthen links with the U.S. Marine Corps Warfighting Laboratory and test candidate systems to destruction.