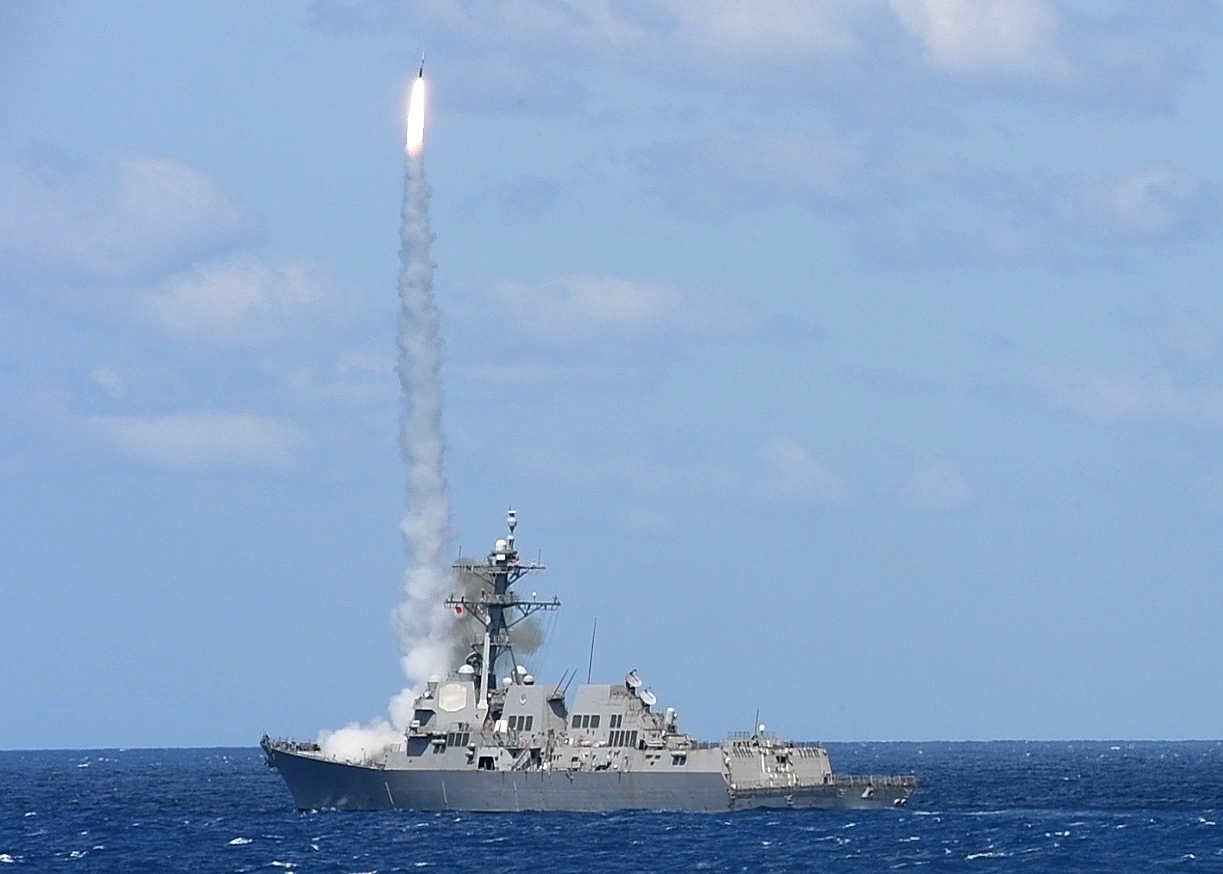 “With the threats we face, we don’t have the ranges with the appropriate depth-of-fire presentation. We don’t have and can’t generate the live OPFOR (opposing force) in the numbers that are necessary with the threat presentation,” Rear Adm. David Welch, commander of Carrier Strike Group 15, told a Surface Navy Association West Coast symposium audience last week. “And, in some cases, frankly, we don’t want to expose our own capability.”

Welch, as CSG-15 commander based in San Diego, is tasked with training and assessing U.S. Pacific Fleet forces, which include carrier strike groups, amphibious ready groups and other deploying ships. His counterpart for the Atlantic Fleet is Carrier Strike Group 4, based in Norfolk, Va. Both commands are helping guide surface forces through more complex and challenging advanced, integrated training as the Navy pushes the fleet to build its warfighting skills and prepare for the high-end fight against peer-like adversaries,

Across the military services, live, virtual and constructive (LVC) environments are playing greater roles in training, and are more the norm for strike groups getting underway for predeployment and certification exercises. Earlier this year, for example, the East Coast-based aircraft carrier USS Abraham Lincoln (CVN-72) and the Lincoln Carrier Strike Group battled through realistic scenarios laced with virtual adversaries and faced off against real and virtual OPFORs including actual and simulated ships.

“We are making progress. It comes slowly,” Welch told the SNA West audience at Naval Base San Diego. “We are learning lessons from Strike Group 4 in their delivery of live, virtual and constructive training.” 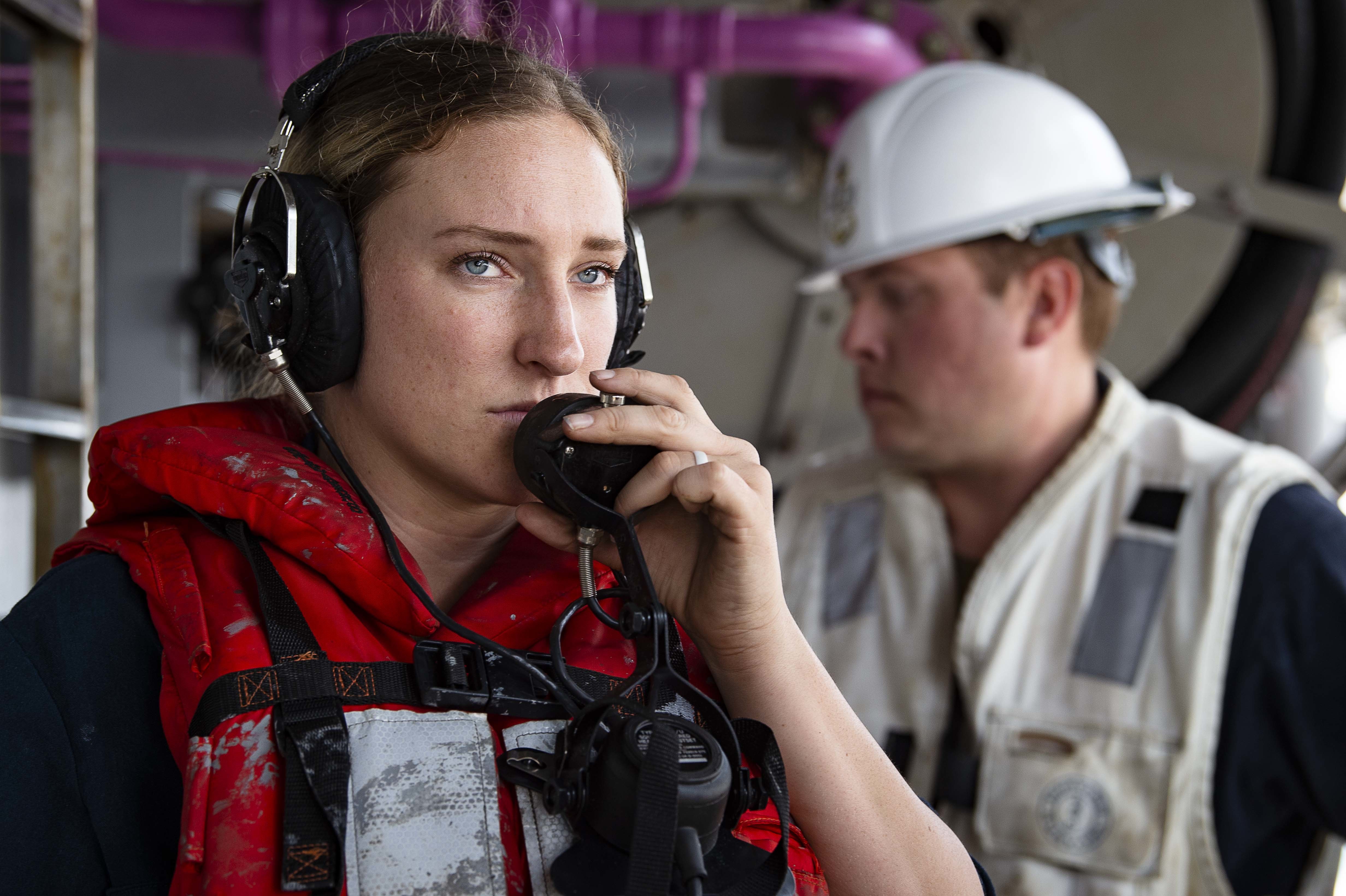 “There’s work to do there to merge those two requirements,” he said. “They have some exquisite T&E ranges.” But range complexes, like those off Point Mugu, Calif., aren’t always accessible or available.

Those ranges will be a key part as the Navy expands its use of LVC training and inclusion of more realism into scenarios. “When we take a strike group to sea, we are at sea conducting live training. We have live opposition forces out there, but they are augmented” with a blended presentation, Welch said, “and from the perspective of the training audience – with their tactical displays – they can’t tell the difference between a live OPFOR and a virtual OPFOR presentation that stimulate their combat systems.”

“We’re doing that with some of our aircraft,” he said. “We are doing it in helicopters and we’re doing some of it in some helicopter trainers with some very realistic presentations. Ships at sea are interacting with helo pilots in the training hub over here at North Island, and the ships at sea don’t know where that helo is. They think it’s out on the range supporting them.”

“The last training mile we’ve got to get to – the last virtual mile – is pushing that simulation into the cockpit of our fighter aircraft,” he added, “and we are on a path to do that.”

“We are now working beyond VX-31. We are working with operational fleet aircraft – Super Hornets – that have the correct operational flight profile configurations,” Welch said, during a panel discussion on advanced warfighting training. USS Theodore Roosevelt (CVN-71) participated in some “test events when TR was out doing group sail.”

“Those fleet pilots came back in debrief, and they literally came back and said, what was that, and how do I get more of that now?” Welch told the audience. “What they were seeing was leap-generation OPFOR being generated coming off the deck.”

“Until they closed to visual range, pilot and cockpit didn’t know that was virtual. That’s what we are headed to. We’ve got a plan to get it,” he added. “It’s a way to export that training…, push it out, so we can create virtual ranges across great distances.”

The addition of virtual OPFORs, and other threats to challenge the fleet during training events will strengthen the value of the warfare training for commanders and ships’ crews, noted Rear Adm. Scott Robertson, commander of Naval Surface and Mine Warfighting Development Center. Those training events include Surface Warfare Advanced Tactical Training, or SWATT, which the Center developed to increase the fleet’s combat capability and lethality. 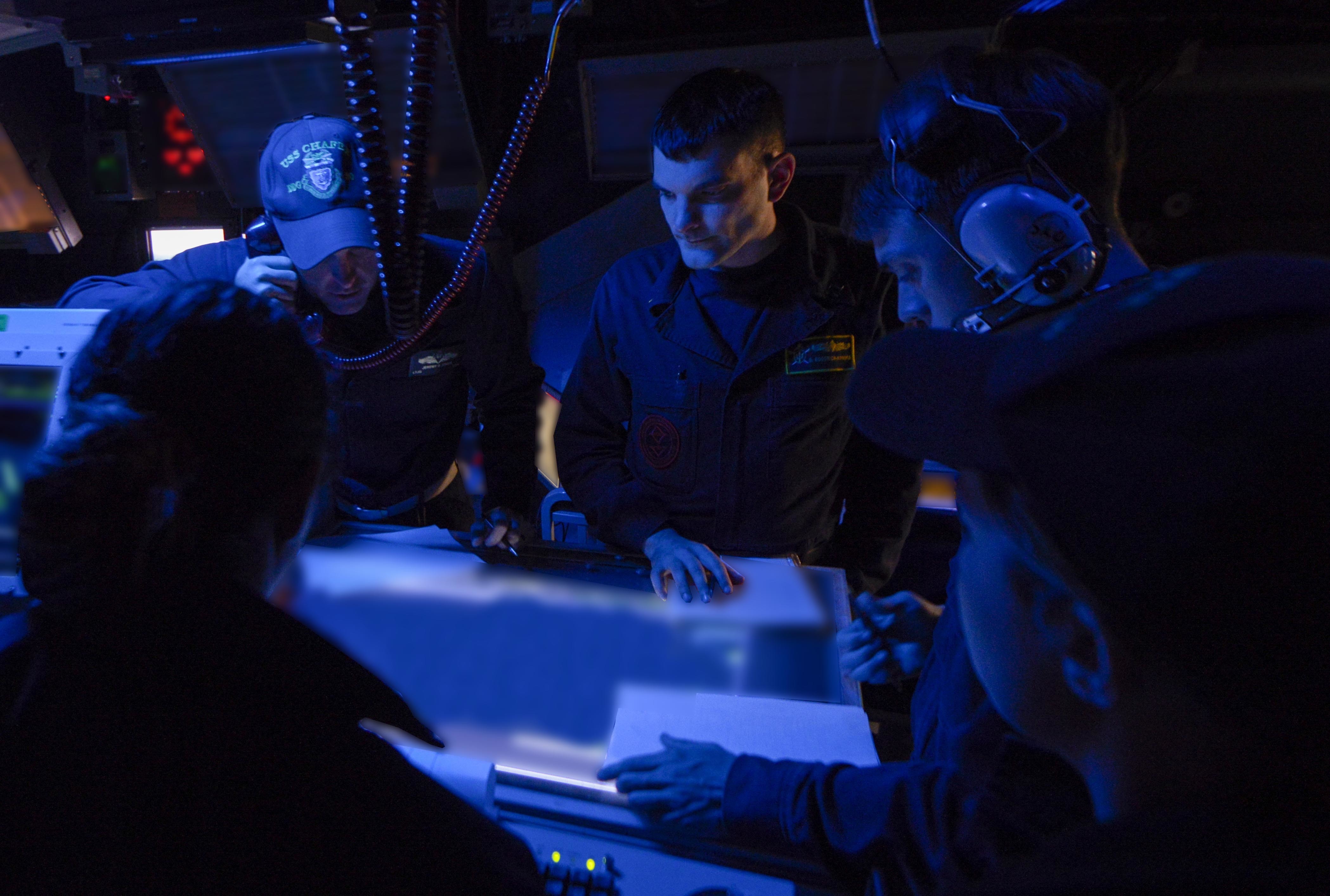 “So that adds a tremendous value there. Incorporating live-virtual-constructive training into SWATTs will produce a more-effective SWATT. Live, virtual and constructive training will help with (Warfare Tactical Instructor) development. It will make a better Wittie. It also will help inform (Tactics, Techniques and Procedures) development. It is critical to our success.”

Still, actual live training at sea or in the air remains critical to warfighting skills. “There will always be a place in my mind for live presentation, to include live targets,” Welch said, noting those events help build confidence among ship commanders and crews. “What we continue to lobby for are threat-representative targets that are more challenging.”

The Navy is serious about giving ships’ crews a chance for real weapons training with Live Fire With a Purpose exercises, he said, adding, “We don’t do duck shots anymore. They are threat-representative targets and… threat-representative profiles. Why? To push ourselves to the forward envelope of what we’re capable of doing, and to instill confidence in our crews and our warfare.”

“Our business is not system validation,” added Robertson, who also attended the T&E Summit. “When it comes to live-fire events, it is all about validating, can the ship employ the TTP against the challenge of targets.”