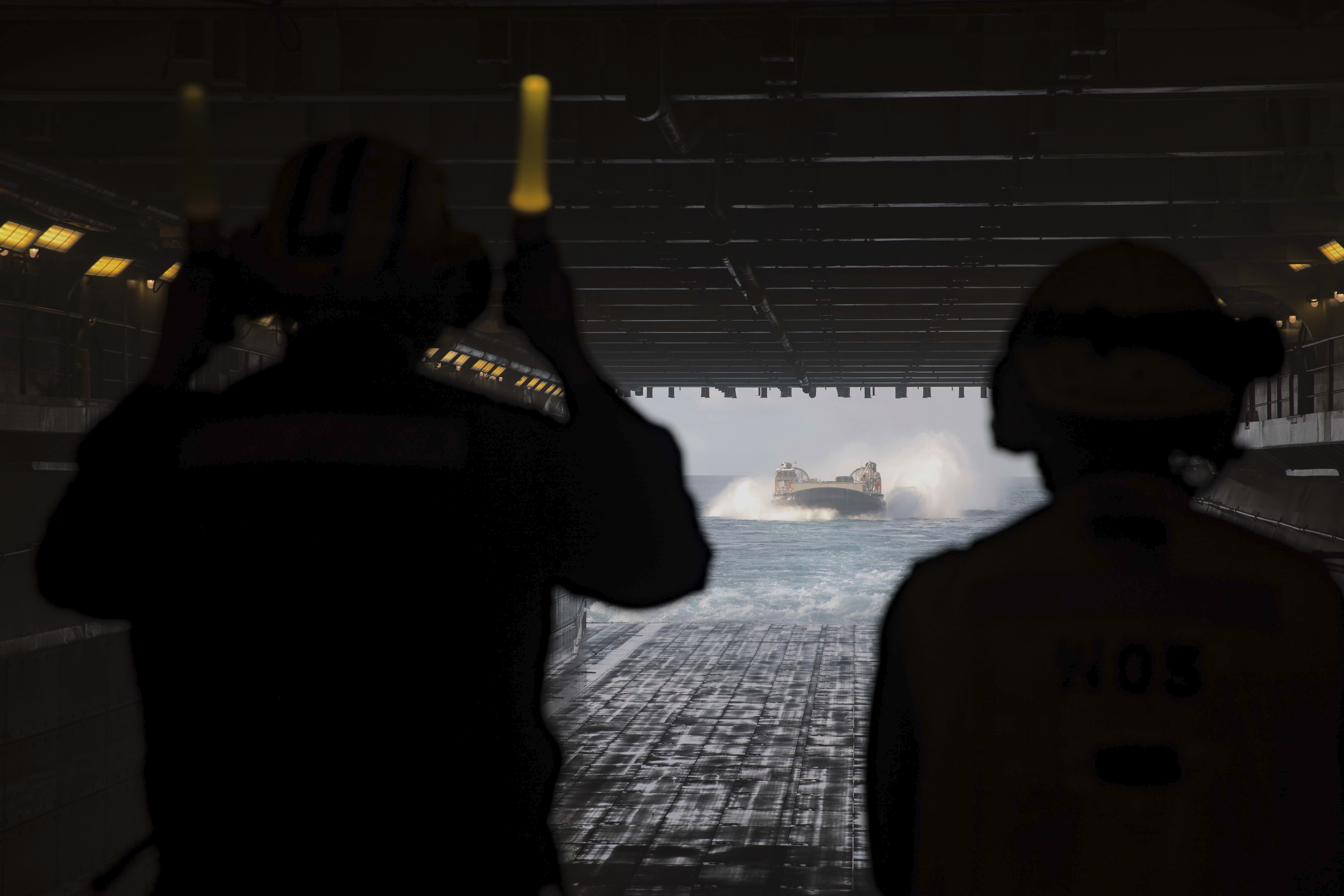 The Navy and Marine Corps are poised to offer disaster relief in the Bahamas if requested, as officials continue to survey destruction left by Hurricane Dorian.

As of Thursday afternoon, the Navy had not received a request to provide personnel or equipment to assist recovery efforts in the Bahamas, Navy officials told USNI News.

Generally, if a foreign government asks for disaster assistance, the request is made through the U.S. Department of State. State then evaluates which federal agencies, including the Department of Defense, can best provide the support requested. If the Pentagon is asked to help, U.S. Northern Command will take the lead in tasking military branches who would determine which units the best to respond.

News reports from the Bahamas describe scenes of total destruction to the Abacos Islands and Grand Bahama island in the northern end of the archipelago. Entire neighborhoods on the Abacos were wiped out by the storm, and the airport was under several feet of water, according to the BBC.

The damage was described as just as severe on Grand Bahama, home to the nation’s second-largest city, Freeport. Bahamian government officials estimated three-fourths of the homes on the island were inundated with water, and the international airport was inoperable because of debris, according to The Washington Post.

Amphibious assault ship USS Bataan (LHD-5) and the 26th Marine Expeditionary Unit were already conducting amphibious ready group (ARG)/MEU exercises in the Atlantic before Hurricane Dorian stormed into the region and could if called on to provide drinking water, medical care, search and rescue assistance and other aid.

Bataan, a Wasp-class amphibious assault ship, has a 600-bed hospital and can purify up to 200,000 gallons of water each day with its onboard distillation plants. The ship’s combination of helicopters, tiltrotor aircraft and surface landing craft can provide a critical transportation capability even when harbors and airports are inoperable because of extensive storm damage. The ship can deliver supplies and personnel to storm-ravaged areas and provide medical evacuations from islands.

Hospital ship USNS Comfort (T-AH-20) arrived at Trinidad and Tobago earlier this week to conduct a five-day medical mission, according to the Navy. Comfort is mid-way through a five-month deployment to Central and South America.

Two years ago, Comfort played a vital role in providing medical care to Puerto Rico after the island’s medical infrastructure was devastated by Hurricane Maria. During October and part of November 2017, Comfort’s crew treated more than 1,899 patients, performed 200 surgeries, provided 76-thousand liters of oxygen and delivered 10 tons of food and water. The crew also delivered two babies before returning to Norfolk shortly before Thanksgiving.