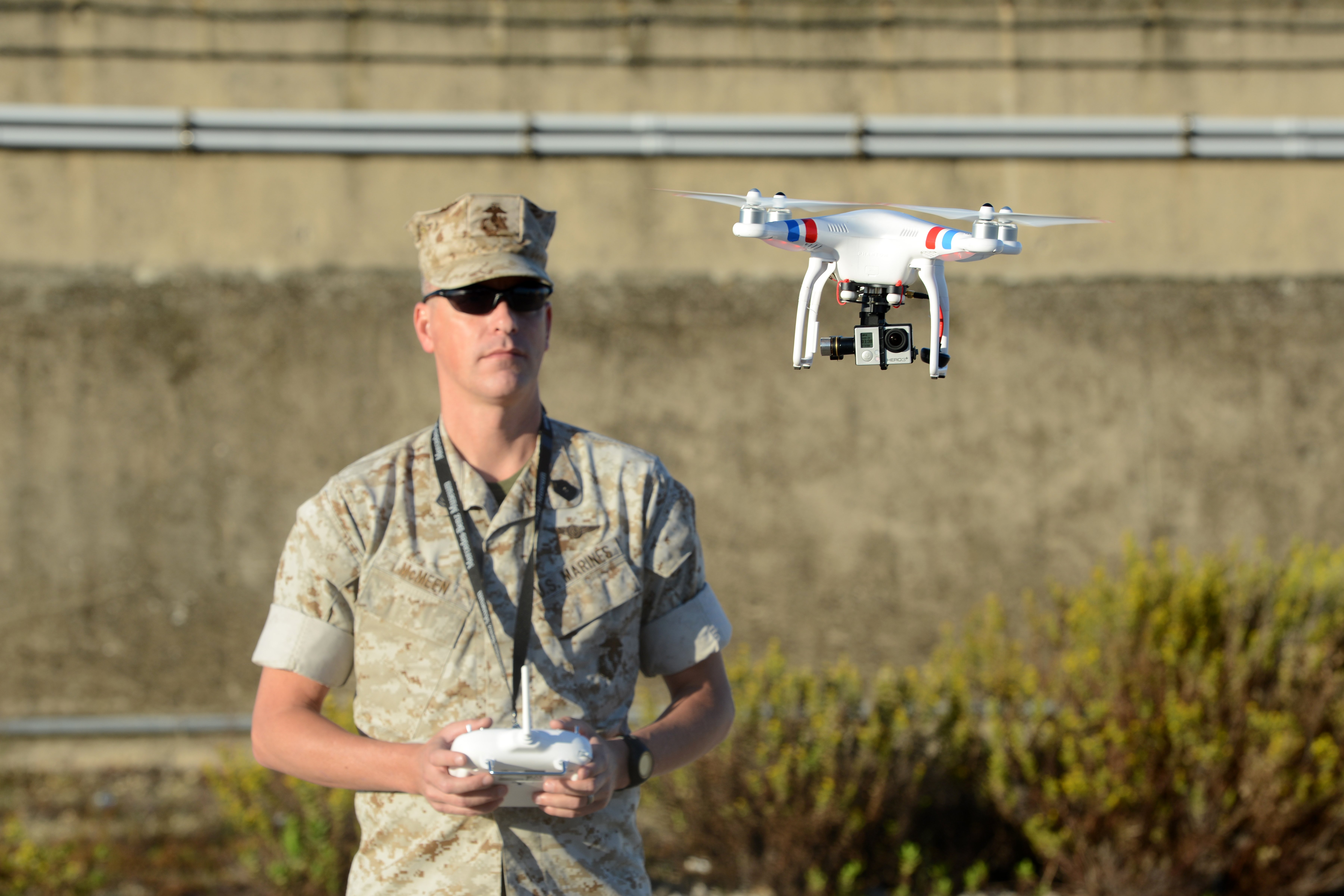 THE PENTAGON – The Defense Department’s effort to connect sources of capital with small companies that need investment will begin with a focus on those that design and manufacture small unmanned aerial systems, the Pentagon’s acquisition chief told reporters today.

The Trusted Capital Marketplace, which USNI News first reported on in April, will begin with a first meeting of investors and tech companies in October, Ellen Lord said today in a briefing at the Pentagon.

That meeting will target the small UAS industry sector due to concerns that China currently dominates the market, she said.

“It’s because of where we are right now in terms of having our entire U.S. marketplace eroded, and also because it’s very intuitive – people can understand what these small quadcopters are,” she said when asked why the Trusted Capital Marketplace would kick off with a focus on small UAS.
“So essentially we don’t have much of a small UAS industrial base because (Chinese company) DJI dumped so many low-priced quadcopters on the market and we then became dependent on them, both from the defense point of view and the commercial point of view. And we know that a lot of the information is sent back to China from those, so it is not something that we could use.”

By bringing investors to meet with companies interested in designing and building small fixed-wing or quadcopter UAS in the United States, the American industrial base could regain that capability and, once Defense Department needs are satisfied, potentially compete American drones against Chinese ones on the commercial market. 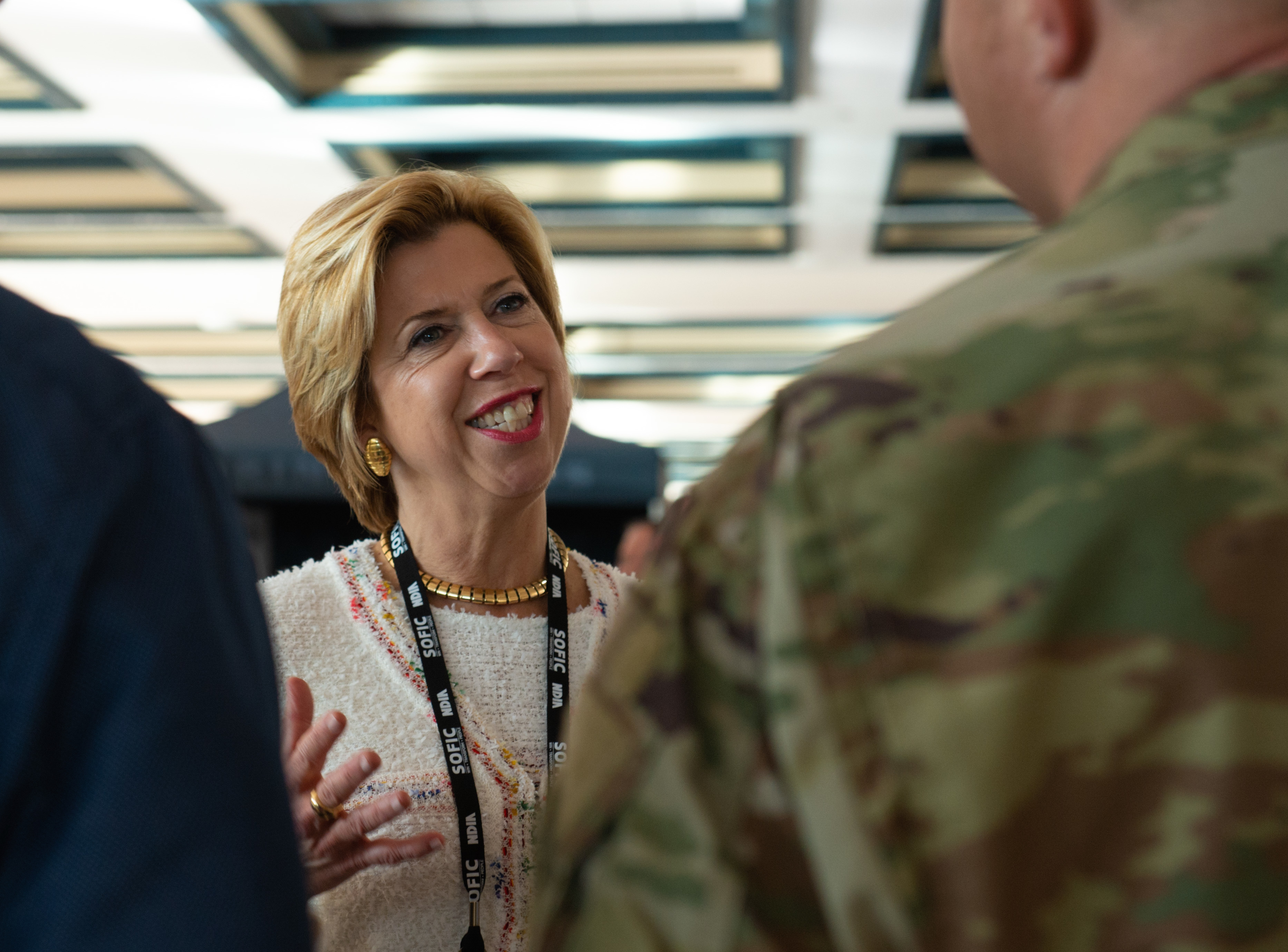 Since announcing the public-private partnership earlier this year, Lord said a team has stood up to begin managing the vetting requirements for the trusted sources of capital – ensuring that money funding sensitive defense capabilities doesn’t come with ties to China, Russia or other potential adversaries – as well as beginning industry outreach and the industry/capital matching process.

Lord previously thought that DoD might be able to set up a matchmaking website of sorts, where citizens or companies interested in spending money to help shore up gaps in defense capability or capacity could be paired with tech companies working on critical defense needs for which there may not be much potential for profit in the commercial world or who otherwise need a cash infusion to continue working in the defense sector.

Instead, Lord said today, an initial model pointed to a “complicated and expensive website” and caused her team to change plans, instead opting for a series of events around the country instead of working through a website.

Lord said her office already has a list of other topics for tech investment focus areas, and after the October event on small UAS she hoped to have another event with a different focus area in January and then again every few months afterwards.

“The idea is, we do not promise business to any of the businesses that would be there [at these events], but these are areas where we definitely have a strong demand signal,” she said.
“What we’re working on right now is, how we as DoD can invest a little bit in many of these companies as well, so they could be branded as having DoD contracts? We think that would be helpful,” she added.

Additionally, Lord said during her media briefing that the Office of the Secretary of Defense was standing up an “Intellectual Property Cadre” to look at both how to manage intellectual property and data rights between the government and industry and also how to protect IP from China and others who may steal that data. That organization should be formally stood up by October.

“They will develop DoD policy within the whole-of-government effort to address concerns on data rights,” she said.
“[Defense Secretary Mark] Esper, [Secretary of State Mike] Pompeo and the president have all spoken about the impact Chinese intellectual property theft is having on our national security, American commerce and our defense industry. Again, we need to go on the offense to protect our technology versus merely acting defensively.”

Despite the urgency of the Chinese theft issue, she said the organization would primarily focus on IP and data rights between the government and the contractors it works with. That continues to be a challenge, as the military services want to own data rights so they can re-compete a program later on, build their own spare parts through additive manufacturing, and so on, while companies want to keep those rights to ensure they make money throughout the life of a program.

“My experience says that typically we have problems with intellectual property when we don’t clearly define what is owned by industry and what will be owned by government at the outset of a program. So a lot of this really has to do with good program planning,” Lord said, adding that the group will leverage work the Army has already done on the topic and seek to establish policy that everyone can live with going forward.

Lord noted that the establishment of an intellectual property cadre was mandated by the 2017 National Defense Authorization Act and that her office has been in close contact with Capitol Hill as the group nears being stood up.