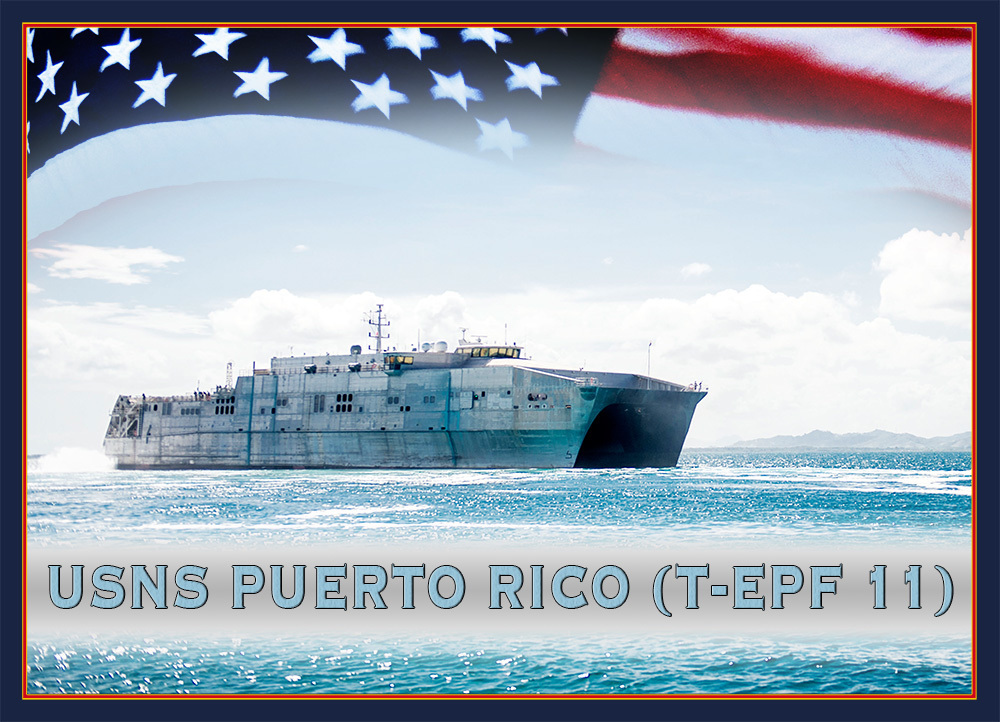 In a move designed to hasten the speed of Spearhead-class expeditionary fast transports (EPFs) joining the fleet, the shipbuilder completed a first-ever integrated builder’s and acceptance trials at sea for the future USNS Puerto Rico (T-EPF-11).

Conducting integrated trials enabled builder Austal USA to demonstrate to the Navy Puerto Rico’s operational capability and mission readiness of all ship systems during a single two-day underway, according to the Navy.

Puerto Rico is one of the last EPFs being built by Austal. The future USNS Newport (T-EPF-12) is under construction at the Austal USA yard in Mobile, Ala. Two more, the future USNS Apalachicola (T-EPF-13) and the yet-unnamed EPF-14, are on contract with the yard. Total orders for the class are worth more than $2 billion, according to the company’s financial statements.

Navy officials have previously stated that their shift to a Distributed Maritime Operations concept relies on having more smaller ships, such as the EPF, which can fulfill several missions.

EPFs such as Puerto Rico will have a crew of 26 civilian mariners. With airline-style seating, an EPF can carry 312 troops for intratheater lift.

“The EPF program continues to be an example of stable and successful serial ship production,” Capt. Scot Searles, the Strategic and Theater Sealift program manager within the Program Executive Office for Ships, said in a statement. “I look forward to seeing EPF-11 deliver in the fall and expand the operational flexibility available to our combatant commanders.”

Though the EPF line as it stands today may be coming to an end, the company has made a pitch for the Navy to consider using the hull as an ambulance ship. The Navy included in its Fiscal Year 2020 unfunded priorities list a request for $49 million to convert the last ship on contract, EPF-14, into an Expeditionary Medical Transport through an engineering change proposal to the contract with Austal.