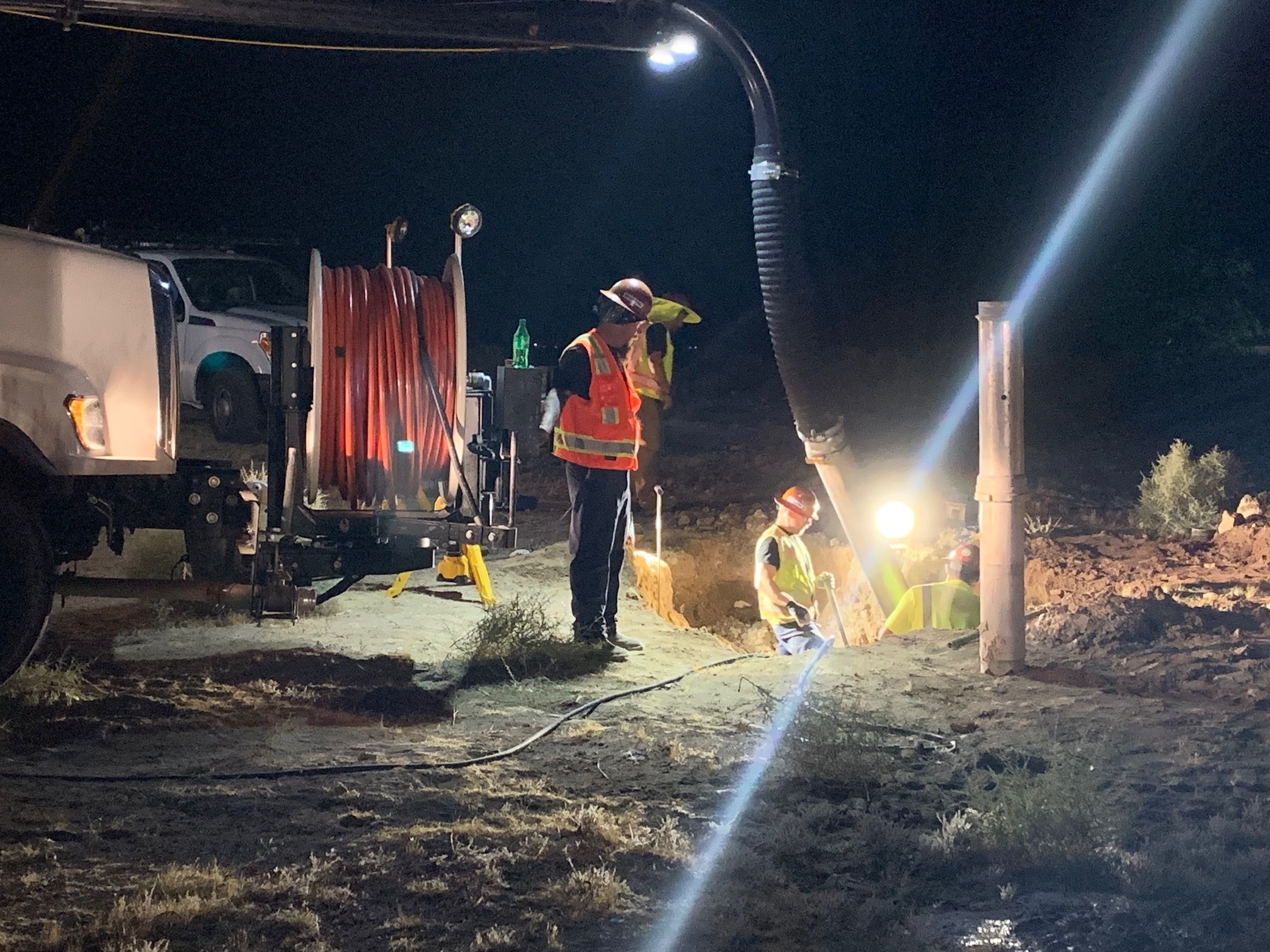 A pair of strong earthquakes that struck the Navy’s key hub for air warfare research, development and testing six weeks ago handed the service a huge bill to replace, rebuild or repair damaged facilities.

The Navy estimates more than $2 billion in repairs are needed to repair facilities damaged by a pair of earthquakes six weeks ago at its vital hub for air warfare research, development and testing.

While the airfield became operational days after the strong quakes, some 1,341 buildings at China Lake – from small to large and including critical labs and important weapons magazines – sustained damages that could cost as much as $2.2 billion to restore all functions of affected facilities as they were on July 3.

That’s according to a preliminary set of estimates compiled by Naval Facilities Engineering Command Southwest earlier this month. The data drew on calculations from damage assessment teams, other evaluations, and “plant replacement value” determinations aimed to gauge the estimated costs to replicate damaged or destroyed buildings or facilities. Those calculations put the overall value of China Lake’s facilities at $5.2 billion.

The list of replacement facilities includes Hangar 3, the airfield’s largest building, and Hangar 2. Construction, including replacement, repair or upgrades, could take two to three years, once funding is secured and eventual design/build plans are completed.

The Navy presented the estimates at a meeting it organized to gauge interest from the regional construction industry to get China Lake’s operations back to its pre-earthquakes’ functionality. 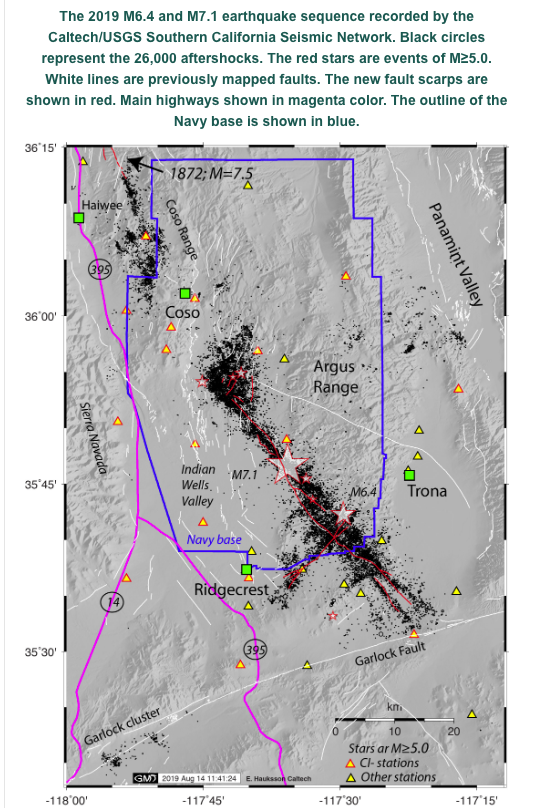 Initial reports noted damage to some well-known landmarks, such as the Base Chapel, which suffered cracks in the walls and damage to the altar, and the commissary and exchange. But a listing of damaged structures include some significant facilities at the heart of the Navy’s research, development, testing and engineering hub, which last year marked its 75th anniversary.

The China Lake weapons station is two interconnected large land parcels – North Range, which includes the “Mainsite” area, Armitage Airfield and key laboratories, and the large open South Range. Its R-2508 range complex including instrumented land ranges and electronic combat range, along with the larger restricted, controlled airspace beyond the installation boundaries and interconnected offshore sea ranges off Point Mugu, Calif., support a variety of naval weapons systems and platforms for the Navy and Marine Corps.

Much of the work and operations supported at China Lake happens below the radar. The Navy hasn’t provided details of the impacts of the earthquakes’ damage on operations for the primary missions of the weapons station.

“One thing we need to do is explain what happens operationally at China Lake,” NAVFAC Southwest and NAWS China Lake officials wrote in a “Questions and Answers” distributed to contractors who attended an earthquake repair and reconstruct industry forum held Aug. 1 in San Diego. “It’s actually the only place you can do what they do there. We need a place away from major population areas so that warfighting capability can be tested.”

“Ranges are not fully capable,” the document stated.

The sparsely-populated region of the Mojave Desert that’s home to China Lake’s ranges, however, is crisscrossed with fault lines and, lately, bustling with seismic activity. Seismologists characterize the twin earthquakes as part of the “Ridgecrest Sequence” that began on July 4 near Searles Valley, and more than 26,000 aftershocks have been recorded as of Aug. 16, according to the Southern California Seismic Network.

The listing of preliminary estimates, however, show the temblors hit at some important facilities key to China Lake’s missions.

The main building of Michelson Laboratory – it’s actually a large complex – covering 500,000 square feet was “damaged,” according to the industry Q&A document. The lab’s Wing 8, described as a three-story building housing the machine shop and covering 205,000 square feet, “had the most damage.”

A listing of facilities identified for repairs, estimated at over $1.5 million each, including Wings 1-7 of Michelson Laboratory, McLean Laboratory – the 178,000 square-foot technology center opened in 2010 – Hangar 1, air traffic control center and the Weapons and Armament Technical Lab. Several damaged facilities, including Thompson Laboratory, the exchange and commissary, would require additional upgrades to get them to current seismic and force-protection codes.

Navy Installations Command “has made a decision not to take money from other projects, but to request new money,” according to the Q&A document. “Because this happened so late in the fiscal year, a lot of that money has already been appropriated and obligated, so it’s hard to take money from those projects.”

The Navy documents note urgent repairs and replacement acquisition phasing to happen in fiscal 2019 – which ends Sept. 30 – and fiscal 2020.

“I want to return combat capability to China Lake as fast as I can,” Capt. Mark Edelson, NAVFAC Southwest’s commander, told the industry forum Aug. 1, according to a Navy News story.

But it’s also unclear yet how soon Congress will act. The Navy isn’t alone in grappling with significant, unforeseen expenses from natural disasters. Enormous bills for recovery and reconstruction are awaiting full congressional support, including hurricane damage of about $3.6 billion that struck Camp Lejeune, N.C., and $3 billion for recovery at Tyndall Air Force Base, Fla., and last spring’s flooding of Offnut Air Force Base, Neb., that will require about $420 million to recoup from the historic damage.