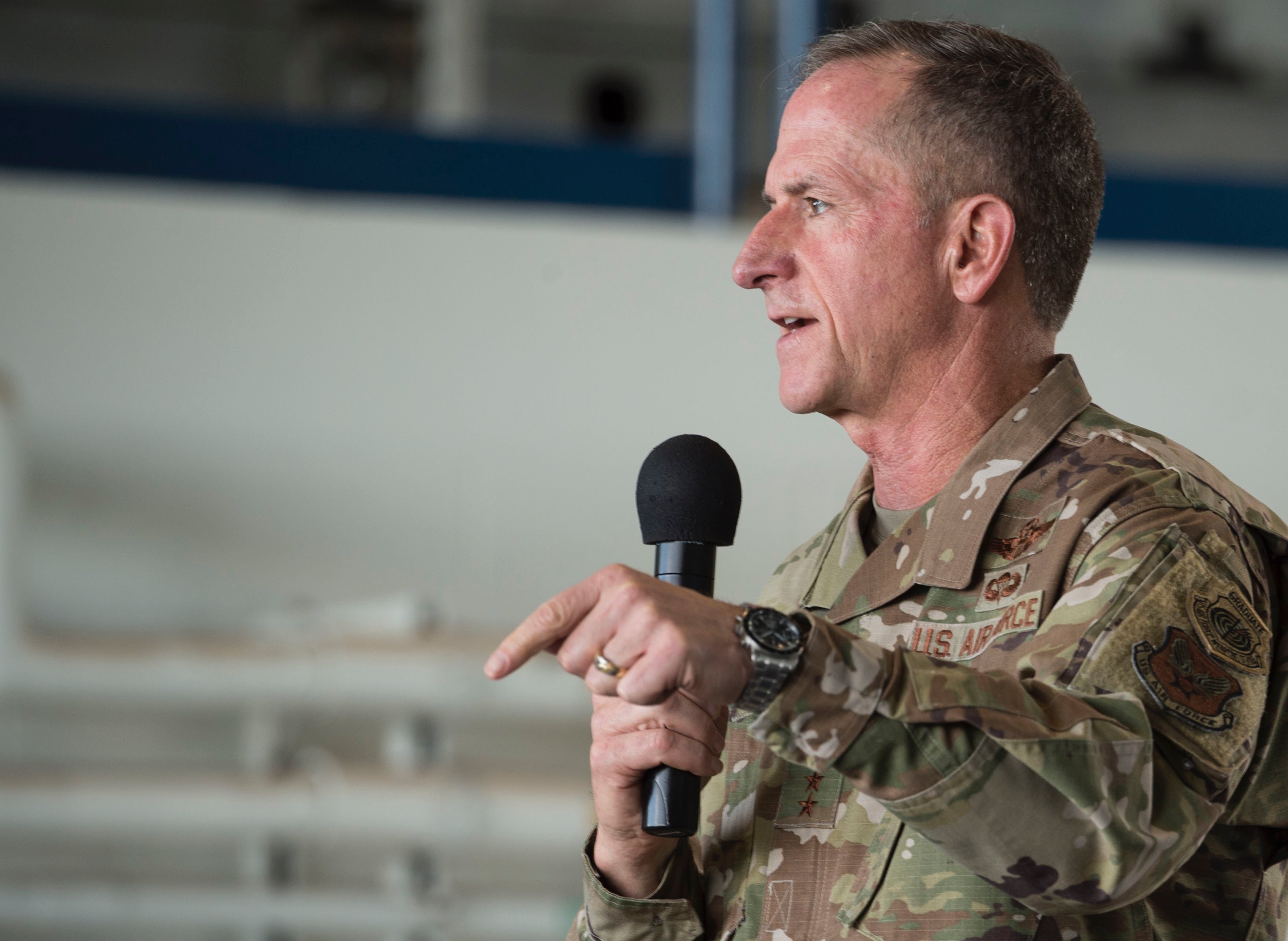 MANILA — The U.S. Air Force and the Navy will continue a combination of air and sea patrols in the Indo-Pacific region in an effort to keep the waters and skies open to overflight and international navigation, the head of the U.S. Air Force said in the Philippines, his first stopover during a visit to the air forces in the region.

The U.S. is working with the support of its allies in the region to ensure a rules-based order is enforced and observed, both at sea and in the air, said Gen. David Goldfein, the chief of staff of the U.S. Air Force. Goldfein is traveling through the Indo-Pacific region with Gen. Charles Brown, the commander of the Pacific Air Forces,

“What we’re most concerned about here is that we all adhere to established rules of behavior that allow us to have common access to the global commons. So, the U.S. Air Force, the U.S. Navy, in partnership with allies, partners in the region, we want to make sure that we keep these avenues open,” Goldfein said during a call with reporters.

“So, we absolutely are doing freedom of navigation operations (FONOPS) both in the air and at sea. They are coordinated and they are focused on ensuring that we all maintain access. Because everybody benefits from being able to have trade routes, to have open areas of navigation,” he added.

The exercise, according to him, covers the contentious South China Sea and its airspace.

“So, you’ll see that we will continue to have a presence here to ensure that the [order] that we have on the seas and in the air continues,” Goldfein said.

During the call, Brown added, “We do pay attention to not only our activity but the activity of our partners. And really, it’s the cooperation, our working together. I find it’s hugely important in having a good understanding of where we’re able to fly and operate to make sure we have access to the global commons.”

While in Manila, Goldfein re-emphasized to Philippine Air Force officials the U.S. commitment to the decades-old Mutual Defense Treaty with the Philippines.

Goldfein also expressed concerns about the repeated unauthorized passage of Chinese warships, including the aircraft carrier Liaoning, into Philippine waters. According to Filipino defense and military officials, such passages occurred at least 14 times since February and this must be checked.

“I think quite frankly, any activity that we see both at sea and in the air, and increasingly now, we’re also having the same conversation in space and in cyber, has got to adhere to some international rules of order that we all live by. So, anybody in the region that violates those, it’s concerning,” Goldfein said. “So part of our engagement here, and our presence here, is to make sure that we keep the global commons open for all. And everybody benefits when we can have freedom of navigation, to include China.”

“I’ll just tell you that there’s no letup in our willingness or our ability to fly or sail where we need to and when we need to, and there will be no letup in the future. That’s our commitment to the region,” Goldfein added.

The U.S. military is also working with its Indo-Pacific allies to provide domain awareness, “both in the air and in this case, in the maritime,” Brown said. The objective is to provide allies with a good read of what’s happening in the entire region.

“So, part of our operations are to deter, or also prove the fact that you should be able to fly, sail, and operate no matter what nation you are, where international law allows,” Brown added.

The U.S. closely follows joint military activities by China and Russia, Brown said. A recent joint patrol in the Sea of Japan, for example, was an attempt to undermine partnerships and military alliances, Brown said.

“The thing we’re paying attention to is the overall activity between, whether it’s the P.R.C. (People’s Republic of China) or Russia. This was a unique event. We’ve seen a few exercises that they’ve come together on, but this particular event you could tell was actually planned out ahead of time, and so we do want to pay attention to the activities that either the PRC, Russia — that they do in concert together,” Brown said. “My concern here is that it tries to drive a wedge between the longstanding partnerships and alliances we have here in the region.”