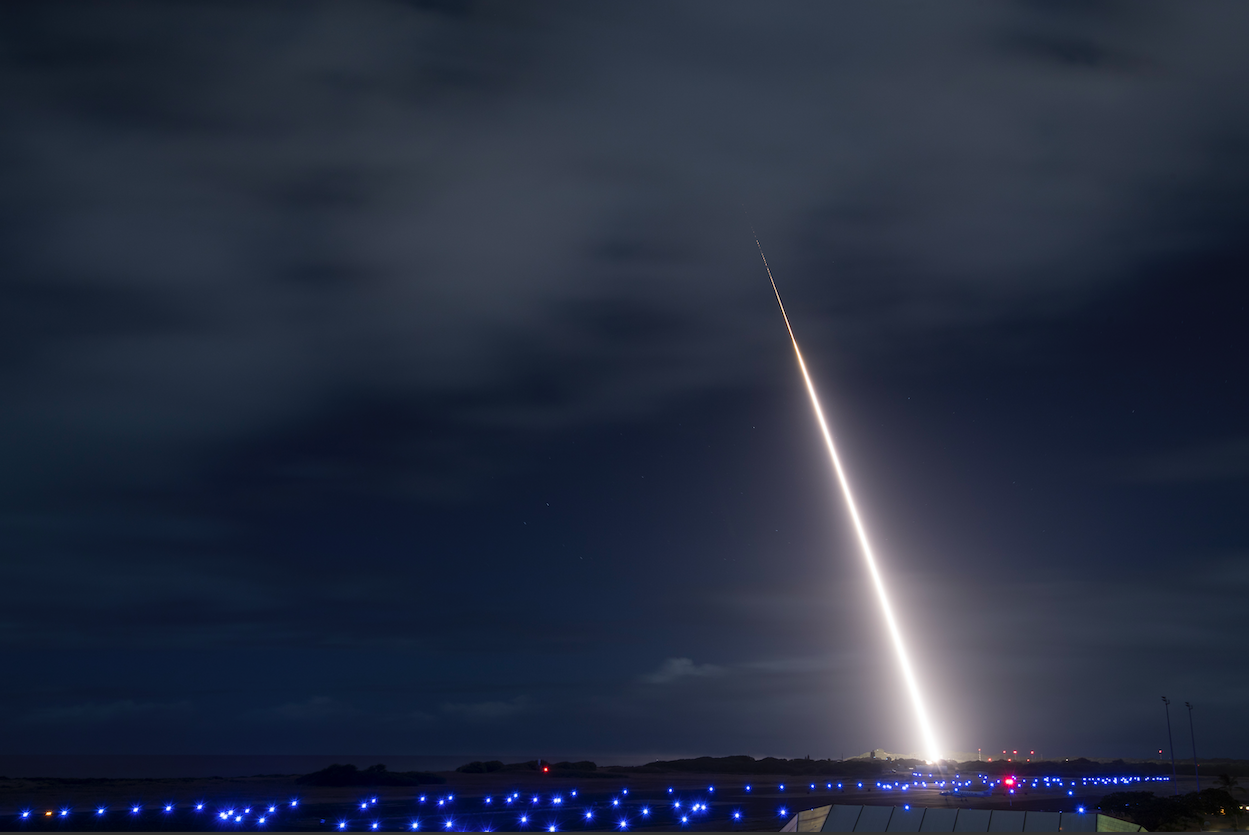 A pair of recent missile tests – by Russia in near Arkhangelsk and by the U.S. off the coast of California – indicate the race among nations to create a wide range of capabilities is speeding up, a missile defense expert told USNI News.

Both tests involved different missile types, ranges, and likely purposes, but they are related in a broad sense that nations are emphasizing developing and acquiring new missile systems, Tom Karako, a senior fellow with the international security program and director of the missile defense project at the Center for Strategic and International Studies, told USNI News.

Russia was testing what most experts believe is a nuclear-powered cruise missile engine, which exploded on Aug. 8 at a testing facility in the Arkhangelsk region, home to a substantial portion of Russia’s Joint Strategic Command North, as previously reported by USNI News.

The Russian test involved a capability that ultimately would fly far, but not fast. In contrast, the U.S. fired what appeared to be Tomahawk Block IV missile with a range of more than 500 kilometers from modified MK-41 launcher. This arrangement is like what is on U.S. Navy guided-missile cruisers and destroyers, only in this case mounted on a mobile launcher. A ground-based version was previously banned by the Intermediate-Range Nuclear Forces Treaty, which the U.S. pulled out of ten days before the test.

It’s important to not just focus on this one test or missile type, Karako told USNI News. Consider both the Russian and U.S. tests as part of a continuum of missile systems developed by many nations. The tests also highlighted some of the emerging missile alliances, Karako said.

Chinese officials did not appear to comment about the Russian test. The U.S. elicited a terse response from China’s Foreign Ministry Spokesperson Geng Shuang during a press briefing Tuesday.

“We noticed relevant reports. Less than three weeks after the U.S. announced its withdrawal from the Intermediate-Range Nuclear Forces Treaty on August 2, the U.S. Department of Defense has conducted short-and medium-range ground-based missile test that was banned by the treaty. This fully shows that the true intention of the U.S. withdrawal is to make the treaty no longer binding on itself so that it can go all out to develop cutting-edge missiles and unilaterally seek military strength.

“This U.S. move will surely trigger a new round of arms race and lead to escalated military confrontation, exerting severe negative influence on international and regional security. We advise the U.S. to discard the outdated cold-war and zero-sum mindset, remain restrained in military development, earnestly uphold the existing arms control system and do more to maintain global strategic balance and stability as well as international and regional peace,” Geng said, according to an English-language transcript of the briefing released by the ministry.

What Geng refers to as an arms race is in many cases already occurring. Nations are exploring the use of a broad spectrum of missile-based delivery systems and air and missile defense systems, Karako said. Japan and Poland are getting the JASM ER. Several countries are interested in the multi-mission capability of the Standard Missile 6. Others, notably oil-producing states, are interested in either the Patriot or Terminal High Altitude Area Defense (THAAD) missile defense systems for missile defense applications.

“This is big business. It’s a multi-national trend that includes the United States, our friends, our allies and our adversaries,” Karako said.

As for the Russians, Moscow has released very little information about the Aug. 8 test, other some sketchy reports. The death toll from the incident increased to five – originally two deaths were reported – and a spike in radiation was said to have returned to normal levels, according to Russian officials.

However, Russia closed off sea access to the region for at least a month and four nuclear monitoring stations in Russia went silent following the explosion. The Russian government did not offer a reason for the monitoring stations to go silent, according to several media reports, including CNN.

The Russians might not be talking about the test, but Karako said if they were working on a nuclear-powered cruise missile engine, it’s not hard to deduce the purpose of such a weapon.

“The marginal utility of a nuclear-powered cruise missile is its range,” Karako said. “It’s not necessarily going to be fast, it might be subsonic for instance, but it would presumably be useful for use to take a very circuitous intercontinental route, to fly around air defense. To fly around a fleet and come in from behind.”