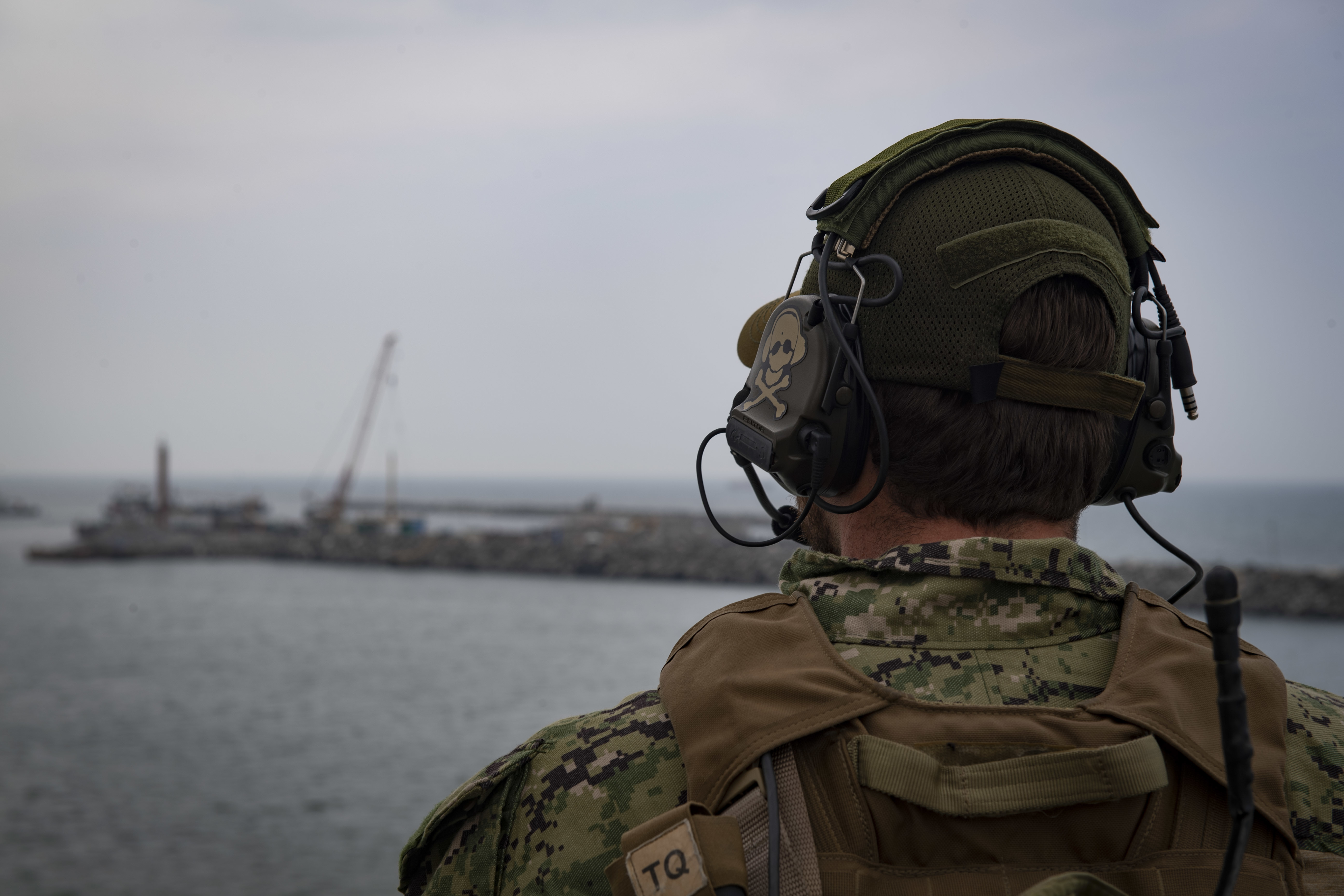 THE PENTAGON — The current African Partnership Station mission in the Gulf of Guinea aboard the USNS Carson City (T-EPF-7) seeks to help partner nations improve their security and prosperity, not to rival the economic encroachment of China in Africa, a leader of that mission said on Wednesday.

“We are keenly aware that the People’s Republic of China is also trying to make inroads in West Africa,” said Capt. Frank Okata, commander Task Force 63 in the U.S. Navy Europe-Africa Command. China’s one-belt, one-road economic expansion drive involves “some significant investments in infrastructure construction that could be used for different purposes than what we are trying to do.

“With Carson City, we are trying to share skill sets, to help these countries so they can surveil their economic zones,” he said.
“We’re not there to build infrastructure, not there to build an enduring presence. We’re there to share ideas, increase interoperability,” Okata said.

Briefing a few reporters in the Pentagon via a telephone call from Naples, Okata said: “This kind of engagement is instrumental in improving maritime security along the African coastline, territorial seas and exclusive economic zones, so that our African partners can be successful and prosperous, securing their waterways and maintaining surveillance.” 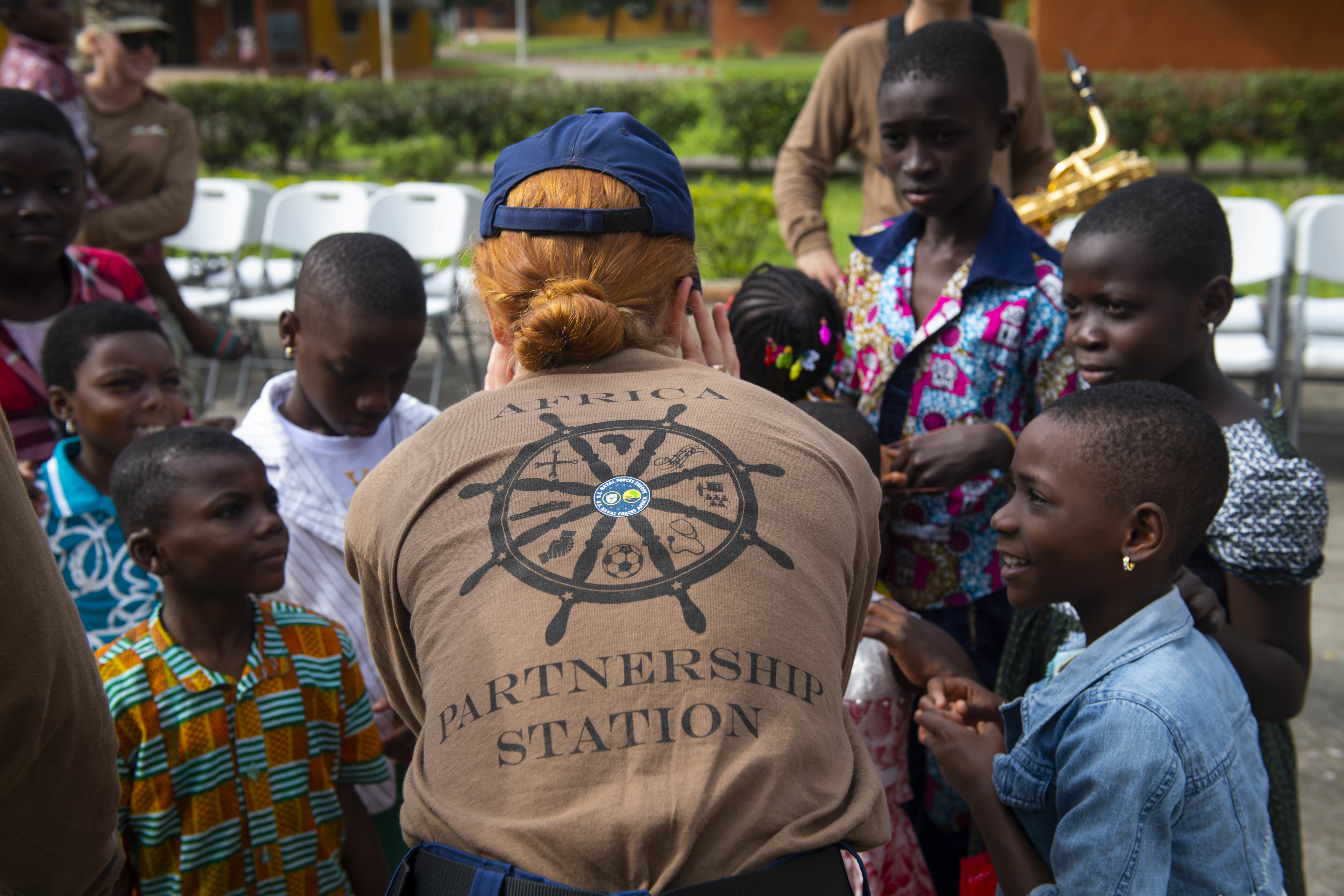 Carson City, an Expeditionary Fast Transport with a civilian master and crew, has been reinforced by a military detachment of U.S. sailors, a U.S. Coast Guard law enforcement team and medical and religious personnel, plus Portuguese, Spanish and Italian sailors, for a visit to half a dozen West Africa nations as part of the yearly African Partnership Station exercises.

Cmdr. Tyrone Bruce, commander of the military detachment on Carson City, said the sailors have repaired five small boats, conducted routine maintenance on other craft and “worked side by side with our partners, sharing best practices, tactics, techniques and procedures.” They also had a medical detachment that provided a wide variety of medical care and training, a number of chaplains who interacted with local religious leaders and an eight-piece band that performed at every stop, Bruce said in a telephone call from the ship.

In conjunction with the Carson City voyage, there have been a series of engagements led by more senior officers, including flag level officers from the European-African command, and a lower-level team including himself and another captain, Okata said. They were there to engage with leaders of those navies and civilian agency leaders who are involved in maritime security, “helping strengthen civilian-military relations and showing that we, the most powerful country, the most powerful Navy, we are accountable to civilian authorities,” he said. 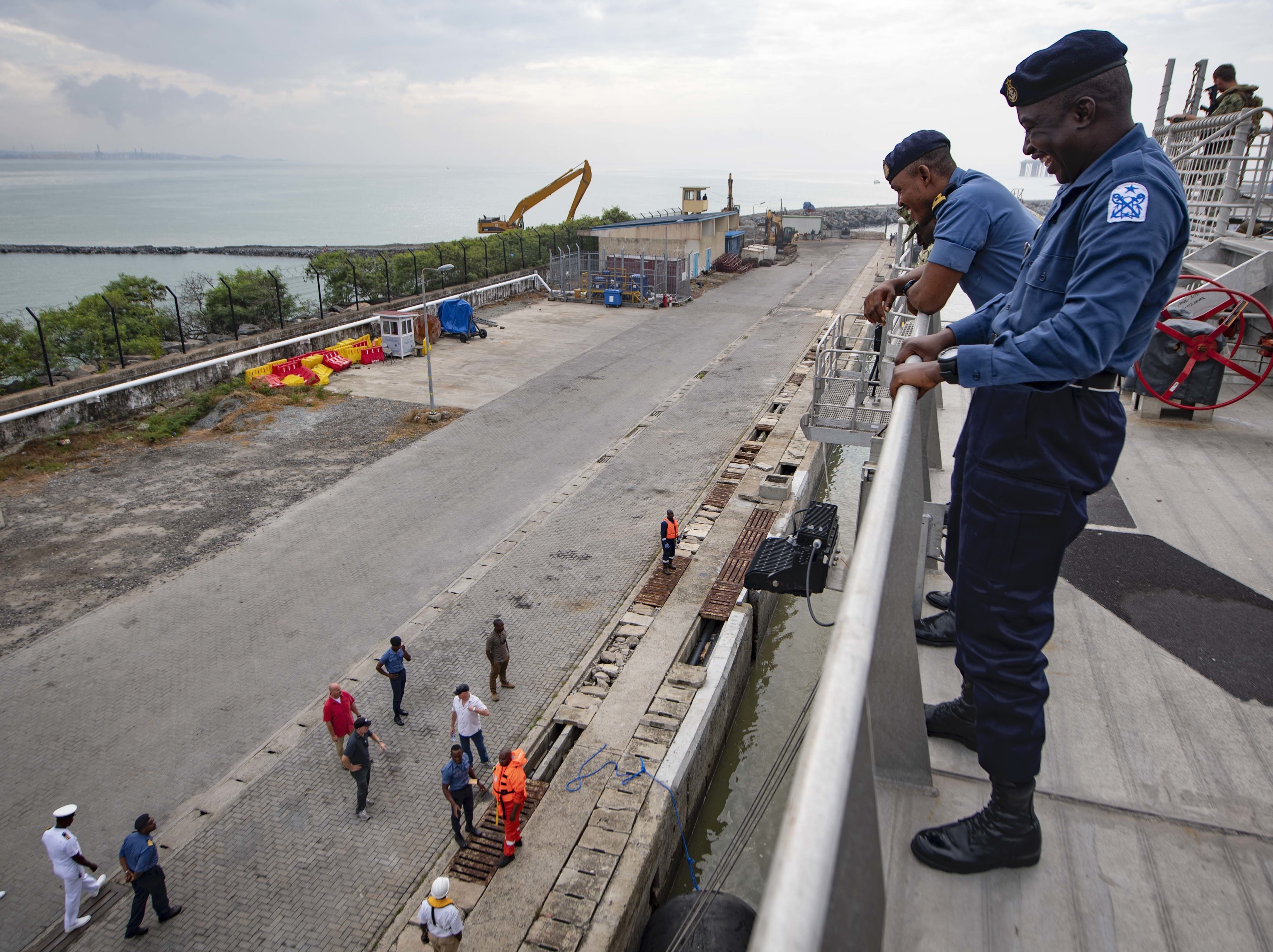 Okata said the U.S. military engagements with these still developing militaries can also be a learning experience for the American personnel by exposing them to the types of military technology they could encounter in counter-insurgency missions.

“We are blessed with the resources we have. But we do understand that a lot of these nations… are still developing those capabilities,” he said. “We do feel it is important that we demonstrate and train at their level.”

“It also helps us too. It helps our [civilian] mariners, our sailors, Coast Guardsmen, and Marines with greater mental agility and flexibility when we deploy to an unanticipated place, because we’ve been exposed, over the length of our careers, been exposed to the very high-end machinery of warfare to the very low end,” Okata said

And, Bruce said, “we’ve learned ourselves.”