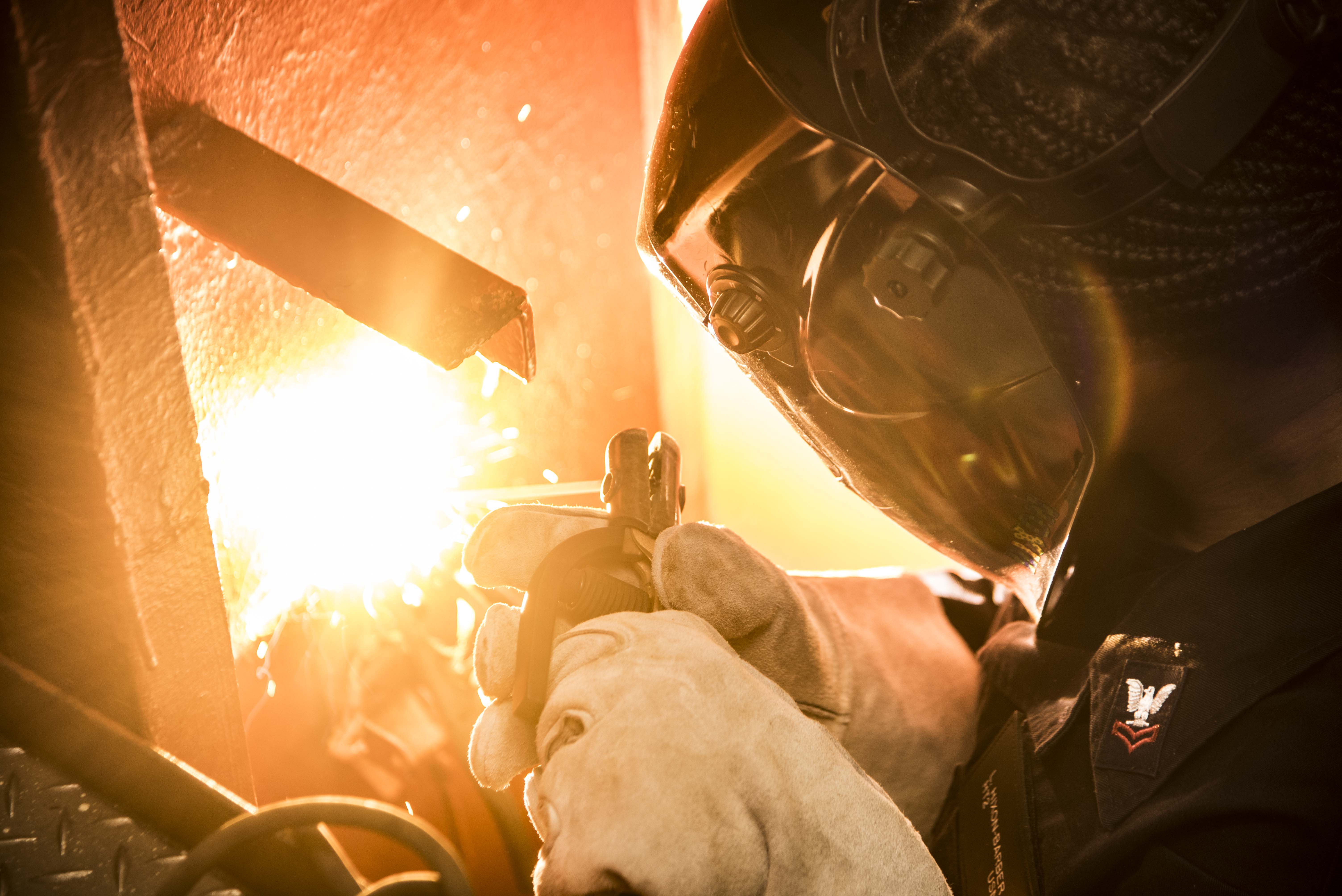 CAPITOL HILL – Vice Adm. Michael Gilday says he’s ready to get smart on ship maintenance and tackle the Navy’s ongoing readiness challenges if confirmed as the next chief of naval operations.

Speaking to the Senate Armed Services Committee today in his confirmation hearing, Gilday vowed to take a hard look at maintenance – from ship crews identifying what needs to be repaired on their ships, to the engineers who craft the plans for maintenance availabilities, to the public and private yards responsible for ensuring the right parts and people are on hand for efficient maintenance periods – and report back to the committee in a matter of months on how to proceed.

Gilday is a surface warfare officer by trade and has commanded destroyers, a destroyer squadron and a carrier strike group. However, as backlogs at the four public shipyards have grown and private yards have struggled to keep up with a growing surface fleet, Gilday has been serving in joint and NATO roles and commanding the Navy’s cyber force. He promised the senators today he would get up to speed on the maintenance situation right away.

“The first thing that I really need to do is get an understanding of that whole lifecycle, from the requirements generation on the ship – and that really comes down to the crew of a ship identifying what needs to be repaired with enough specificity that the right parts are ordered so that the right materials are on hand well before the ship ever hits the yard. And that you also have the right skilled labor on hand, whether welders or shipfitters, to do the work that’s required, and do it on time, at the quality that we need,” he said.
“I think we need to take a look holistically all the way from the ship to the planning process within the Navy to the shipyards themselves, whether they’re public or private.”

Gilday was asked about ship maintenance repeatedly during the hearing. Asked by Sen. Jeanne Shaheen (D-N.H.) about Virginia-class attack submarines being slowed during maintenance periods due to lack of parts, leading to some subs cannibalizing parts from others to complete their availabilities, Gilday acknowledged the issue and said other ship classes, too, are facing a parts shortage.

“I know it’s a focus of the department right now to ensure that we have the right parts and the right requirements identified well before the ships go into the shipyard so that we don’t have delays,” he said.
“I commit to you, ma’am, that I’ll take a deeper look at parts availability for Virginia class as well as our other ships as part of other limiting factors that we need to take a look at to ensure that that the production line continues to flow as it should.”

SASC ranking member Sen. Jack Reed (D-R.I.) said it appeared that the Navy couldn’t even maintain a force of 290 ships, let alone the 355 ships the Navy is aiming to field in the coming years. He asked Gilday if he thought the Navy had the repair capacity to keep up with a larger fleet.

“I think, based on what we see today, one would be inclined to say we don’t. But I don’t think we can say that with a high degree of accuracy yet,” Gilday replied.
“We know that there are inefficiencies we need to turn around. The Navy’s gone out to private yards that we’ve never done business with before, yards that have drydocks, to see if they’re willing to get certified so that we can find that excess capacity that exists in the country and to tap into it. So I’m not ready yet, sir, to give you an affirmative answer, but I agree it’s something that we absolutely have to look at if we’re going to pay to put all these ships in the water.”

The Navy is trying to deal with the inefficiencies at the public yards through a 20-year modernization and optimization plan that would replace aging drydocks, improve the layout of the yards and introduce new technologies to help workers repair ships faster. Shaheen mentioned the plan during her questioning, and Gilday assured he that he supports the plan and would resource it appropriately.

Despite Gilday’s acknowledgement of the importance of ship maintenance and readiness, senators still expressed quite a bit of concern that the Navy would continue to struggle with the backlog of work it faces today, in part due to years of insufficient funding and in part due to the character of the fleet, which is both increasing in size and age.

Sen. Mike Rounds (R-S.D.) said that attack submarine USS Boise (SSN-764) was the perfect example of what not to do, noting that it will have been out of fleet operations for six years by the time the Navy can finally conduct its maintenance availability. Rounds noted that fighter jet readiness stood at just 40 percent only recently, though those numbers have been on the rise over the past year. And the new F-35C Joint Strike Fighter is already seeing a shortage of spare parts.

“This is systemic. It’s not just the Navy, but it is systemic within the Department of Defense,” Rounds said, adding that neither the acquisition nor the maintenance systems were working as they should to produce fleet readiness.
“There’s got to be a better way to do it. … I think it’s going to take some major overhauls within the way we treat the equipment we’ve got.”