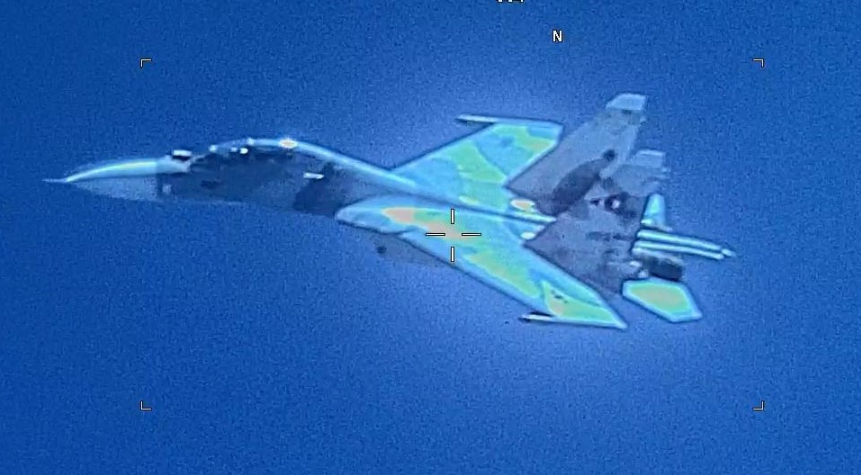 Image of a Venezuela SU-30 Flanker as SOUTHCOM ‘aggressively shadowed’ a U.S. EP-3E Aries II at an unsafe distance in international airspace over the Caribbean Sea. SOUTHCOM Photo

U.S. Southern Command announced that a Venezuelan fighter harassed a U.S. Navy surveillance plane in the Caribbean Sea on Friday over international waters.

In a pair of tweets, SOUTHCOM wrote that a “Venezuela SU-30 Flanker ‘aggressively shadowed’ a U.S. EP-3E aircraft at an unsafe distance July 19, jeopardizing the crew & aircraft.”

The Russian-made Flanker took off from an airfield 200 miles east of Caracas, according to caption information on photos SOUTHCOM released.

“The U.S. routinely conducts multi-nationally recognized and approved detection and monitoring missions in the region to ensure the safety and security of our citizens and those of our partners,” the caption continues.

The U.S. has a range of forces in the SOUTHCOM area of operations, including USNS Comfort (T-AH-20), which is heading to Costa Rica now after operating off Peru earlier this month to treat patients and maneuver at sea with Peruvian warships. Marines with the Special Purpose Marine Air-Ground Task Force (SP-MAGTF) SOUTHCOM are operating in Honduras on training and engineering projects.