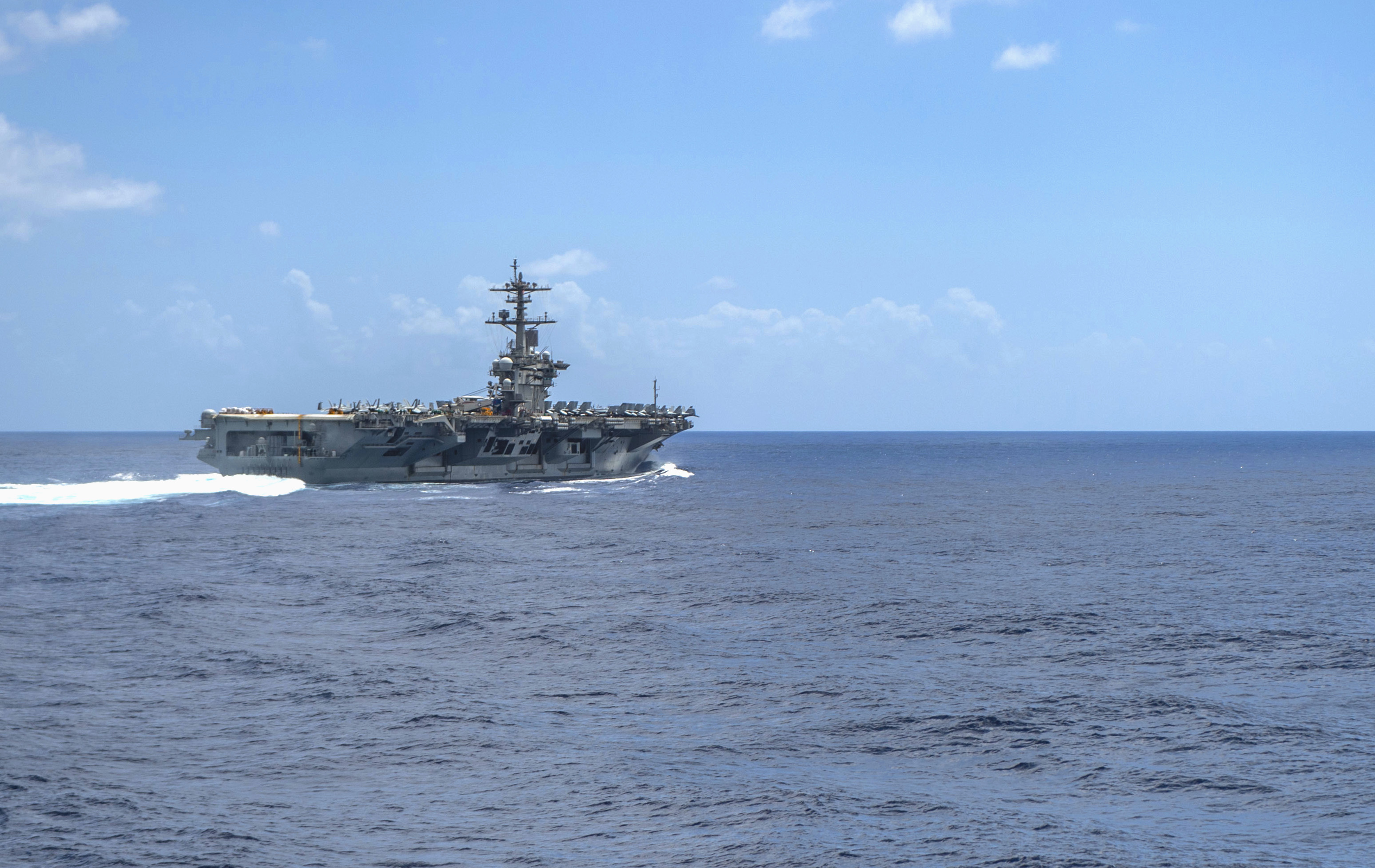 USS Abraham Lincoln (CVN-72) steams with the Arleigh Burke-class guided-missile destroyer USS Bainbridge (DDG-96) after a replenishment-at-sea on May 8, 2019. US Navy Photo

U.S. and international warships are searching for a sailor missing from the Lincoln Carrier Strike Group in the Arabian Sea, U.S. 5th Fleet announced on Thursday.

The sailor was reported missing after a Wednesday man overboard incident on USS Abraham Lincoln (CVN-72) while the carrier was operating in the region.

The Navy is withholding the identity of the sailor.

The Lincoln CSG deployed from Naval Station Norfolk, Va., on April 1 following the completion of its mid-life refueling at Newport News Shipbuilding. The carrier has been operating in U.S. Central Command since May following inflamed tensions between the U.S. and Iran.

The Sailor has been listed as Duty Status Whereabouts Unknown (DUSTWUN) after a reported man overboard incident onboard Abraham Lincoln while operating in the Arabian Sea, July 17.

The Sailor’s name is being held in accordance with U.S. Navy policy.