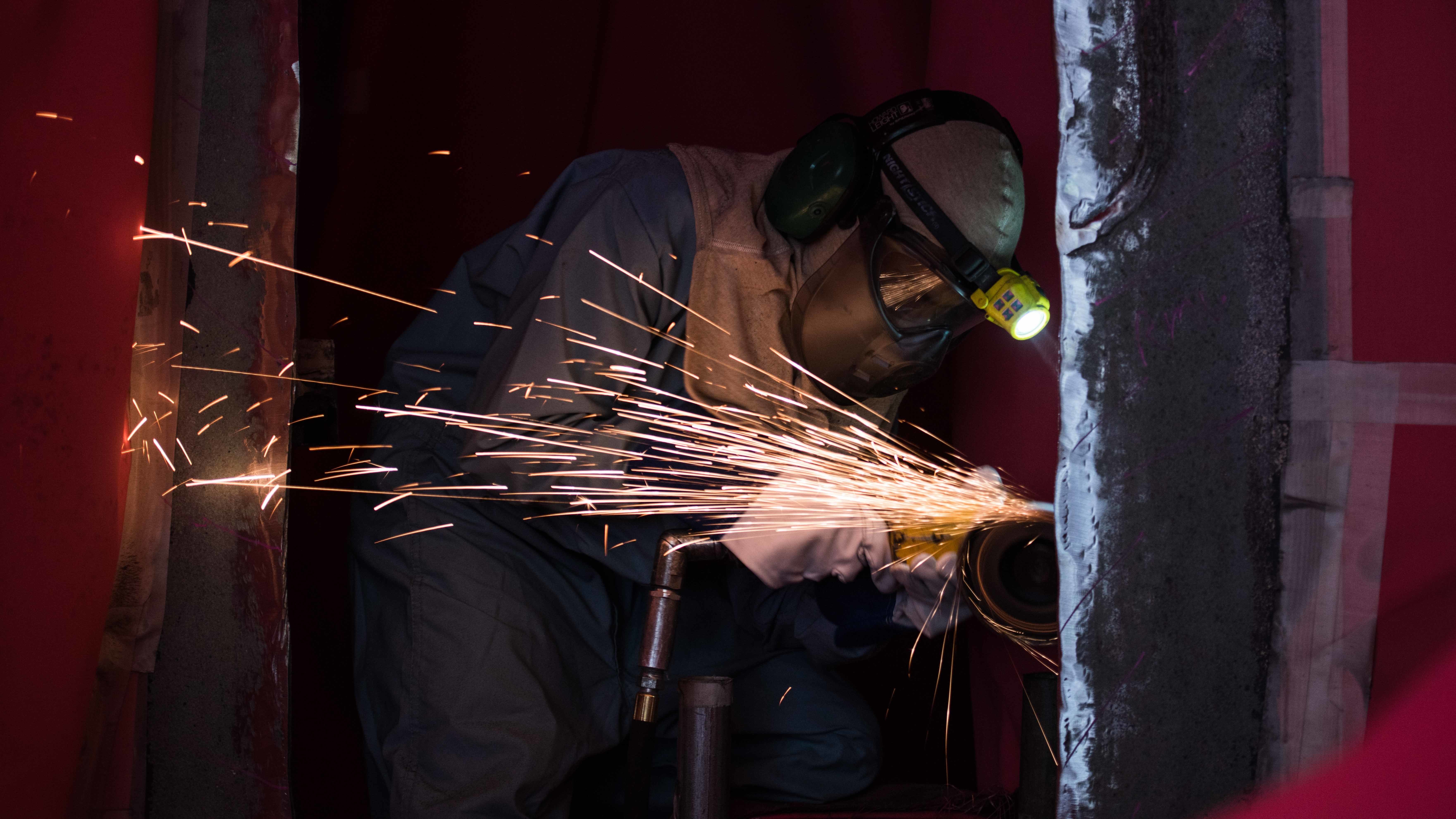 WASHINGTON, D.C. – The shipbuilding and repair industry is facing increasing challenges from an aging workforce, lack of stability in the contract workload and a problem convincing young Americans that shipyard work is essential and well-paying, industry officials said.

The search for new shipyard workers must overcome the constant pressure for high school graduates to go to college, as well as the lack of experience in today’s youth in the kinds of skills the industry needs, a panel of shipyard officials and engineers told the American Society of Naval Engineers’ annual Technology, Systems & Ship symposium on Thursday.

Todd Hooks, general manager of BAE Systems Ship Repair yard in Jacksonville, Fla., said the average age of his workers is 55 and that his skilled managers are retiring. Workflow fluctuations at the yard only aggravate his hiring and retention. In recent years, Hooks had 2,200 workers coming through the gates, then months later was down to 1,500 workers, and then staffing needs would go back up as demand from the Navy fluctuated.

“We can’t have that. … We need a stable workforce,” Hooks said. The challenge of getting and keeping trained workers will only get harder as future ships and their combat systems grow more advanced and therefore need different skills to maintain and modernize them, he added.

The policy of many high schools not welcoming industry recruiters hampers their ability to attract new workers, he said. High schools, he added, are more interested in getting every student into college, although less than one-third attend, Hooks said. The industry has the problem of getting the message out that the shipyards provide good-paying jobs. Then, when they get new workers, the industry has trouble keeping them because many do not come back after they are laid off during a drop in workload, he said.

William Crow, president of the Virginia Ship Repair Association, said the Norfolk-based institute is attacking the need for skilled workers with the support of its 286 member companies and financial support from the state of Virginia and the federal government. Illustrating the importance of the industry, Crow said there were 43,000 employees in the Norfolk shipyards, contributing $6.4 billion to the state’s economy and earning an average of $81,531 a year.

“The problem is lack of stability of the workload,” he said.

Extreme workload cycles at the yards don’t help with recruiting and retaining, said Crow, a retired surface warfare officer. He didn’t want “to throw rocks at the Navy,” but he noted the swings in Navy funding for repair and upgrades run counter to the Navy’s goal of expanding the fleet. Crow said he learned early in his career the Navy can’t build its way into a 355-ship fleet but must maintain the ships it has.

The association offers “a very wide range of training” in the classroom and online. In 2017, it trained 1,075 workers. With a grant from Newport News Shipbuilding, the area’s biggest employer, the association recently added a Marine Trade Training Program that is providing low-level skills that allow students to get entry-level jobs in the yards, he said.

Retired Vice Adm. David Architzel, chairman of the Maritime Industrial Base Ecosystem Institute, said his group formed to take a more in-depth look at the problem of getting workers into the shipyards and is evaluating the kind of workers needed in the future.

The industry needs more support nationally, similar to what is offered by Virginia and the Norfolk area, the panel members agreed. They want to see increased efforts to spread the message that ship repair is an essential and well-paying career.