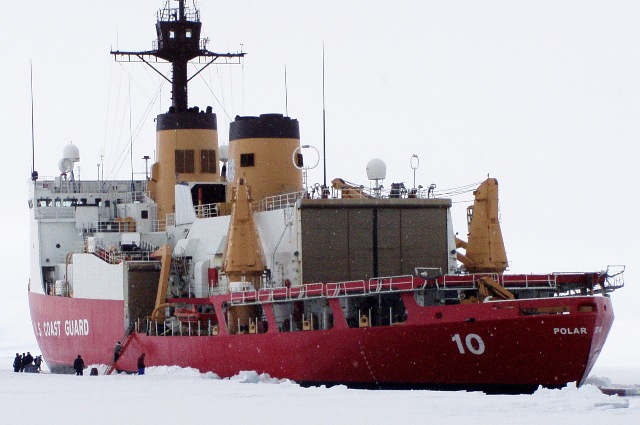 The U.S. Coast Guard’s polar icebreaking fleet will remain based in Seattle after delivery of its new class of heavy icebreakers.

“I am pleased to announce that Seattle, Washington will be the home of the Coast Guard’s new Polar Security Cutters,” Adm. Karl L. Schultz, commandant of the U.S. Coast Guard, said in a statement. “The Pacific Northwest has been the home of our icebreaking fleet since 1976, and I am confident that the Seattle area will continue to provide the support we need to carry out our critical operations in the polar regions.”

In April, VT Halter Marine was awarded a $745 million detailed design and construction contract by the Coast Guard to build the new first-in-class Polar Security Cutter. The icebreaker will be constructed at the company’s Pascagoula, Miss., shipyard.

The contract with Halter Marine also includes options to build two more Polar Security Cutters. If both options are exercised, the contract value increases to $1.9 billion for the three icebreakers, according to the Coast Guard.

Each winter, the Coast Guard sends icebreakers to the bottom of the world to lead supply ships into McMurdo Sound, Antarctica, to resupply the National Science Foundation’s research center. Each summer, the Coast Guard sends icebreakers to perform similar missions to assist shipping off the Alaskan coast. The Coast Guard also maintains a U.S. presence in the Arctic, defending national interests in the region which is increasingly becoming a focus for Russia and China.

After considering several homeport options, the Coast Guard determined Seattle remained the best port to support its Polar Security Cutter missions in the high latitudes, according to a Coast Guard statement.