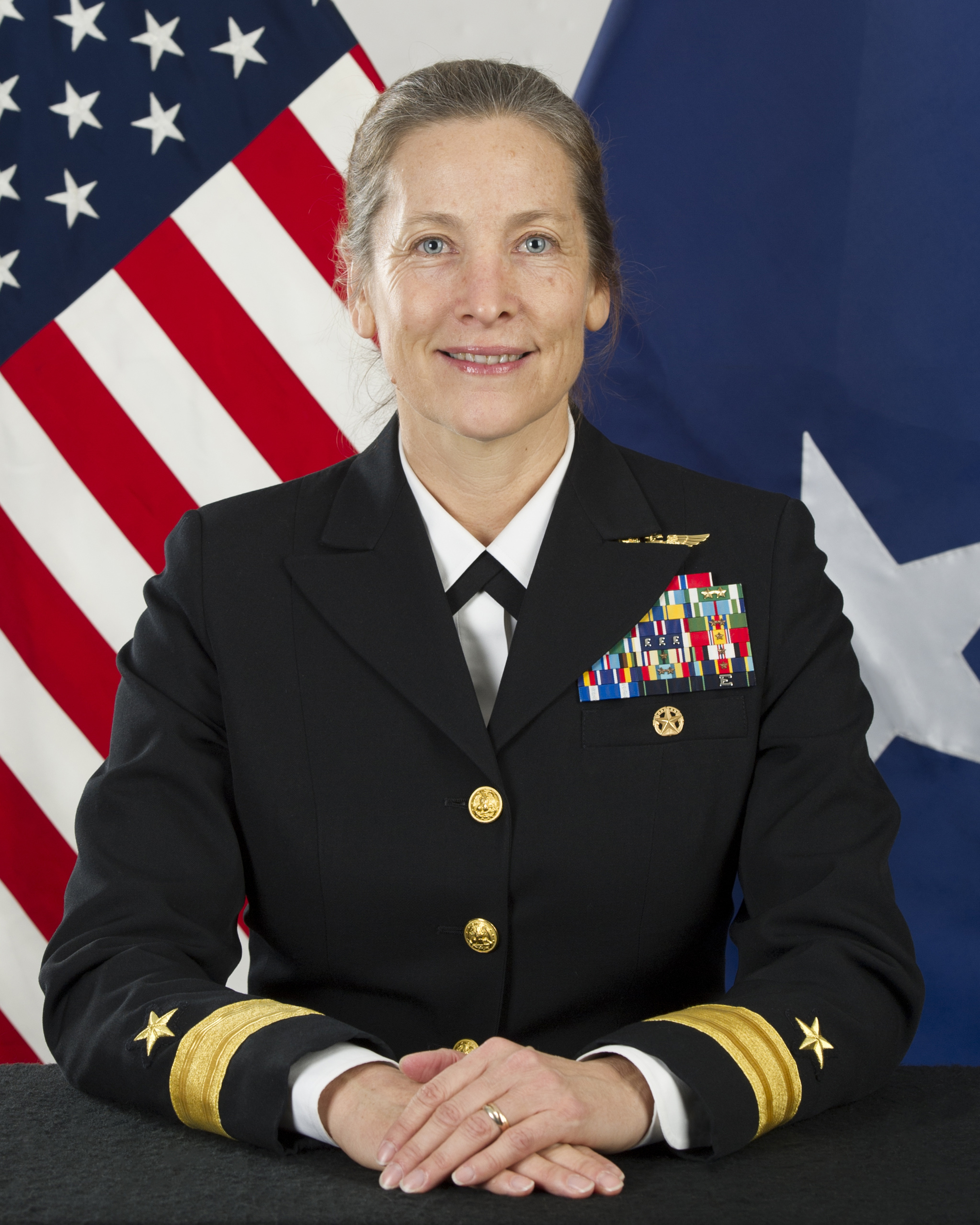 Rear Adm. Shoshana Chatfield was selected to become the new president of the Naval War College, the first woman to lead the 135-year-old institution.

Secretary of the Navy Richard V. Spencer announced Chatfield’s selection Friday, just as the Navy is undertaking a massive restructuring of how its academic institutions are organized. Chatfield, a helicopter pilot, is currently the commander of Joint Region Marianas and the commander of U.S. Naval Forces Marianas.

The Navy’s Education for Seapower (E4S) report, released in February, included a lengthy list of recommendations for the secretary of the Navy to consider, including the creation of an accredited Naval University System. The Naval War College president is expected to play an integral role in establishing this system, according to the report.

“Rear Adm. Chatfield is a historic choice for the Naval War College. She is the embodiment of the type of warrior-scholar we need now to lead this storied institution as it educates our next generation of leaders,” Spencer said in a statement. “As our Education for Seapower (E4S) Study noted, our capacity for critical thinking in an age of increasing complexity will be our most important strategic advantage. Adm. Chatfield will play a pivotal role in leading the War College as it integrates into the new Naval University system we are now establishing to foster a culture of continuous learning in the naval services.”

Chatfield’s selection comes less than a week after her predecessor, Rear Adm. Jeffery Harley , was removed from the position following reports the Navy’s Inspector General was investigating allegations of financial mismanagement and unprofessional behavior. The IG investigation stemmed from an April 2018 complaint filed by Naval War College staff and first revealed in a June 7 report by The Associated Press.

Harley was removed from his position at the Naval War College on Monday and was reassigned to the Director of Navy Staff at the Pentagon, according to a statement released by the Navy. Chief of Naval Operations, Adm. John Richardson downplayed the notion Harley’s departure was related to news reports of the IG investigation, telling the AP the timing was coincidental.

“Their investigation is not complete,” Richardson told the AP on Wednesday. “But there was just enough actionable information at that point that I made the decision that I did.”

Chatfield joined the Navy after graduating from Boston University in 1987, with a Bachelor of Arts in International Relations and French Language and Literature. She received her commission through the Naval Reserve Officer Training Corps in 1988 and earned her wings of gold in 1989. As a helicopter pilot, Chatfield flew the SH-3 Sea King, CH-46D Sea Knight and MH-60S Seahawk. Chatfield, a bronze star recipient, deployed in helicopter detachments to the Western Pacific and Arabian Gulf supporting Carrier Strike Group and Amphibious Ready Group Operations, according to her official Navy biography.

Chatfield was awarded the Navy’s Political/Military Scholarship and attended the Kennedy School of Government, earning a Master’s degree in Public Administration from Harvard University in 1997. Chatfield was as assistant professor of political science at the United States Air Force Academy from 2001 to 2004. She earned a doctorate in Education from the University of San Diego in 2009, according to her bio.