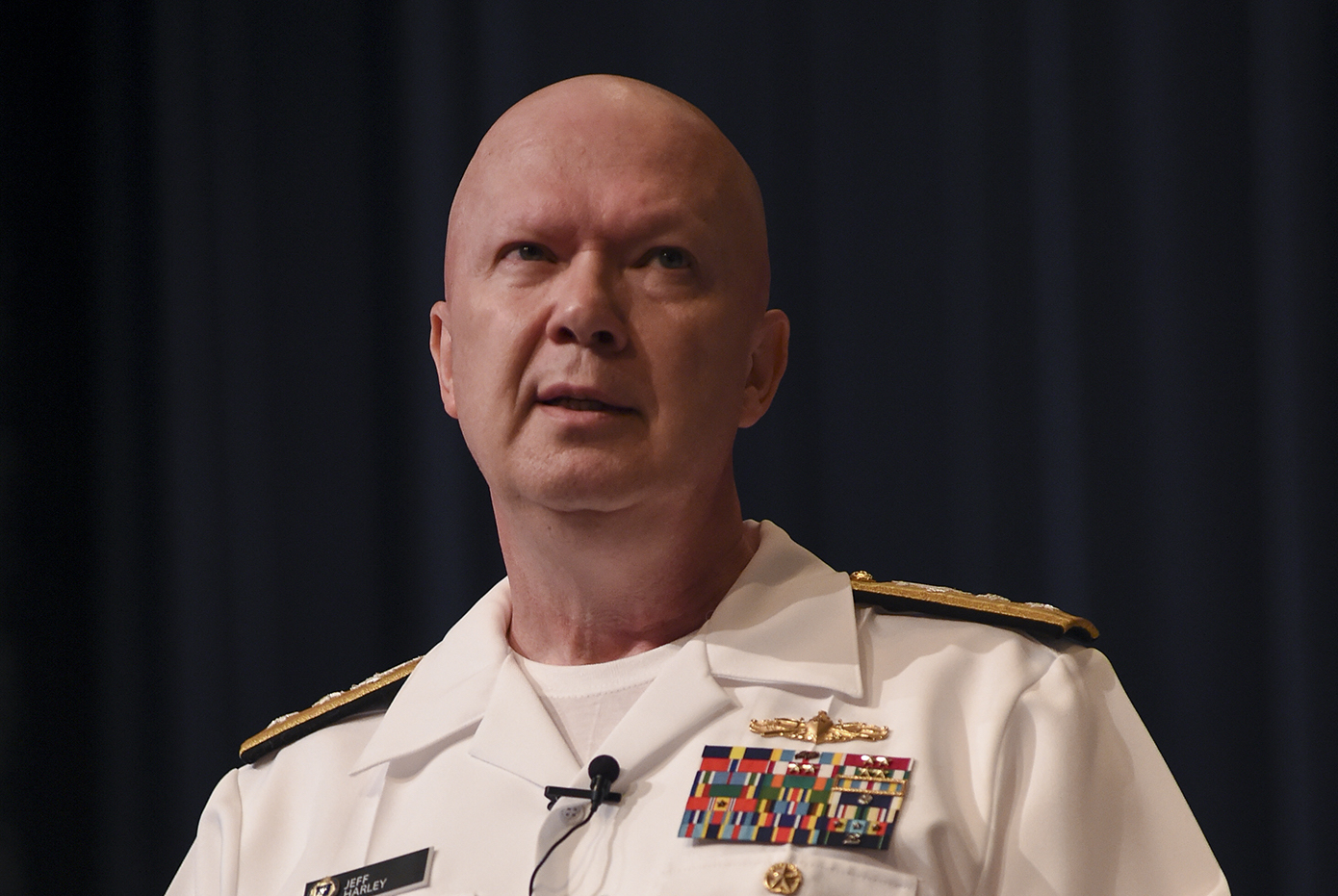 The president of the U.S. Naval War College has been reassigned while he is the subject of a Navy Inspector General investigation, the service announced on Monday.

Rear Adm. Jeffery Harley was reassigned from leading the Navy’s premier post-graduate institution following the revelation the IG was looking into allegations of financial mismanagement and unprofessional behavior based on an April 2018 complaint, first revealed in a June 7 report in The Associated Press.

He “was administratively reassigned June 9 to the Director of Navy Staff… pending the final report of an ongoing Inspector General investigation,” read a statement from the Navy.

Harley, who has led the Newport, R.I. institution since July 2016, was accused in the complaint filed by employees of financial mismanagement and a “destructive and ethically challenged leadership style,” read the complaint as reported by the AP.

The Navy did not elaborate on a brief Monday statement when contacted by USNI News.

Likewise, through a spokesperson, Harley declined to comment to USNI News on Monday.

Last week, Harley addressed the complaint in an interview with the AP.

“All the decisions questioned in the allegations were subject to legal review either before or after the fact, and I believe that all of my decisions are within my authorities,” Harley wrote in a message to the AP.

In the meantime, Naval War College provost Lewis Duncan will temporarily serve as president of the college.

The college has also canceled the upcoming Current Strategy Forum, “due to a change in leadership,” according to a message reviewed by USNI News.

Harley’s removal comes as the Navy is taking steps to restructure its academic institutions.

The Education for Seapower report, released in February, included a lengthy list of recommendations for the secretary of the Navy to consider as part of a massive reorganization of the Navy’s education system.

Chief among the changes is the creation of an accredited Naval University System, to include a Naval Community College and coordinate all Navy and Marine Corps higher educational programs, concluded the report led by Navy Under Secretary Thomas Modly.

The effort would be, “led by a president, a three-star naval officer who is dual-hatted as president, Naval War College, located in Newport, Rhode Island.”