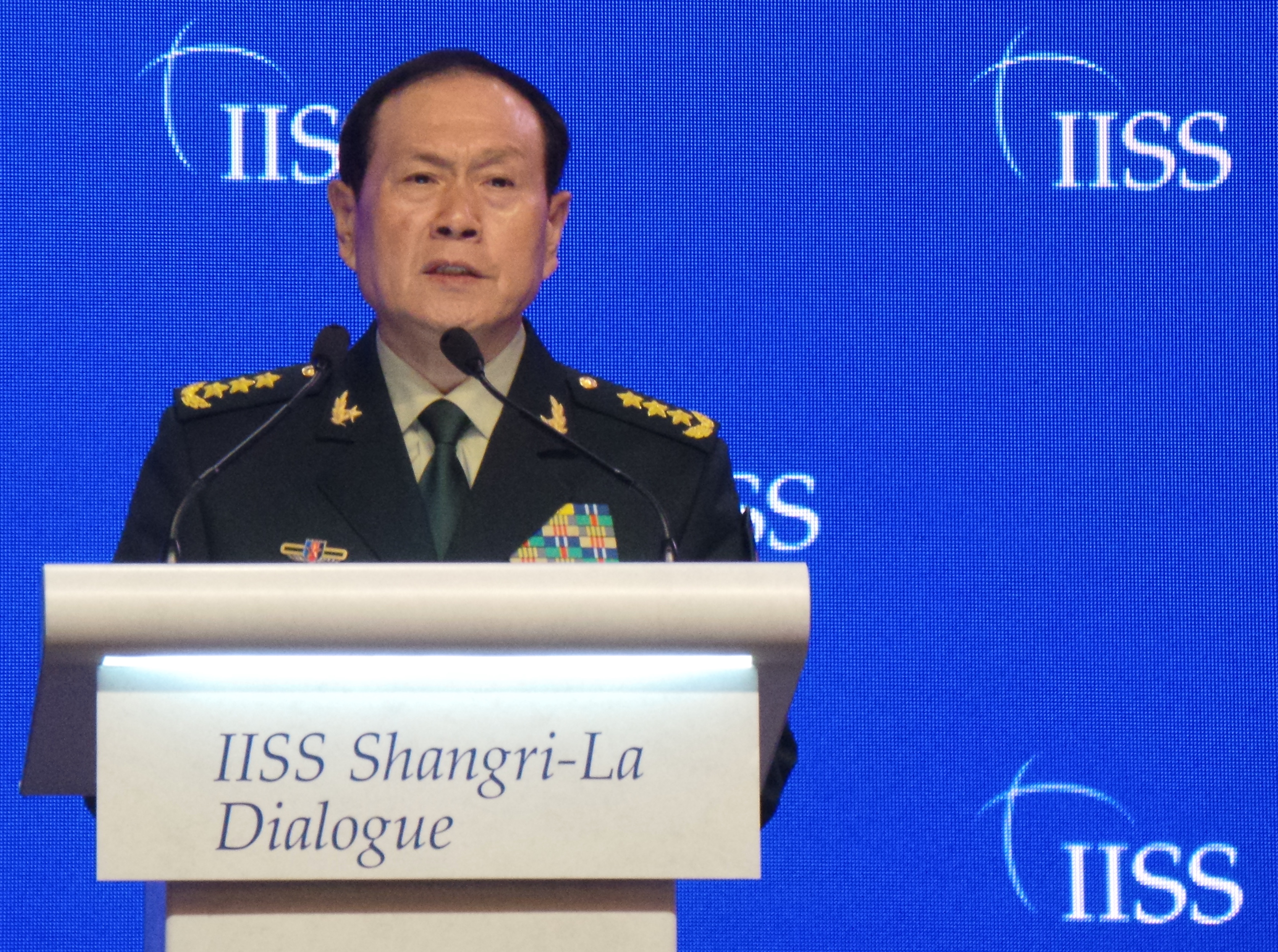 “If anyone dared to split Taiwan from China, the Chinese military has no choice but to fight at all costs to preserve national unity” and defending China’s militarization of disputed territories in the South China Sea as “ the legitimate rights of a sovereign state to carry out construction in its own territory.”

Wei argued that over 100,000 ships annually sailed through the South China Sea but none had been threatened but in recent years, several countries from outside the region had come to the South China Sea to flex their muscles in the name of freedom of navigation, a clear allusion to U.S., French and U.K. sailings in the region.

On Taiwan, General Wei drew an analogy to Abraham Lincoln and the U.S civil war, stating that Americans told him Lincoln was a great leader for winning the U.S Civil War and prevented secession. In a similar vein, China was indivisible and “ China must be and will be unified” and that China viewed that there was no reason for the U.S to interfere on the Taiwan question via a domestic U.S law in the form of the Taiwan Relations Act and concluded that any underestimation of the PLA’s resolve and will on this is dangerous.

“We will strive for the prospects of peaceful reunification with utmost sincerity and greatest efforts but we make no promises to renounce the use of force,” Wei said.

In regard to the South China Sea, General Wei stated that the issue of stability there should be decided by countries from the region through constructive suggestions from other countries will be welcomed.

He said China had only built limited defense facilities on the islands and reefs for its self-defense. Alluding to sailings and overflights in the region by the U.S and its partners, he stated, “In face of heavily armed warships and military aircraft, how can we stay impervious and not build some defense facilities”.

Wei reiterated China’s commitment to the denuclearization, peace and stability of the Korean Peninsula and through a negotiated solution through dialogue and consultation but added that China hoped that the international community will positively respond to the legitimate concerns of North Korea.

At the end of his speech, Wei drew a more conciliatory tone on U.S.-China relations, stating that he had a candid and practical discussion with Acting Secretary of Defense Patrick Shanahan. In the brief talk, the pair reaffirmed the importance of maintaining communication and to develop a constructive military to military relationship. He concluded that China hoped that the U.S. side will work with it to steer China-U.S. relations in the right directions.

The Chinese defense minister ended his speech by stating the Chinese military is ready to work with the armed forces of other Asia Pacific countries to safeguard peace and stability in the region.