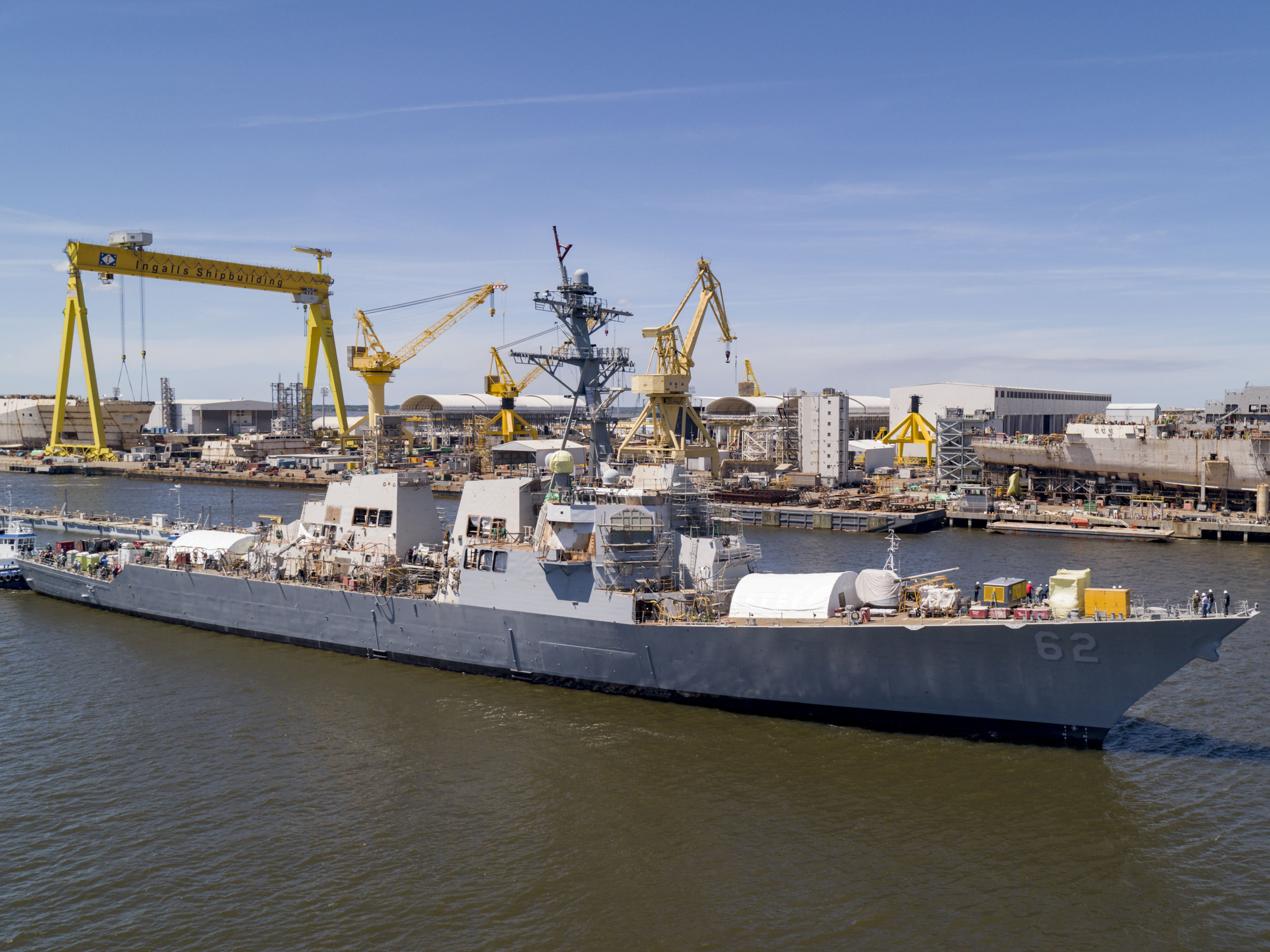 This post has been updated with a statement from Huntington Ingalls Industries.

Cmdr. Garrett Miller, commanding officer of Fitzgerald, noted a series of more than 15 fire safety incidents aboard the ship since it arrived at the Ingalls Shipbuilding yard in Pascagoula, Miss., nearly 18 months ago. Fitzgerald was heavily damaged on June 17, 2017, when it collided with ACX Crystal off the coast of Japan, killing seven sailors in what was the first of two deadly DDG collisions with commercial ships that summer.

“The lack of fire safety is a major concern on this project and I am extremely concerned we are on a path to have a catastrophic fire event on board. NSA (Naval Supervisory Authority) and KTR (contractor) leadership have taken measures to curtail, but they have been marginally effective. I have seen improvements in government [oversight] in the past few months, but little change in craft deck plate compliance. The most recent incident is uncomfortably similar to the recent USS Oscar Austin industrial fire,” Miller writes in a May status report submitted to Navy officials earlier this month and obtained by USNI News.

USS Oscar Austin (DDG-79), which Miller refers to, is another destroyer being worked on at the BAE Systems Norfolk Ship Repair yard in Virginia. It was nearing the end of a year-long upgrade period when a fire broke out on Nov. 10, causing significant damage.

The Navy initially awarded BAE $41.6 million to upgrade Oscar Austin, and other modernization options could have increased the value of the contract to $117.1 million, according to the Navy.

The Navy has yet to identify a cause of the fire or how much repairs will cost. The Navy did recently award Raytheon $16.8 million to repair Oscar Austin’s electronics damaged by the fire.

During the most recent incident aboard Fitzgerald, which Miller says is similar to what happened on Oscar Austin, yard workers expanded their hot work into a space with no fire watch, according to his report. Hot work in the yard usually involves welding but could include using a blow torch or other heated equipment. Expanding the hot work area, Miller wrote, “caused damage to bulkhead lagging and electrical panel which will likely require replacement.”

In a Friday statement, Huntington Ingalls Industries stressed the yard is taking measures to keep work on the ship safe.

“Safety is and always will be the number one priority at Ingalls Shipbuilding. We have strict procedures and guidance relative to fire prevention and protection on every single ship built or repaired at our facility. These types of incidents happen in an industrial environment where, on this ship alone, approximately 23,000 hot work items have been conducted over an 18-month period,” read the statement provided following an earlier version of this post.
“Regardless, our goal remains zero incidents on all our ships. We knew and were prepared for the challenging work associated with an extensive repair project on USS Fitzgerald, and to that end, assigned double the number of trained and qualified fire and safety personnel to the ship. Additionally, twice a day an Ingalls safety representative conducts a fire prevention and housekeeping walk through on the ship with our Navy customer.”

Colleen O’Rourke, a NAVSEA spokeswoman, did not provide any information about the status of repair work on either Fitzgerald or Oscar Austin, including the scope of the work on Oscar Austin and how much money taxpayers are paying to repair the fire damage.

The numerous fire incidents aboard Fitzgerald while in the yard involve poorly staffed fire watches, a smoldering deck, combustible material catching on fire, the discovery of previously unreported burnt-cable spot fires and fires that melted equipment, Miller writes. Since March, no hot work has been allowed to start unless an Ingalls Shipbuilding fire marshal first signs off on the work

The Naval Supervisory Authority included comments in Miller’s report concurring with his assessment. Ingalls Shipbuilding hired more fire marshals to review hot work areas, and the “new process has resulted in a slight improvement of compliance, however, the recent incident that occurred on 01MAY19 indicates deck plate supervision and training may still be deficient,” the authority writes in the report.

The bottom line, Miller states, is, “the management control processes in place have been ineffective at the deck plate level. (Naval Supervisory Authority) must take significantly more aggressive and punitive actions to force (contractor) leadership to take fire safety seriously.”

The following is Miller’s summary of fire safety events aboard USS Fitzgerald (DDG-62) since the Arleigh Burke-class guided-missile destroyer entered the Ingalls Shipbuilding yard in January 2018.