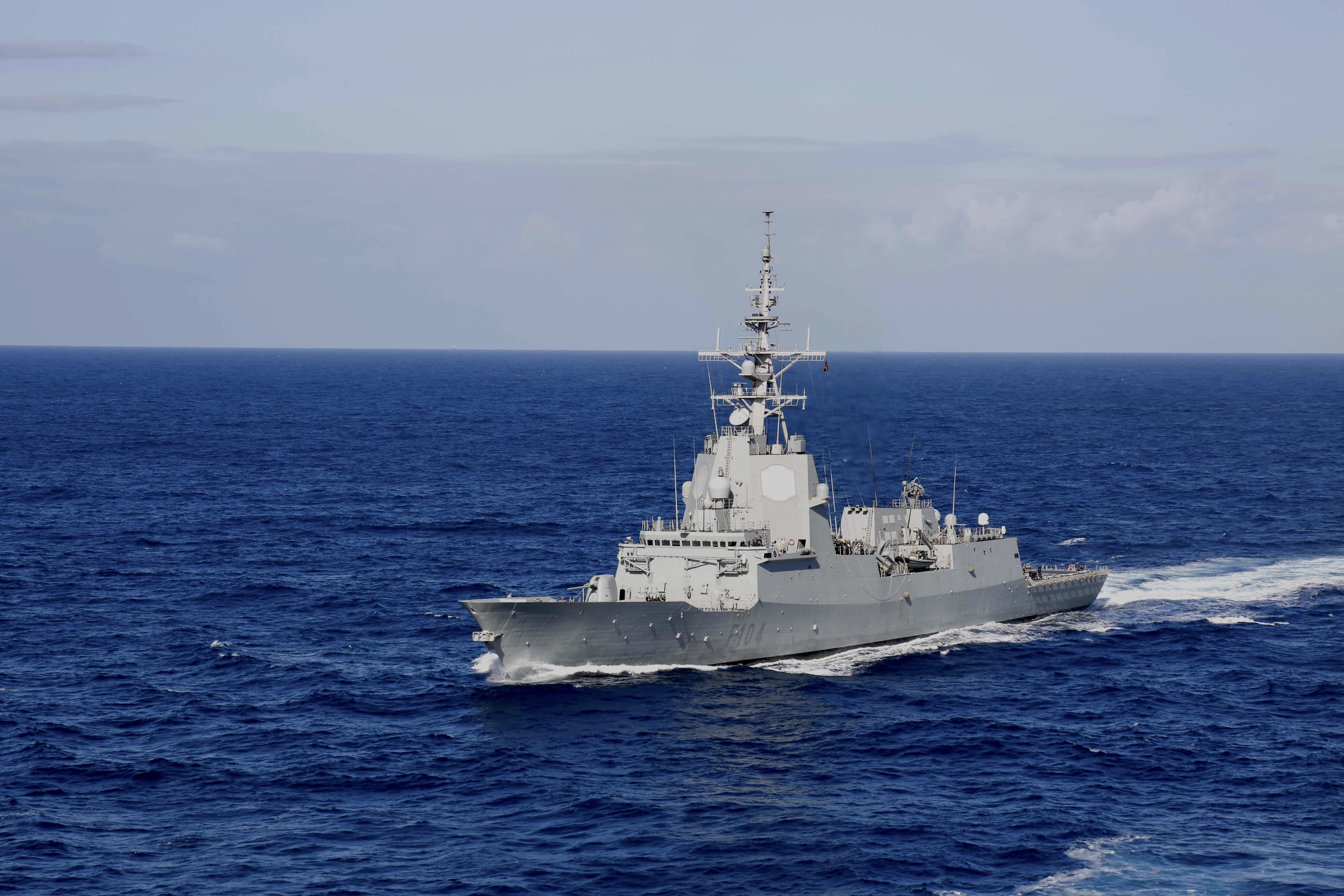 A Spanish guided-missile frigate is temporarily dropping out to the Abraham Lincoln Carrier Strike Group over the U.S. shift in operations toward Iran, according to statements from Spanish defense officials.

ESPS Méndez Núñez (F 104) started operating as part of the strike group when it arrived in U.S. 6th Fleet in April and had planned to join USS Abraham Lincoln (CVN-72) for its deployment and homeport change to San Diego, Calif.

However, the U.S. repositioning of the strike group in response to increased risk from Iran has changed the situation for Spain – at least temporarily.

“The U.S. government has taken a decision outside of the framework of what had been agreed with the Spanish Navy,” acting defense minister Margarita Robles told reporters in Belgium, reported Reuters.

Núñez had planned to circumnavigate the world to celebrate the 500-year anniversary of Magellan’s 1519 trip around the world. Diverting the strike group to the Persian Gulf was outside of the two-year training agreement the Spanish and the U.S. signed ahead of the deployment.

Last week, the U.S. canceled a planned port visit to Croatia and conducted an “expedited transit” through the Suez Canal and quickly passed through the Red Sea. As of Monday, Lincoln was operating in the Gulf Aden, according to the USNI News Fleet and Marine Tracker. 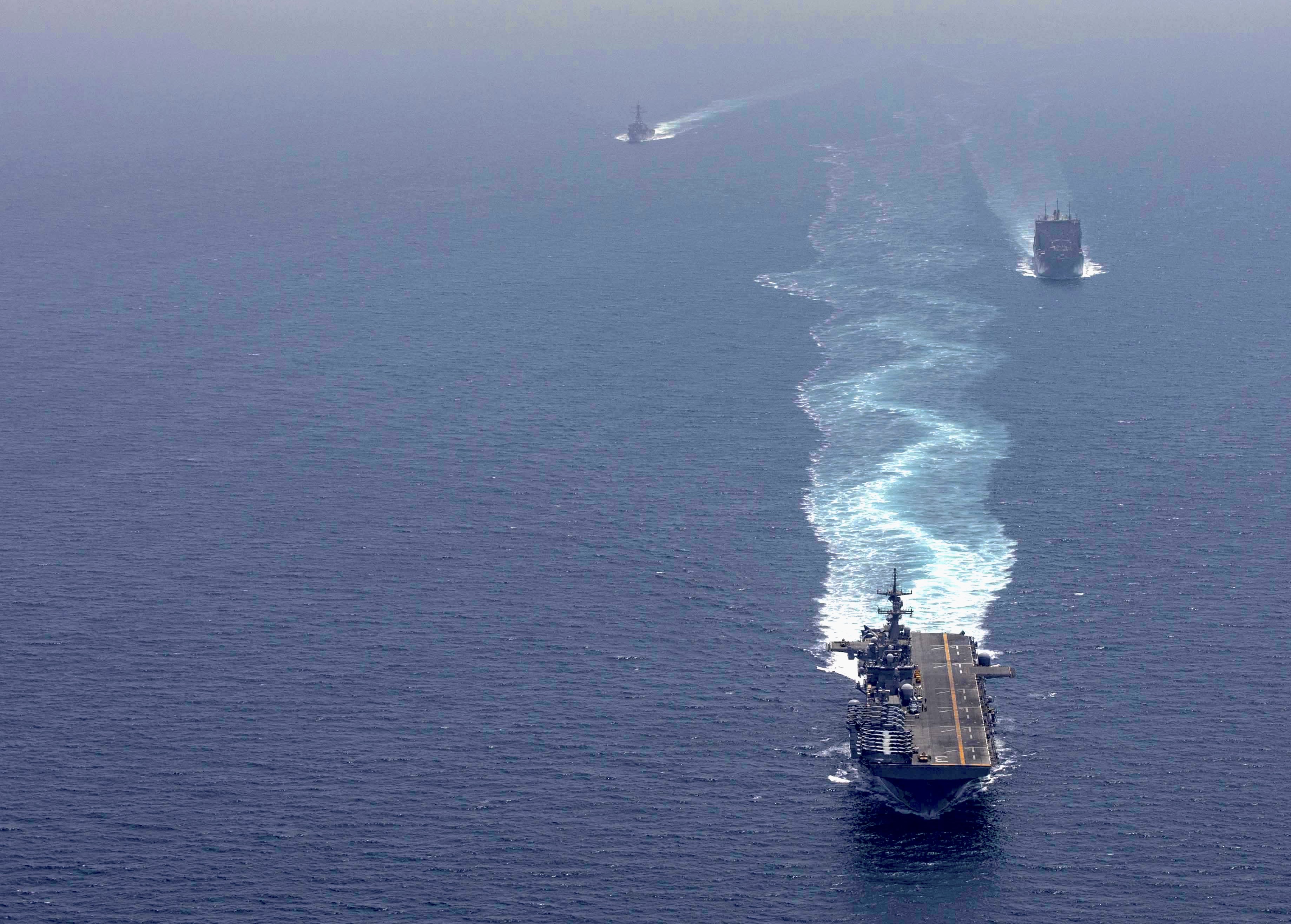 The White House and Pentagon have cited unspecified “indications of heightened Iranian readiness to conduct offensive operations against U.S. forces and our interests,” as justification to not only retask Lincoln but also deploy an Air Force bomber task force, an Army Patriot anti-ballistic missile battery and amphibious warship USS Arlington (LPD-24).

On Sunday, four oil-industry ships were attacked by unspecified means believed to be Iranian, U.S. officials

“The Saudi tankers were among at least four oil-industry vessels, including ships from Norway and the United Arab Emirates, attacked on Sunday in the Gulf of Oman off the U.A.E.’s eastern coast as they prepared to cross into the Persian Gulf, Saudi officials said,” reported The Wall Street Journal.

A U.S. team has been dispatched to assist with the investigation into the alleged attacks.

In a statement, Navy officials did not offer additional details on how the temporary suspension would affect the operation of the strike group.

“I refer you to the Spanish Ministry of Defense for questions regarding future operations with Méndez Núñez,” read a statement from U.S. 5th Fleet. “We value the strong mil-to-mil relationship with our Spanish allies.”

Navy releases indicate that Núñez crossed the Suez with the strike group, but it’s unclear where the frigate is now.

Speaking with reporters, Robles stressed that the temporary departure of the strike group doesn’t change the relationship with the U.S. or its security commitments.

“Spain will always act as a serious and reliable partner as part of the European Union and within NATO,” she said.