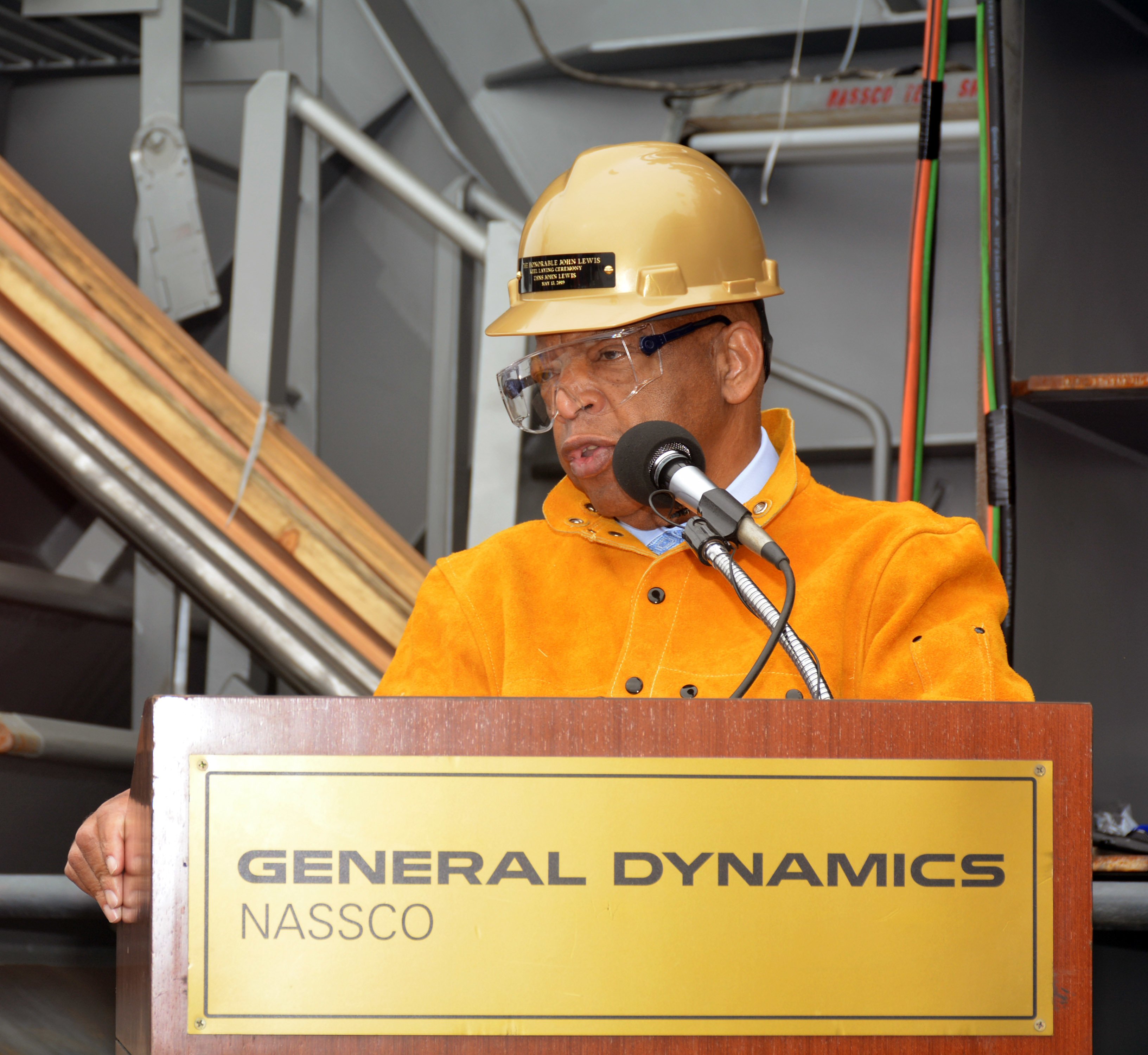 The keel was laid for the future first-in-class fleet replenishment oiler John Lewis (T-AO-205) in a ceremony in San Diego this week.

General Dynamics National Steel and Shipbuilding Company (NASSCO) is building the new fleet of oilers for U.S. Navy ships and laid the keel on the first ship of the class on May 13, according to NASSCO.

During the ceremony at the NASSCO yard, U.S. Representative John Lewis (D-Ga.), the ship’s namesake, and Emmy and Golden Globe-winning actress Alfre Woodard, the ship’s sponsor, etched their initials into the keel plate.

“For the U.S. Navy and former Secretary Ray Mabus to see fit to honor me in this way is unreal and almost unimaginable,” Lewis said in a statement released by his office. “I only try to do what is fair, what is right, and what is just and get in what I call good trouble, necessary trouble. This class of ships pays tribute to the powerful contribution each and every participant in the struggle for civil rights and social justice has made to help build a true democracy in America.”

Consistent with Lewis’s commitment to non-violence, the statement from his office pointed out that the John Lewis class of ships are not combat vessels, but instead serve the vital role of replenishing fuel for ships at sea, serving as part of the Navy’s Combat Logistics Force operated by the Military Sealift Command. The John Lewis-class will also honor other civil rights figures including Harvey Milk, Earl Warren, Robert F. Kennedy, Lucy Stone and Sojourner Truth. 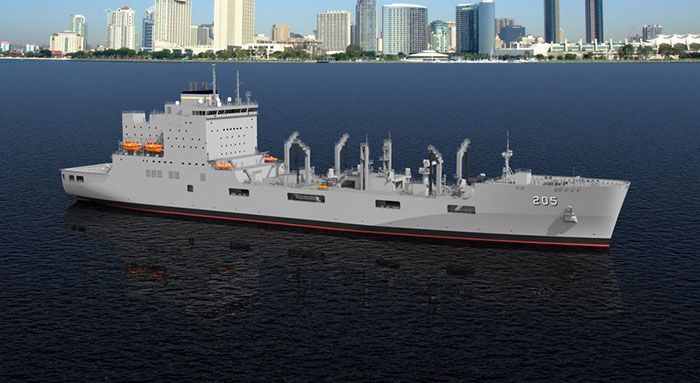 The new class of oiler has a displacement of 22,173 tons and is designed to carry 156,000 barrels of oil as well as dry cargo and aviation fuel. In June 2016, the Navy awarded NASSCO a $3.2-billion contract to build six John Lewis-class oilers. Ultimately, the Navy plans to buy 20 John Lewis-class ships over the course of three contract awards, according to the Military Sealift Command.

Before representing Atlanta in Congress, Lewis was a leader in the Civil Rights movement. In 1963, as chairman of the Student Nonviolent Coordinating Committee, Lewis helped organize and spoke at the March on Washington in August 1963. On Sunday, March 7, 1965, Lewis was among the leaders of a peaceful march across the Edmund Pettus Bridge in Selma, Ala. Alabama state troopers attacked the marchers in an incident commonly referred to as “Bloody Sunday.” Images of the confrontation appearing in newspapers and on news broadcasts helped spur the passage of the Voting Rights Act of 1965, according to Lewis’ bio.

“We’re honored to have Rep. Lewis and Ms. Woodard with us today as we lay the foundation for recapitalizing our nation’s critical fuel-replenishment-at-sea capabilities,” Mike Kosar, the program manager for support ships, boats and craft within the Program Executive Office for Ships, said during the ceremony, according to a NASSCO release.
“These ships are steadfast, reliable and allow our warships to defend our freedoms for which Representative Lewis has dedicated his life to protecting.”