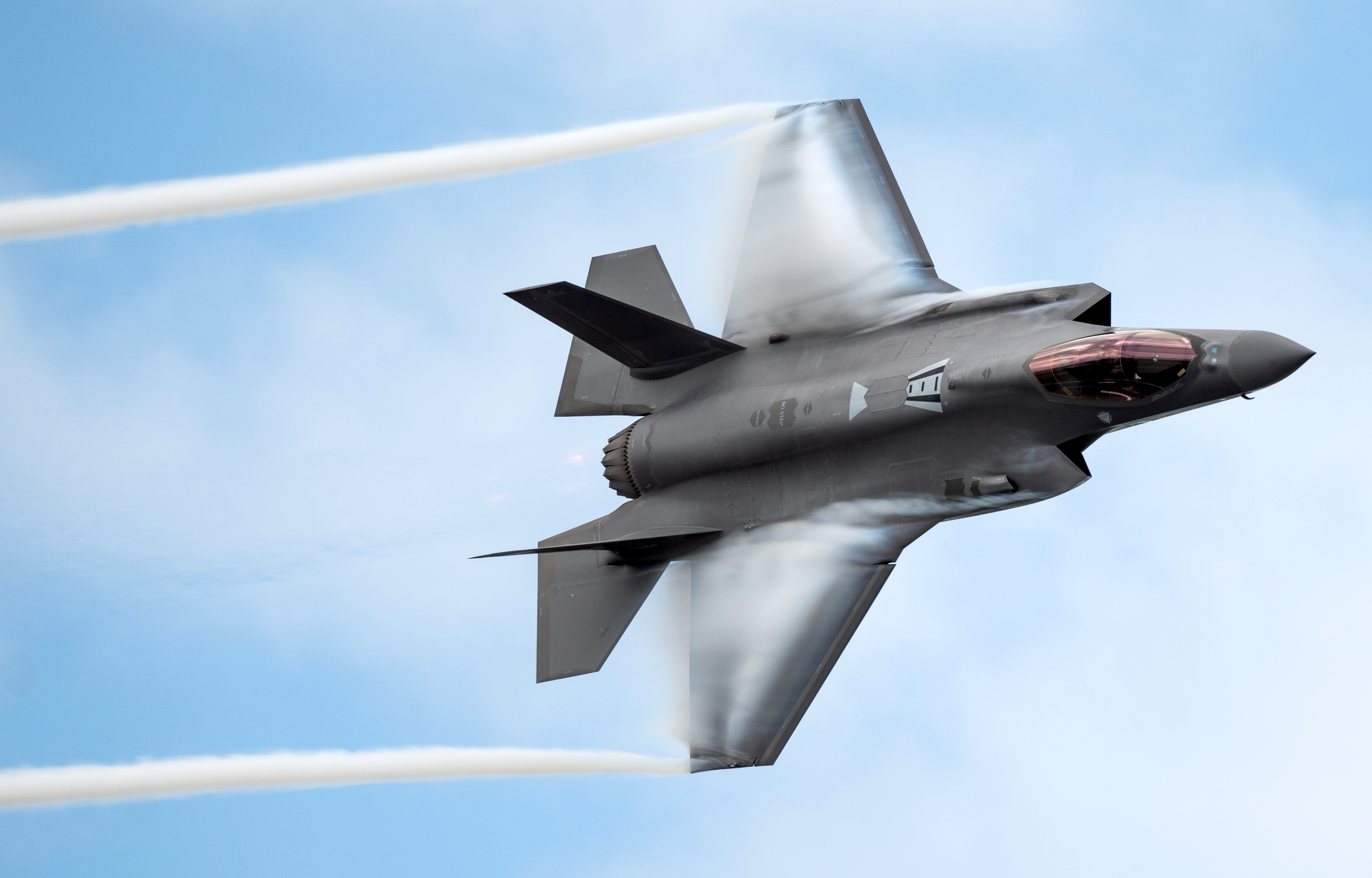 THE PENTAGON — The Defense Department is seeking alternate suppliers for parts of the F-35 Lightning II Joint Strike Fighter currently provided by Turkish companies, as Turkey’s pursuit of a Russian air defense system threatens its continued participation in the jet program.

The Pentagon has made clear that it will not allow Turkey to buy F-35 jets if it also buys the S-400 Triumf anti-aircraft system. Ellen Lord, undersecretary of defense for acquisition and sustainment, told reporters today that Turkey would also not be allowed to remain involved in supplying parts for the jets, and that the program has “for some time” been looking elsewhere for potential suppliers.

“The U.S. continues to speak with Turkey on a routine basis. We have been very clear that the F-35 and the S-400 are incompatible. We have had Turkey as a NATO ally for many years, they’re also a very good supplier on the F-35 program. Those partners in the F-35 program are awarded supply chain contracts on the basis of value,” she said.
“We have for some time now been working to look at alternate sources of supply for the F-35 supply chain that is inside Turkey right now; that being said, we continue to work with Turkey and hope that they will use a NATO-compliant system for their air defense system.”

According to the F-35 website, eight Turkish companies have contributed to the Lockheed Martin-built airframe and the Pratt & Whitney propulsion system. Turkey was given approval to build its own F135 engines and was also selected to have the first regional F135 engine depot overhaul facility in Europe. Turkish parts for the jets and their spares were set to be fielded globally, with these companies set to do $12 billion in work on the F-35 program over the life of the jet.

Lord said the Pentagon continues to seek alternate suppliers for the parts currently provided by Turkish companies, though she couldn’t say yet how quickly alternate providers could be put in place if Turkey were to buy the Russian S-400 system and therefore be kicked out of the F-35 program.

Lord noted that the U.S. and its F-35 partners are in agreement that Turkey cannot operate both the Joint Strike Fighter and the Russian S-400, and she said the U.S. and NATO are pushing Turkey to buy Raytheon’s Patriot air and missile defense system.

Regarding potential cost or schedule impacts to the rest of the global program if Turkey were to cancel its orders and leave the supply base, Lord said, “we are working on that right now, and we see a potential slowing down of some deliveries over the next two years. Some potential cost impacts, but right now we believe we can minimize both of those.”

Separately, despite the challenges the F-35 program is currently seeing, other military programs are seeking to increase their use of foreign suppliers to help make up for weaknesses or shortfalls in the U.S. defense industry. Navy Secretary Richard V. Spencer said during an April 9 Senate Armed Services hearing that the Navy is working closely with its prime contractors to monitor the “underlying matrix of organizations providing parts” for its ship, aircraft and weapons programs. The added attention comes from both a desire to ensure that all companies are following good cybersecurity practices, as well as a need to gauge the health of the industrial base.

“You’re finding that, in the Navy/Marine Corps enterprise, the acquisition side is going deep – personally, themselves, alongside contractors – to ensure the health and the warning signs and friction points that we have in the supply chain and how we can rectify them,” Spencer said at the hearing.
“As an example, in certain areas we’re sitting there going, okay, if in fact Supplier A is industrial capacity limited, why don’t we go to our allies – if in fact it’s not a critical confidential part – and actually rely more on our allies. As you know, we’re legally allowed to, in many cases, include up to 50-percent foreign parts. We’re now flexing that muscle again to make sure we are exhausting the whole field of availability.”

Lord said during today’s press briefing that her office works closely with prime contractors like shipbuilders Huntington Ingalls Industries and General Dynamics to understand what the limiting factors are to production – personnel, space at facilities and so on – at both the prime and the supplier level. Where the Defense Department and prime contractors can help shore up U.S. industry capability, they do.

“That being said, we, in order to be responsible, need to have Plan B,” she said, which is where foreign suppliers come in.
“Richard (Spencer) and I have discussed that. I know we have talked to various individuals in the government in Italy about what can be done there as well. So I think we owe it to the taxpayers to look at best value, lowest risk, highest capability, so we wouldn’t rule anything out.”

Asked for what specific components the Navy is reaching out to foreign suppliers, Lord said her office is taking a data-driven approach to looking at where that is most appropriate and could not name specific areas just yet.