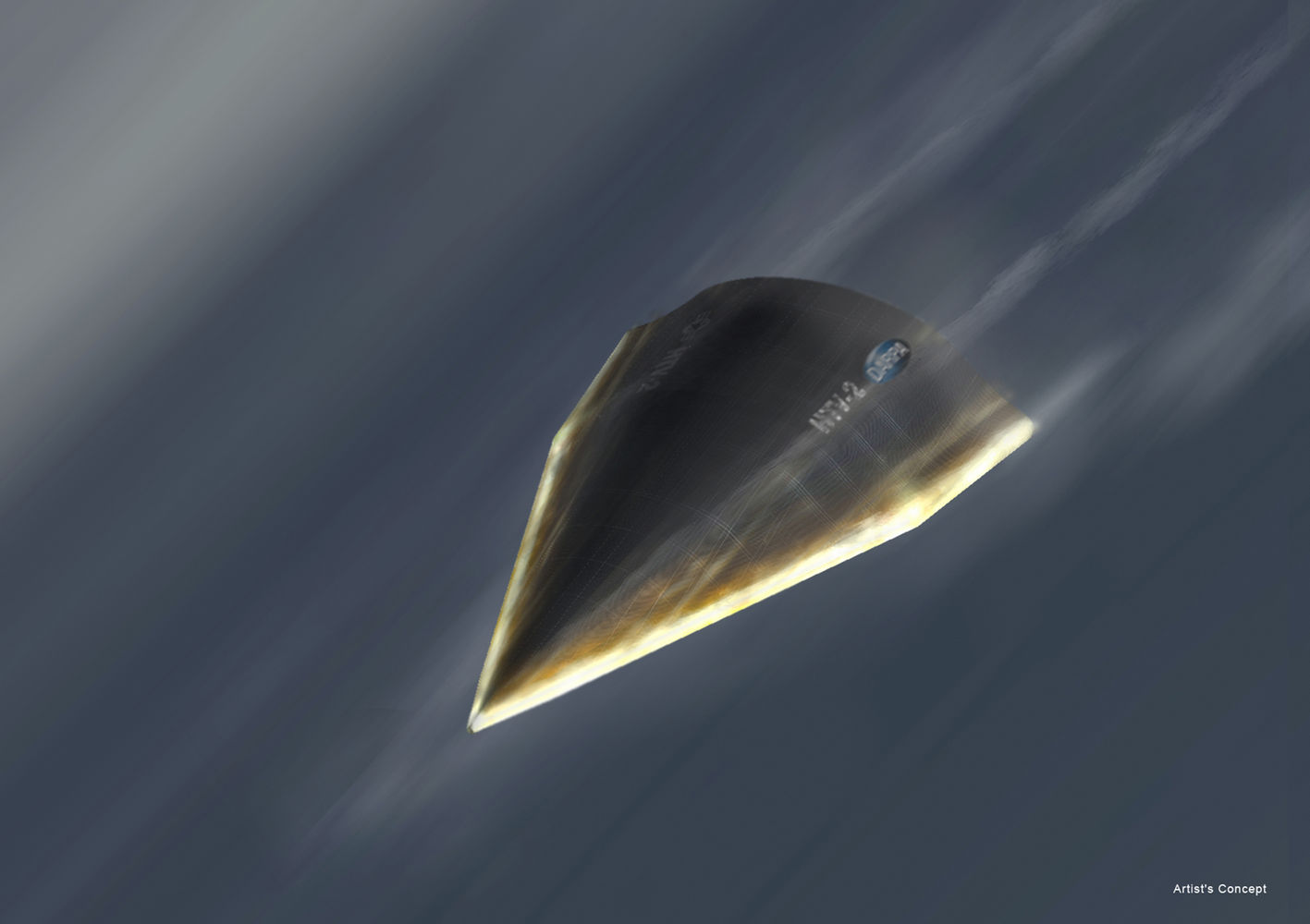 Lockheed Martin is working through $2.5 billion in military contracts to develop a variety of hypersonic weapons in a bid to catch up with developments from China and Russia, company chief executive Marillyn Hewson said during a Tuesday earnings calls.

The Pentagon has made moves to accelerate the development of hypersonic weapons in its latest guiding documents, and that has driven investment from the company, Hewson said.

“We have been investing in hypersonics for many, many years, and as a result of that, that’s why we’re leading in this trend of being able to bring capabilities forward. In terms in how the market is developing, it’s basically threat-driven, if you look at what was in the National Defense Strategy, Missile Defense Review,” she said.
“It’s clearly a need for us to not only address hypersonics but also counter-hypersonics as well.”

In the Tuesday morning call, Hewson highlighted the late-February contract with the Navy for development and testing of the service’s conventional prompt global strike concept that would notionally create a hypersonic glide vehicle that would ride a ballistic missile launched from a submarine down to its target.

“[We] received an order for over $800 million from the U.S. Navy to design, develop, build and integrate technologies to support the flight test demonstration of a new hypersonic boost-glide weapons system. Lockheed Martin was awarded the Navy’s conventional prompt strike weapons contract and will provide flight articles and support equipment for the systems flight test,” Hewson said.
“This order follows three previous awards the corporation has received in hypersonic weapons: the tactical boost-glide contract; the hypersonic conservational strike, or HACKSAW program; and the air-launched rapid response, or Arrow, program. These wins are being performed in three of our four business areas with the cumulative value of our hypersonic strike weapon award now exceeding $2.5 billion across the corporation.”

The February award by the Navy’s Strategic Systems Programs (SSP) for the Intermediate Range Conventional Strike Weapon System is an early step in developing a hypersonic glide weapon body for all the services by 2025.

“We will explore several options to deploy this capability on various platforms and are working with the Army and Navy on deployment opportunities,” an SSP spokesperson told USNI News last month.

The Pentagon has stressed its lag against both the Chinese and Russians in hypersonics, and the Army, Air Force and Navy have pushed out to acquire the weapons.

The military has had some early successes in testing the concepts. In October 2017, the Navy conducted a successful $160-million test of a hypersonic glide vehicle that flew from Hawaii to the Marshall Islands – about 2,000 nautical miles.