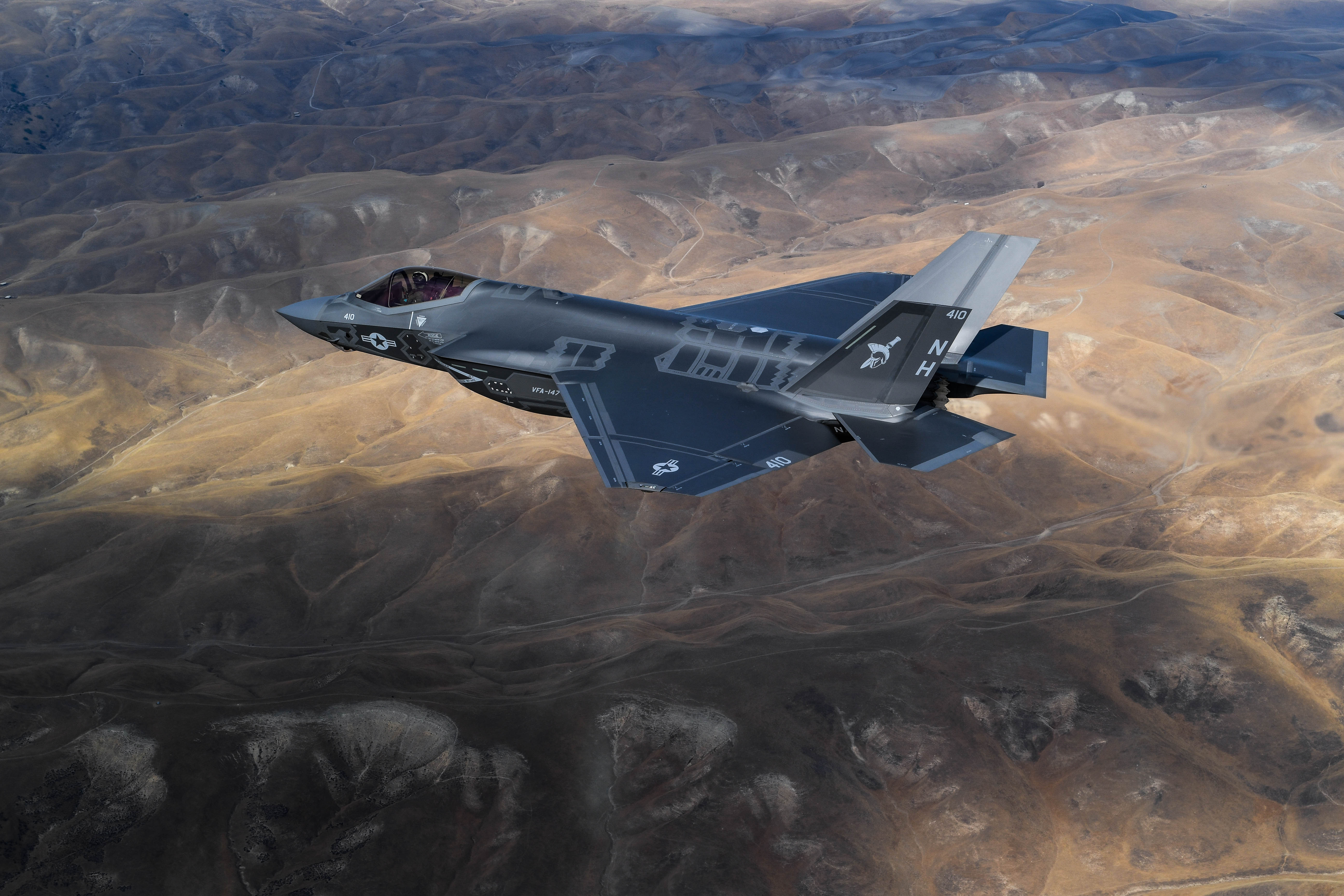 An F-35C Lightning II fighter jet, attached to the “Argonauts” of Strike Fighter Squadron (VFA) 147, flies in formation for a photo exercise in Lemoore, Calif., on Nov. 16, 2018. US Navy Photo

Lockheed Martin moved a raft of suppliers into performance-based logistics contracts or master repair agreements, with the idea being these longer-term commitments allow subcontractors to invest in their production processes, making their operations more efficient, resulting in lower costs for Lockheed Martin.

“As the F-35 fleet expands, we are partnering with our customers and taking aggressive actions to enhance F-35 readiness and reduce sustainment costs,” Greg Ulmer, Lockheed Martin’s general manager of the F-35 program said in a statement. “We’re restructuring and streamlining several contracts with key industry partners to provide the long-term stability that will allow them to make investments, improve efficiencies and optimize their performance. This is one of several actions we’re taking across the supply chain to improve capacity, reduce costs and enhance supply availability.”

By next year, Lockheed Martin officials want to lower to $80 million the production costs of the F-35A standard take-off and landing variant used by the U.S. Air Force and international partners. Reducing the production price is a critical part of the company’s next multi-year contract negotiation with the Pentagon, Marillyn Hewson, chief executive of Lockheed Martin, told analysts when discussing the company’s 2018 financial performance during a January conference call.

The U.S. Marine Corps uses the F-35B short take-off/vertical landing variant and some foreign partners currently cost $115.5 million, and the F-35C carrier launched and arrested landing variant primarily used by the U.S. Navy cost $107.7 million each. Lockheed Martin is working to lower their costs as well.

Hewson is scheduled to discuss Lockheed Martin’s 2019 first quarter financial performance during a conference call on April 23 and will likely provide an F-35 program update.

The Pentagon has for years sought to control the program’s costs as lawmakers on Capitol Hill have frequently balked at the F-35’s high sticker price and initial availability problems. The program had an “albatross of negativity,” Vice Adm. Mat Winter, the director of Joint Strike Fighter program office, said during an episode of the Proceedings podcast.

However, as production ramped up and the military has worked with Lockheed Martin and the suppliers to improve their production processes, the program has been able to lower costs while increase aircraft availability, Winter said.

“The aircraft, the operating system, is operating in combat today,” Winter said. “Our Israeli friends and the United States Marines Corps have taken it into combat and utilized it.”

The U.S. military will eventually receive 2,456 divvied up among the service branches as follows: