Before the Navy requests more money for Textron’s Ship-to-Shore Connector, company executives say they need to firm up contracts for the funds already earmarked for the program.

“I don’t think there is anything sinister here,” Donnelly said. “It’s just the Navy’s perspective was you guys have a whole bunch of craft that are already appropriated in 2017, 2018, 2019. We’ve got to get those under contract and get going here before we add on additional appropriated volumes.”

A year ago, Textron started purchasing a significant amount of long-lead material and performing at-sea testing on the Ship-to-Shore Connector. The vessel looks a lot like the existing Landing Craft Air Cushion (LCAC) used by the Navy to deliver Marines and their equipment ashore but has a fly-by-wire control system, a new drive and propulsion system and more powerful engines, USNI News previously reported. Textron’s new vessel also has fewer parts, a move the company predicts will simplify the vessel’s production, supply chain and maintenance.

Textron did start production on the first three Ship-to-Shore Connector and the company has a significant backlog to work with, Donnelly said. However, losing an appropriation for FY 2020 could complicate contracts with subcontractors.

“We’d like to see them put something back in for 2020 so we don’t have a break in how we negotiate and work with our suppliers,” Donnelly said.

At the same time, Donnelly told analysts the company is speeding up work on its pitch for the Army’s Future Long-Range Assault Aircraft (FLRAA). What was once thought to be a 2035 target for an initial operating capability is now expected to be 2030 or earlier, Donnelly said. 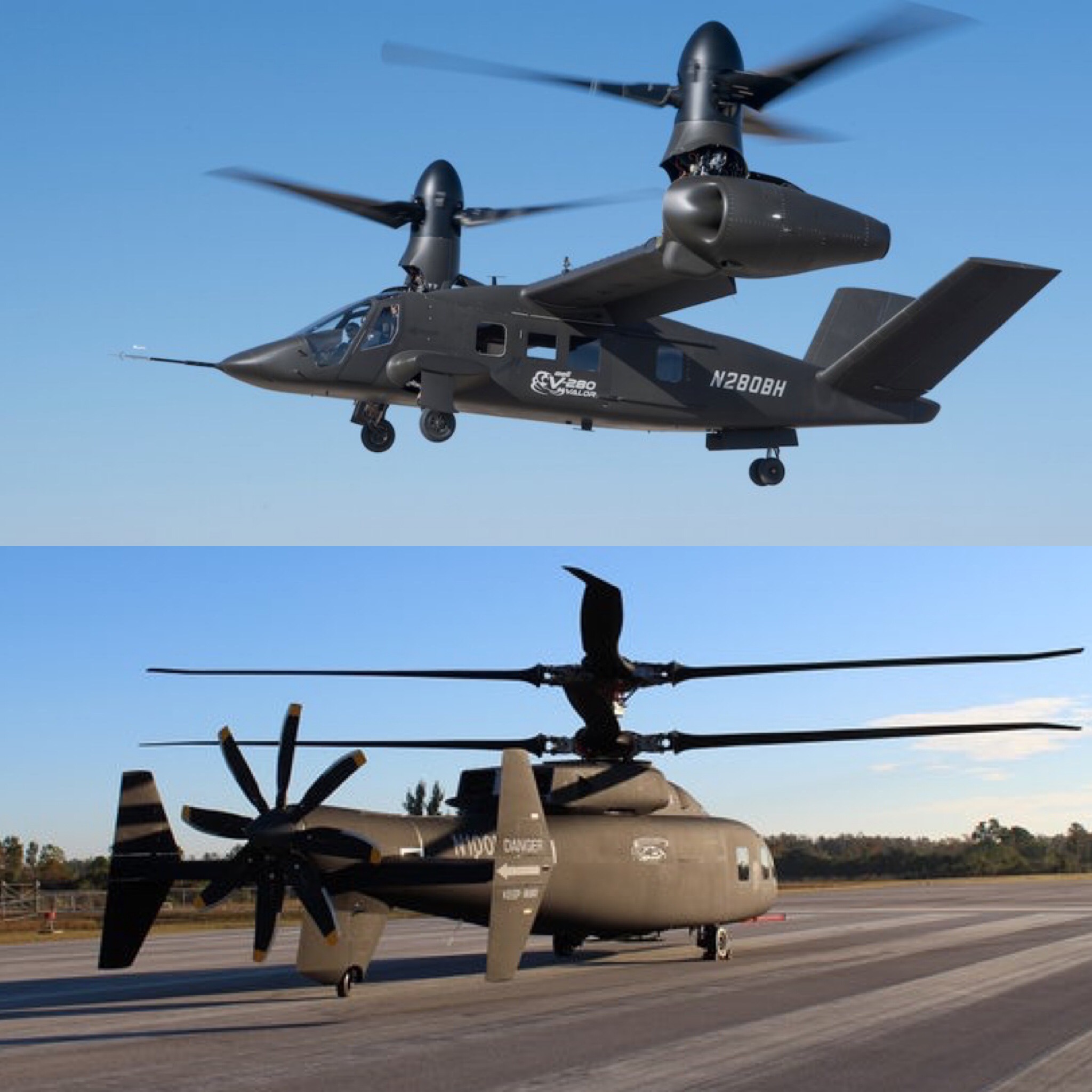 Textron-owned Bell Helicopter’s V-280 Valor prototype (top) and the Sikorsky-Boeing SB-1 Defiant (bottom). The two aircraft are in competition to be the final selection for the Army’s Future Vertical Lift program.

While the Navy is decades away from replacing its fleet of MH-60 Seahawk helicopters, it’s understood the Navy will follow the Army’s selection.

“The Army is absolutely intent on bringing that back and getting aircraft onto the ramp much sooner than that and clearly we can support doing that,” Donnelly said.

The significance of moving production forward, for Textron, is this will help the company bridge any production gaps between when the FLRAA ramps up and when the Bell-Boeing V-22 Osprey production winds down, Donnelly said. Interest in the V-22 from foreign militaries and a desire to improve the readiness of U.S. V-22s will also fill this production gap.

The Army is currently considering a Bell and a Sikorsky-Boeing prototype for the effort. On Monday, the Army, U.S. Special Operations Command and the Marines issued a request for information for FLRAA, according to Breaking Defense.

“I think we have a proposal on the table that can meet the requirements in a very reliable, sustainable way,” Donnelly said.