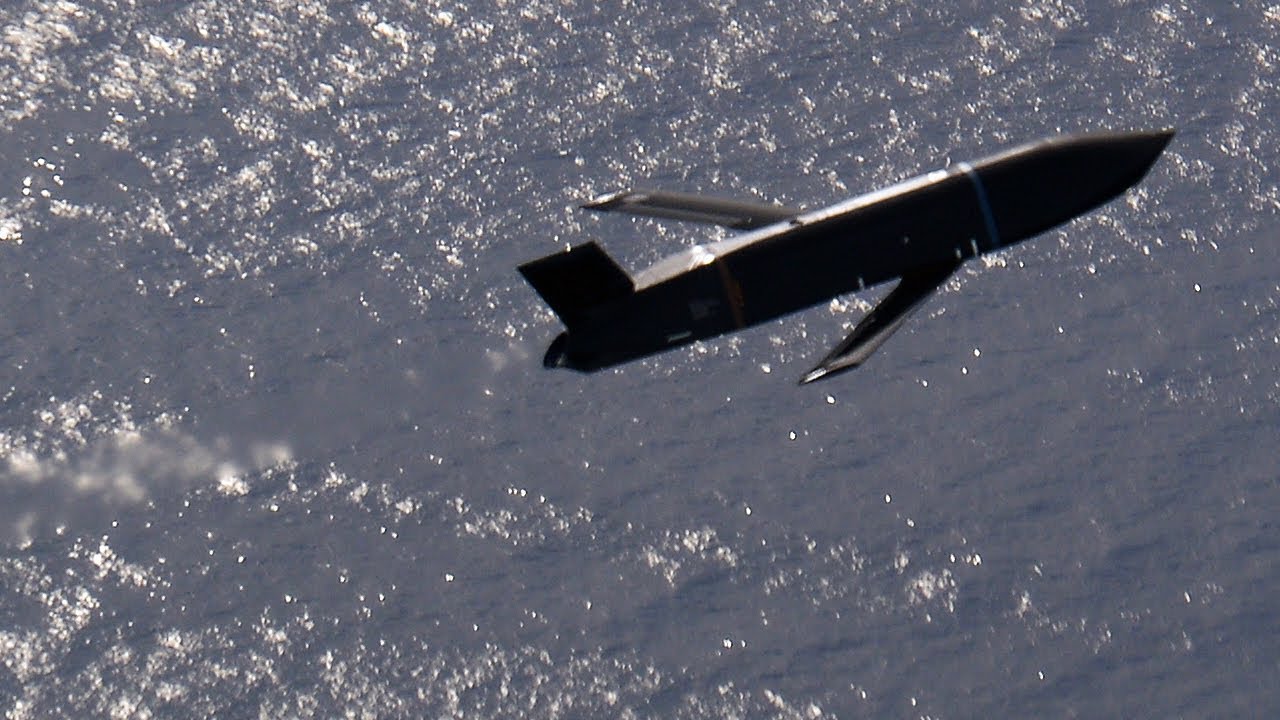 This Offensive Missile Strategy replaces a former Cruise Missile Strategy and now lumps together all non-nuclear offensive strike missiles with ranges greater than 50 nautical miles, according to written testimony the Navy provided the Senate Armed Services Committee. The Navy’s plan, which is classified, has “a strong focus on delivering ‘multi-domain’ capabilities,” according to the testimony.

The written testimony then dives into updates on many current and future weapons programs and how the Fiscal Year 2020 budget request supports them.

On the anti-surface side, an Increment 1 – the Long Range Anti-Ship Missile (LRASM) built by Lockheed Martin – in early FY 2019 achieved Early Operational Capability with the Air Force B-1B, and the weapon “is on-track to achieve EOC on the Navy’s F/A-18E/F aircraft prior to the schedule objective of the fourth quarter of FY 2019.”

The FY 2020 budget request asks for $143.2 million to buy the weapons and another $65.4 million to already begin researching a LRASM 1.1 variant with additional capabilities “to bridge the gap until an OASuW Increment 2 program of record can be established,” the testimony reads.

OASuW Increment 2 is the next-generation capability being researched, compared to the LRASM and V1.1 covering the now and the near-term. Increment 2 looks at defeating threats in 2028 and beyond and will be developed through an open competition.

In a nod to the interconnectedness of the weapons within the Offensive Missile Strategy, the Navy will use the Next Generation Land Attack Weapon’s analysis of alternatives to inform OASuW Increment 2 requirements.

Whereas OASuW goes after enemy ships, the Next Generation Land Attack Weapon is meant to be launched from ships and submarines to go after “high-priority fixed, stationary and moving targets – as well as those targets hardened, defended or positioned at ranges such that engagement by aviation assets would incur unacceptable risk,” reads the testimony. The AoA for the land-attack weapon has been completed already, and the OASuW Increment 2 AOA study will be completed in 2019 to support the program’s initial operational capability in 2028 to 2030, the testimony notes.

At the heart of the Navy’s cruise missile inventory is the Tomahawk missile. The written testimony notes that the FY 2020 budget request includes money to research and build the missile. On the research and development side, $320.1 million was requested to develop and test “navigation and communications upgrades to improve performance in Anti-Access/Area Denial environments; a Maritime Strike Tomahawk (MST) variant; a Global Positioning System M-Code capability; the Joint Multiple Effects Warhead System and Fuse; and the associated Tactical Tomahawk Weapon Control System (TTWCS) and Tomahawk Mission Planning Center (TMPC) updates that support all upgrades and address usability, interoperability and information assurance mandates.”

Another key legacy missile program for the Navy is the Harpoon. The 2020 budget request invests $25.4 million to buy 70 modification kits to take Cold War-era Block IC missiles and upgrade them to the Harpoon II+ configuration for use from the F/A-18 E/F Super Hornet and P-8A Poseidon aircraft.

The testimony notes the importance of investments in direct attack weapons and general purpose bombs, stating the funds requested in 2020 “are critical to building and maintaining the [Department of the Navy’s] direct attack weapons inventory. The FY 2020 President’s Budget requests $63.0 million for Direct Attack Weapons and General Purpose Bombs and an additional $82.7 million to procure 3,388 [Joint Direct Attack Munition] kits to enhance readiness and prepare for future contingencies.”