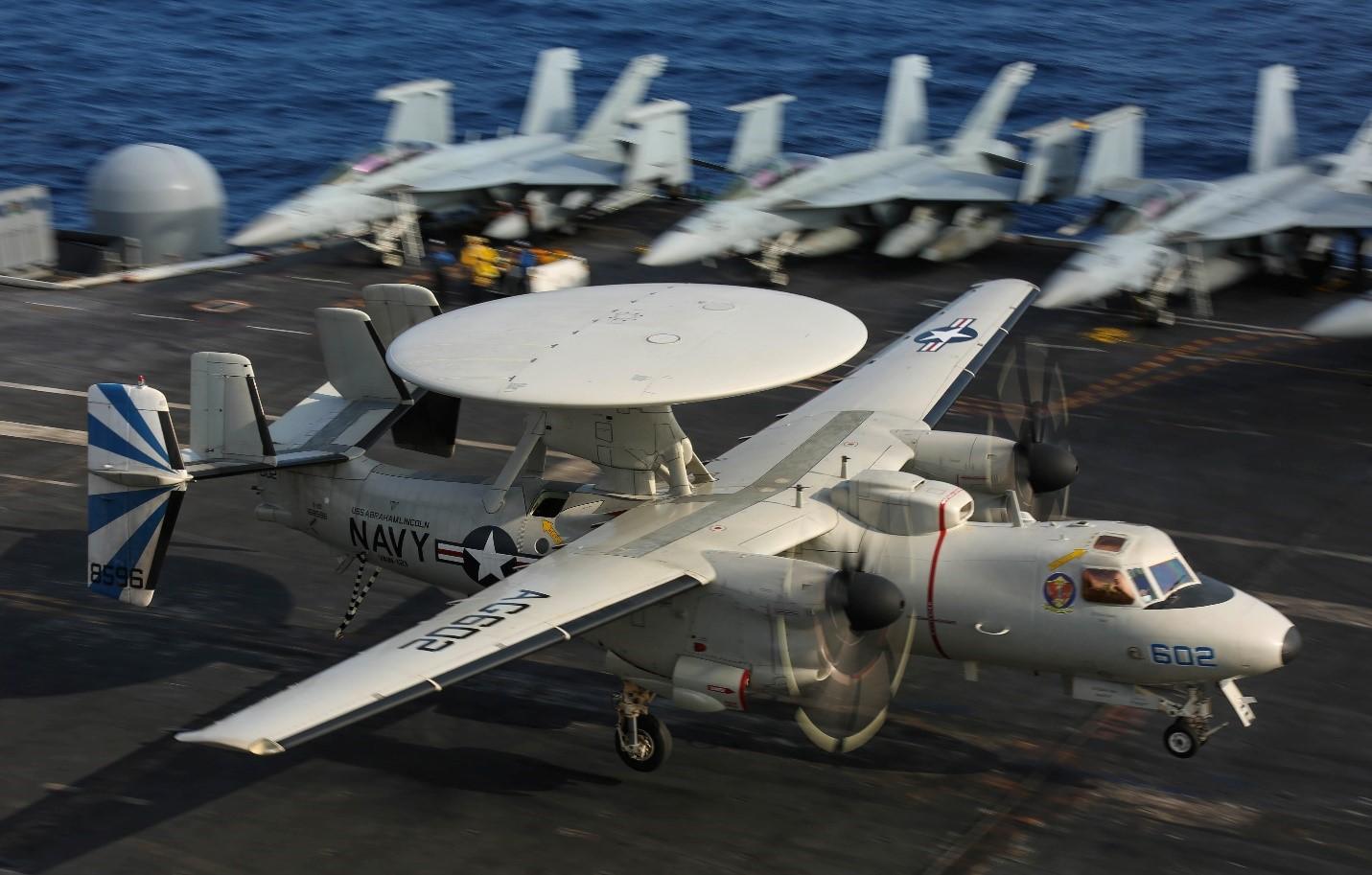 The new award, announced by the Pentagon late on April 10, modifies a $99.8-million contract awarded to Northrop Grumman in February 2018. The previous contract paid for long-lead parts and support associated with the full-rate production covered by the new multi-year procurement (MYP) contract.

Loaded with sensors and communications equipment, such as the powerful AN/APY-9 radar, the E-2D is often described as a carrier strike group’s “quarterback” because of its central role in executing a networked warfare concept. The Hawkeye increases battlespace awareness by detecting, tracking and linking sensors to shooters, according to Northrop Grumman.

“This is a critical element in providing the next generation of world-class command and control aircraft to the fleet,” Capt. Keith Hash, the Navy’s E-2/C-2 Airborne Tactical Data Systems Program Office (PMA-231) program manager, said in a statement. “The use of the MYP contract allows a substantial savings over the use of single-year contracts and helps us fulfill our mission to increase U.S. naval power at sea by providing our fleet the information they need to accurately plan and win the fight today and tomorrow.”

The new contract is a continuation of the Navy’s effort to upgrade the networked capabilities of its carrier strike groups. In 2014, the Navy awarded Northrop Grumman a $3.64-billion contract to build 25 E-2D Advanced Hawkeyes. Congress later added a 26th Hawkeye to the previous multi-year.

When compared to how much it would cost to purchase 24 aircraft using yearly contracts, the Navy predicts the new five-year multi-year contract shaves $410.6 million, or 11 percent, off the program cost.

The following is the full contract award announcement released by the Pentagon: