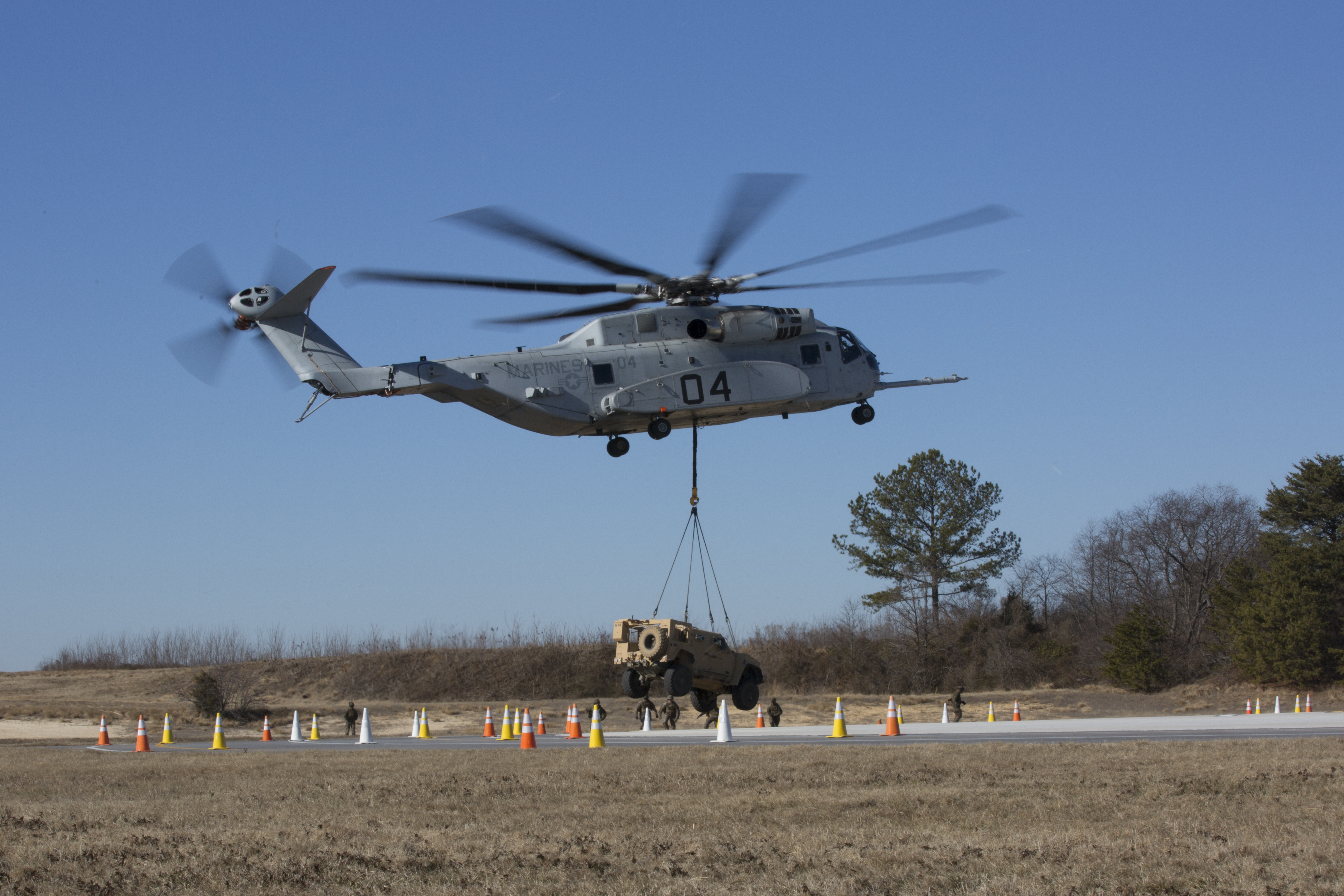 CAPITOL HILL – The Department of the Navy expects to sign a contract with Lockheed Martin for the CH-53K heavy lift helicopter “in the next coming weeks,” after a pause and a program restructuring effort that sought to rebalance risk and reward between the government and contractor.

Navy acquisition chief James Geurts told the Senate Armed Services seapower subcommittee today that, when he was sworn into his job in December 2017, “the way we set the strategy wasn’t working for us.” The Marine Corps heavy lift helicopter replacement program wasn’t achieving test points as fast as it should have despite the ongoing test flights, and there was no way to address deficiencies found in the helicopters and ensure that the fixes were incorporated into the production line for the first helos to come off the line.

Geurts said the Department of the Navy made a decision to pause testing and pause production contract negotiations.

“We’ve re-laid out the test program, we’ve redone our production contracts, and we’ve included in that negotiation on those contracts we’re about ready to award incorporation of the known fixes into the production lot, as opposed to retrofitting them after delivery, as well as some capacity in those aircraft to deal with problems as we discover them in the future – so we can reduce the concurrency risk, which was really what was bothering,” Geurts said today at the hearing.

Geurts told USNI News after the hearing that “what we’ve been able to achieve with the contractor, who brings great talent and capability, is a shared risk and shared reward. And so when we worked with them on restructuring the program, we wanted to balance the risk and balance the reward. As this program continues to work through the restructure and become successful, there’s opportunities to continue to enhance our abilities there: as we find risk, we need to be able to share those risks.”

He told lawmakers the department and Lockheed Martin are in the final stages of the contract negotiations and would sign a contract in a matter of weeks.

“We’re fairly confident we’ve got the design right,” Geurts said, noting that the helicopter has been through the toughest parts of its test plan and proved that its capability is right to meet the Marine Corps’ needs.
“We have some issues we have to work through, and that was the whole goal on that restructured program.”

Lt. Gen. Steven Rudder, the deputy commandant of the Marine Corps for aviation, said at the same hearing that the capability of the aircraft was just what the Marine Corps needed to support future warfare concepts such as Distributed Maritime Operations and Expeditionary Advance Base Operations.