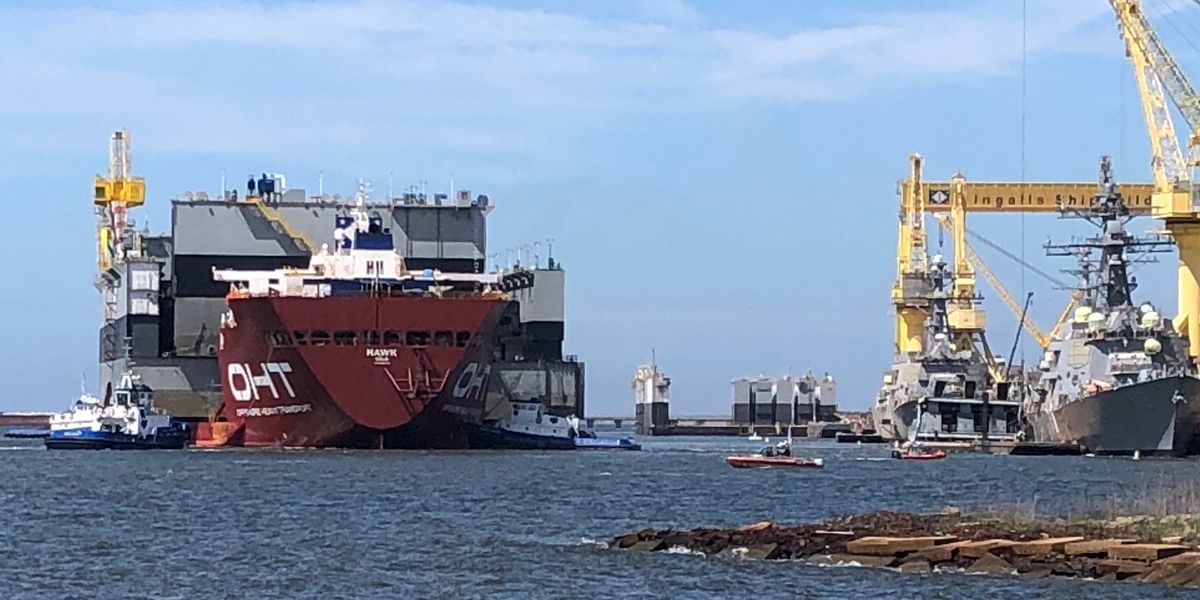 This post was updated with HII and Naval Sea Systems Command statements on the damage to Delbert Black.

An under-construction Arleigh Burke guided-missile destroyer was damaged by a barge while it was pier-side at Ingalls Shipbuilding in Pascagoula, Miss., according to a statement from Huntington Ingalls Industries.

Delbert Black (DDG-119) was pier-side at the yard at the same time heavy-lift ship M/V Hawk was arriving from Qingdao, China to deliver a floating dry dock, according to a report in The Maritime Executive. While approaching the yard, Hawk and the dry dock struck a testing barge alongside Black, according to the shipyard.

“The barge, which was supporting electrical work aboard the destroyer, in turn, made contact with the destroyer,” read the statement from HII. “There were minor injuries treated at the scene by Ingalls’ medical personnel. The incident remains under investigation.”

The destroyer suffered some damage as a result of the incident and took on water.

“There was some water intrusion into the ship, and that damage is currently being assessed and repaired,” a yard spokesman told USNI News on Saturday.

In a separate Saturday statement, a Naval Sea Systems Command spokeswoman told USNI News “the ship is stable and the Navy is working alongside HII to conduct further assessments and determine a repair plan. No significant injuries have been reported and all personnel have been accounted for.”

It’s unclear the level of damage to the dry dock or the barge.

The contract of the Flight IIA Delbert Black as awarded to HII as part of a 2013 multi-year destroyer deal. It was launched on September 2017 and is scheduled to commission later this year.

Hawk is among the world’s largest semi-submersibles and operated by the Norwegian company Offshore Heavy Transport. 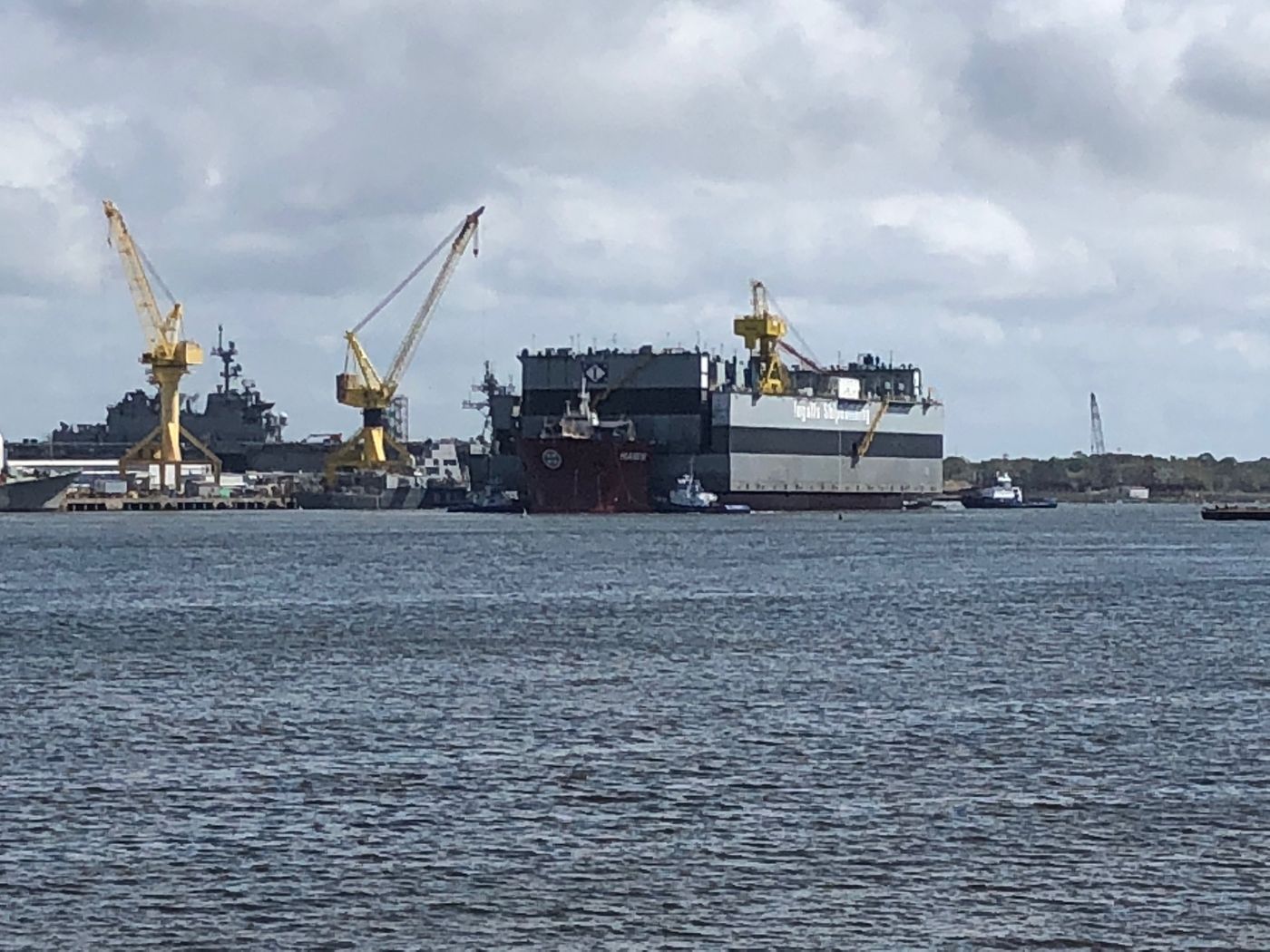 The following is the complete March 29, 2019 statement from Huntington Ingalls.

At approximately 10:13 a.m. (CT) today, a heavy lift ship delivering a floating dry dock to Ingalls Shipbuilding, made contact with a test barge berthed alongside the destroyer Delbert D. Black (DDG 119), which is under construction at Ingalls. The barge, which was supporting electrical work aboard the destroyer, in turn, made contact with the destroyer. There were minor injuries treated at the scene by Ingalls’ medical personnel. The incident remains under investigation.