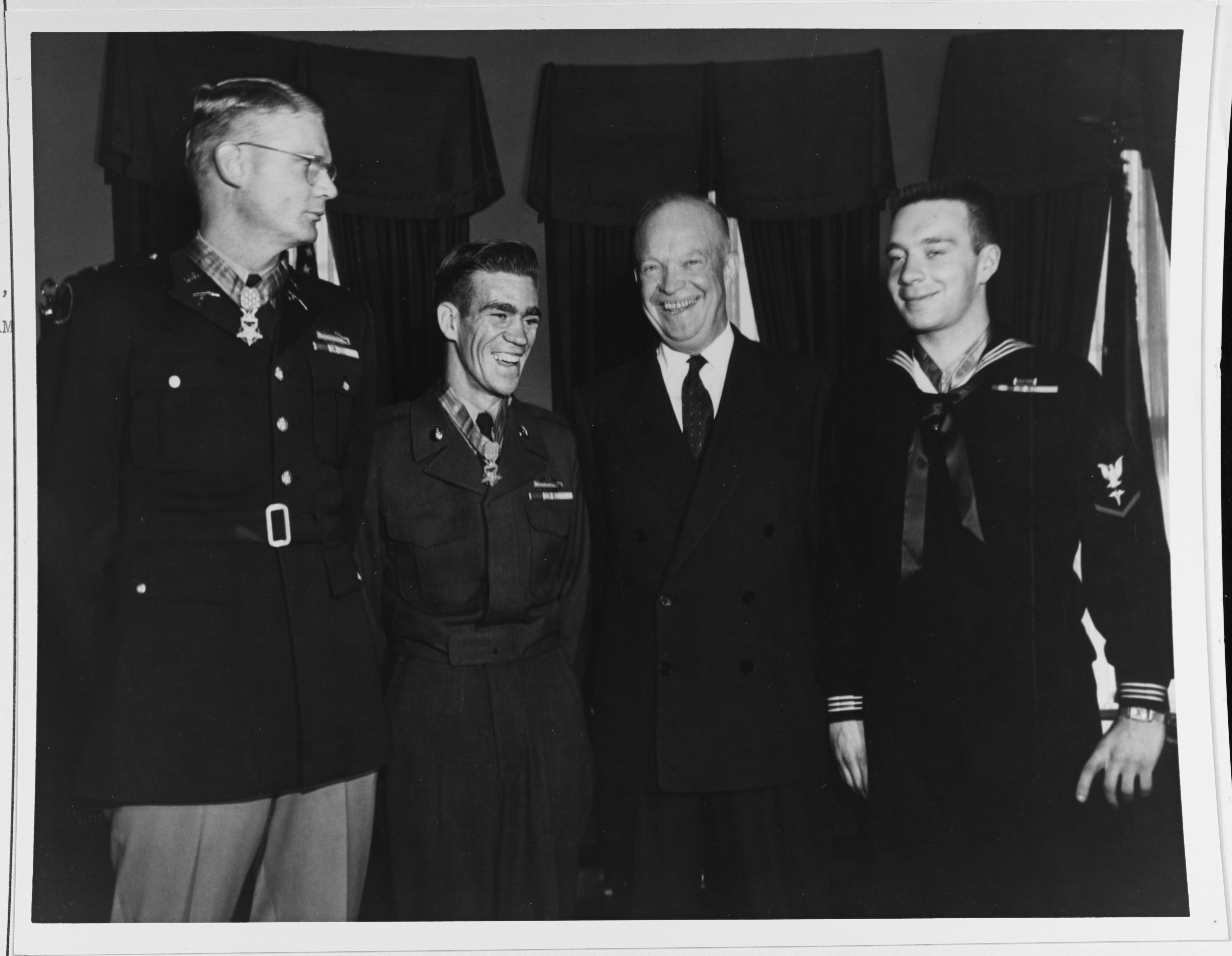 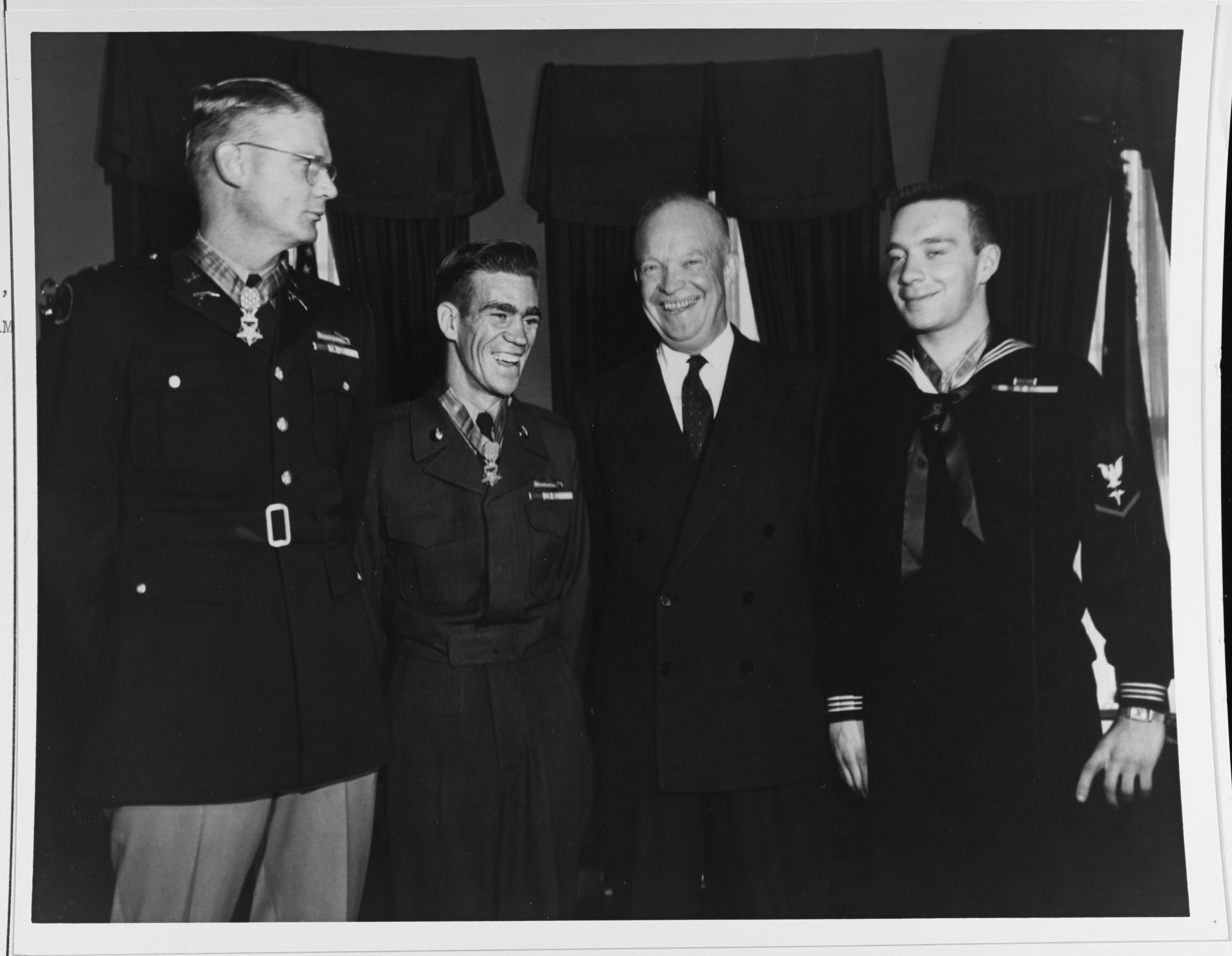 President Dwight D. Eisenhower poses with three men to whom he has just presented the Medal of Honor for conspicuous gallantry in Korean War combat action, at the White House, Washington, D.C., 12 January 1954. Those who received the medal are (from left to right): First Lieutenant Edward R. Schowalter, Jr., U.S. Army, honored for his actions near Kumhwa, Korea, on 14 October 1952; Private First Class Ernest E. West, U.S. Army, honored for his actions near Sataeri, Korea, on 12 October 1952; and Hospital Corpsman Third Class William R. Charette, U.S. Navy, honored for his actions in Korea on 17 March 1953. Official U.S. Navy Photograph, from the collections of the Naval History and Heritage Command.

The future Arleigh Burke-class guided-missile destroyer William Charette (DDG-130) will honor a hospital corpsman awarded the Medal of Honor for his actions in the Korean War.

Secretary of the Navy Richard V. Spencer announced the name of the future Arleigh Burke DDG on Monday. General Dynamics Bath Iron Works will build William Charette, which will use the Flight III destroyer design with an advanced AN/SPY-6(v) Air and Missile Defense Radar.

“The actions of Hospital Corpsman William Charette will neither be forgotten or diminished,” Spencer said in a statement. “Charette put himself at extreme risk during intense combat to render aid to Marines in need. His efforts saved lives, and I am honored that his legacy will live on in the future USS William Charette (DDG-130).”

Charette received his Medal of Honor for actions he took on March 27, 1953, when Chinese and North Korean forces attacked and overran two of three Marine hill outposts. While providing aid to a wounded Marine, an enemy grenade landed near Charette. He shielded the wounded Marine from the blast by placing his body on top of the man he was treating. Charette lost consciousness after the explosion, and then when he regained consciousness he continued providing aid to Marines, including using parts of his torn uniform to dress battle wounds, according to the Navy.